A Hat in Time‘s mod support is now official.

Developer Gears for Breakfast unveiled the Modding Update to the Steam version of the game today, which brings mod support out of the beta phase and natively integrates mods into the game’s loop. Now when you play mods and complete mod levels, you’ll receive Rift Tokens which you can spend on new hat flairs, remixes, and more. Gears for Breakfast will also incorporate two community-made mods into the game: dye-able main game hats and a German fan-translation. The update also adds Japanese language support, three new achievements, four new hat flairs, a redesigned pause menu, and the option to turn off mods from the settings menu. The update will come to GOG next week. Gears for Breakfast is also holding a contest with a $1,000 prize pool to see who can create the best Purple Time Rift map mod.

Not that mods are official, you may be wondering which ones you should check out. Well look no further. Here are 10 mods you should try.

In order to add the mods to your game, simply head to the mod’s page on the Steam Workshop and click on the subscribe button.

[A Hat in Time Mods] FLUDD 4-Pack Mod | Download in description!=== Description === Yahoo! FLUDD is back from Super Mario Sunshine and found its way in the hands of Hat Kid! A whole new set of moves are available to you with the press of a button! Re-discover what made a classic game from the Gamecube era so great. This time around, things are a…2018-03-08T20:20:06.000Z

Playing through A Hat in Time reminded us very much of Super Mario Sunshine and other GameCube-era platformers from the design of the levels to the graphics. Now you can take that association one step further and have Hat Kid don FLUDD and gain access to all its powers thanks to a mod by Xarathoss, JerseyXS97, Camb0t, Xandersilk, and MelonSpeedruns. The mod includes the hover, rocket, turbo, and squirting functionalities all in one FLUDD; there’s no need to search for boxes. Naturally, gliding and boosting around the levels can break the game a bit but it’s none the less fun to use FLUDD. The mod even includes a remix of the Delfino Plaza theme that plays in the file select menu.

With this mod by Argle Bargle, you can now play as A Hat in Time’s main friend turned antagonist Mustache Girl. You can switch between Hat Kid and her from the ship after defeating the Mafia Boss. She can’t use hats, climb walls, or do homing attacks, making her quite a challenge to play as. But if you want, you can use standard Hat Kid abilities via the Mod Config menu.

The modding community is filled not only with new power ups and characters to play as but entire levels as well. This mod takes place in a forest village for the Express Owls run by the Conductor. Not only does it have a series of fun challenges as you help out the village dwellers but it even has original dialogue. The creator, Lapppy, has also ben consistently updating the mod and fixing any bugs.

A Hat in Time released the same year as Super Mario Odyssey so it only makes sense for MelonSpeedruns and Camb0t to mod Cappy the cap into the game. The hat retains all the powers from the original including collecting items, bouncing off of it in midair, and even capturing enemies (though the latter functionality is still in the beta phase).

Express Owls In: Gold Leaf Galaxy | RELEASE TRAILER | A Hat in Time ModsGET THE MOD HERE: steamcommunity.com/sharedfiles/filedetails/?id=1209356792 Disclaimer: Gold Leaf Galaxy is a level from Super Mario Galaxy, owned by Nintendo. I do not intend to infringe copyright. I simply wanted to reimagine a fun level for entertainment purposes only! ———————— Hat Kid, the Conductor, and the Express Owls wind up on a familiar, but mysterious planet!…2017-11-24T05:41:11.000Z

Have fun in this recreation of Super Mario Galaxy‘s Gold Leaf Galaxy by FlameLFH. The custom level features fun platforming challenges and even its own boss battle. 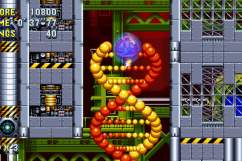 Sonic Mania: 10 Mods You Need to Try Out

Does Hat Kid dream of hat-wearing sheep? Not according to DanielCNR. What she dreams about is a surreal and challenging level with giant kitchens, cars, and more. Be sure to hit “e” to dismount the vehicle and disable Depth of Field before playing the level.

But keep your eyes peeled because the creators Elsie (LCL), Werti100, and JerseyXS97 are creating a second version of the level which includes replacing Time Pieces with Shines, technical fixes, and levels designed around the FLUDD mod.

See things through the eyes of Hat Kid with this mod by Jawchewa and MelonSpeedruns. It may make the platforming more difficult but it’s still a fun little experiment that’s everything it says on the tin. You can see it in action by taking a look at this video but be aware that it contains footage of the final boss of the game.

Want a decently challenging, vertically scaling level using most of Hat Kid’s powers with a dark and foreboding atmosphere? Then Travelling Merchant’s Cat Scratch Tower will sort you out. There are even some secret crows to discover.

Loved the stealth level in the base game and want more of that sneaky action? Then check out Werti100’s Operation: Caw Base Infiltration. The level will have you sneaking around the Caw agents and laser trip wires deep in a mountain base using most of your hats and badges.

For more gaming news, guides, and more, check out Heavy.com. 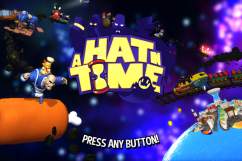 A Hat in Time Review: You Can Say My Hat Is Off to You

Read More
Games, Indie, PC Games
A Hat in Time officially has mod support. Here are 10 mods you need to try out.