Turtle Beach is synonymous with quality gaming headsets. PS4, Xbox One, and PC gaming enthusiasts have been treated to a line of signature headsets, such as the Elite Pro and Recon Camo models. The Ear Force Stealth 700 stands out among Turtle Beach’s products as well thanks to a suite of commendable features. If you’re in the market for a good pair of gaming audio wear and aren’t looking to break the bank, the Stealth 700 is a worthy option. But keep in mind that there’s an equal amount of cons that come with the more positive aspects of this wireless headset model.

From a visual design standpoint, the Stealth 700 looks as good as Turtle Beach’s other headset offerings. The cushioned ear cups feel great, especially for someone like me who always has to have his glasses on during gaming sessions. The sleek black and green markings fulfill the signature decor Turtle Beach’s brand is defined by. The only issue you’ll be forced to deal with is just how easy it is to pick up dust, dirt, and fur with the top of the headband. If you have pets running around your home, then you should expect to clean that portion of your headset on the regular. Aside from that issue, the Stealth 700 looks good and feels even greater. The most important aspect of any headset is its audio output. This model passes with flying colors in that regard thanks to its implementation of Active Noise-Cancellation and Superhuman Hearing. The additional surround sound feature is also impressive. I was more than pleased with the sound delivery that came through my headphones as I played explosive first-person shooters, listened to music on an iPad, and used them in conjunction with a VR headset.

The Stealth 700 is a strong Turtle Beach product. Only problem is is that you won’t get the most out of it unless you improve it through a firmware update. I’m too used to unboxing a gaming headset and easily connecting it in just a matter of minutes. Having to first hook it up to a PC, download the firmware update, and set it up so it became compatible with my Xbox One X felt like a chore. It works like a charm after that process is done, but having to do it in the first place while other headset models work as soon as you unbox them is a letdown. What’s also a shortcoming of this headset is its relatively short battery life. 10-hours is decent, but it doesn’t measure up that well when compared to other headsets’ battery lifespan (the Razer Thresher Ultimate headset can stay powered for 16-hours on a single charge, for instance).

The Stealth 700 is a worthwhile purchase, no doubt. Its audio capabilities are efficient, it looks great, it feels pretty comfortable, and its price point is easy to stomach. What keeps it from being a first choice option for gaming headset buyers are some issues that are hard to ignore. The headband easily picks up dust and fur, the battery life is a bit lackluster when compared to other headsets, and dealing with a firmware update for this model is unusual. The Stealth 700 is a decent audio product that’s sadly hampered by some nagging problems. 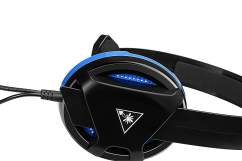