As of the time of publication, Fortnite hasn’t released any official information about the patch and its purpose is still being debated. Here’s what we know so far.

Many Fortnite players are reporting that the unexpected patch is about 323.3 MB in size on PS4 and other systems, including PC and Android. (Bravia_ on Reddit noticed the random update around 11:30 p.m. Eastern.)

Players were kicked out of the game because of the update. Here’s a photo that MenacingBeing on Reddit shared, showing the update on PS4 below:

Here’s another photo of the update, shared by Redditor evilhussy. This also shows that the update is 323.3 MB.

Reddit/evilhussyAnother look at the new update, as shared by Redditor evilhussy.

Fortnite hasn’t made any official statements or tweets about the update yet, as of the time of publication. However, many players believe this unannounced update may be related to numerous crashes that players were experiencing after the 5.21 patch earlier on August 15.  In fact, Epic Games announced earlier today that it planned to fix those crashes. Epic Games wrote:

“We’re aware of an increase in crashes in Battle Royale since the release of v5.21. We’ve identified the issue and are working towards a fix. We’ll update you once we have more information. Update – The following platforms have received a client update to resolve the increase in crashes related to patch v5.21: PC, Mac, Android, PS4.”

Some other players have noticed that the shotgun delay seems to be faster, but it’s unclear if that is related to 5.21 or the later unexpected update.

We’re hoping that this unexpected update will indeed fix the numerous crashes. When Fortnite releases an official notification about the update, likely sometime on August 16, we will update this story.

(Note: The update should not be confused with Patch 1.7.2, which Epic released on October 17, 2017. It’s unclear why this update wasn’t called 5.21.1 across the board. A few players have said the update appeared as 5.21.1 for them, but this hasn’t been confirmed.)

If you’re experiencing a problem because of the update, such as not being able to download the update at all, try canceling the download and restarting, or turning off your system and turning it back on. It sounds like cliche advice, but most people who are playing the game have noted that it’s working for them.

If you noticed this unexpected update, let us know in the comments below.

Read more about the 5.21 Patch in Heavy’s story here or below. 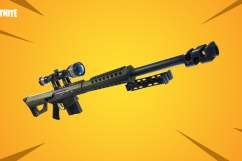 Read More
Android, Breaking News, Fortnite, iOS, Nintendo Switch, PC, PC Games, PC Gaming, PS4, Xbox One
Here is what we know so far about that unexpected Fortnite update labeled Patch 1.72, and what to do if you're kicked out and can't make the update work.