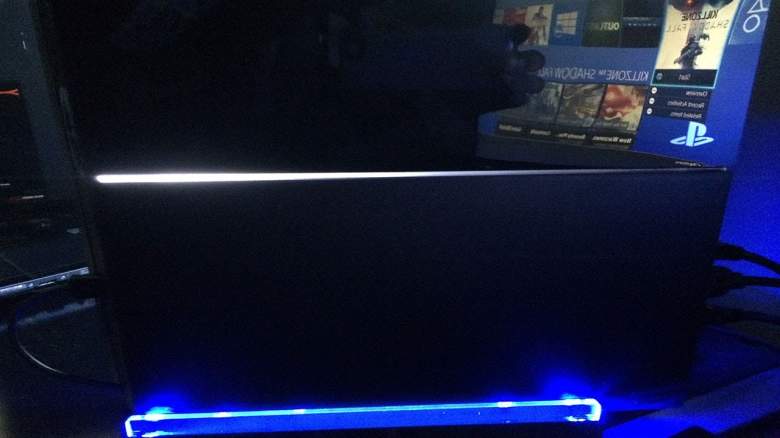 Looking to find the best PS4 stand on the market? Look no further than the list below.

There are many different PS4 stands available to stand your PlayStation 4 upright. After all, not all entertainment centers have room for a horizontal gaming console. While most gamers have no issues with having their PS4 horizontal — clearly the way that Sony wants you to use it — some people would prefer to use a PS4 stand so that their PS4 gets better ventilation. And, it’s not all about getting better ventilation, either; some PS4 stands add a bit of flair to your PS4.

So without further ado, here are the top 5 best PS4 stands available:

The Tosa Blue Light PS4 stand is probably what I’d consider being the best PS4 stand available. It adds a cool blue glowing light to the bottom of the PS4, and it has three USB ports on the front of it to enable flexible operation. It fits the PS4 perfectly, and it costs less than $17.

If you have a white PS4, save space around your TV with the Limited Edition Glacier White Vertical PS4 stand. It’s very sturdy and has a nice weight to it so that it doesn’t slide very easily. It locks into your PS4 so that it’s extra secure, and has a very modern style feel to it.

Pythons has a new vertical stand for the PS4 that has fans on the bottom of it to keep your PS4 cooler, as well as charging docks for two PS4 controllers. The fan can be turned on and off so you don’t always have to deal with the noise. It also adds extra USB ports for more versatility. Pythons also added a blue LED indicator light on the front of it.

Ortz’ PS4 stand is similar to Pythons’, but it is a little bigger and, therefore, a little sturdier. It also has 3 USB ports and two charging ports for your PS4 controllers, and it has two fans to cool your PS4 as to prevent it from overheating. It’s also not as loud as the Pythons, and it is the highest rated stand on Amazon.

Of course, you can’t go wrong with an official Sony product. Their official stand doesn’t come with any charging stations or fans, but it has a nice weight to it and has a clean look. Plus, you get the added benefit of security as it locks into your PS4.

Read More
Gaming Accessories, PlayStation 4, PS4, Shopping
You can even add more blue lighting to your PS4 with a brand new stand.