There’s something about fighting off the undead horde that never gets old. Whether it’s pulling off a bone-crunching X-Ray kill with a sniper rifle or watching a swarm of ghouls explode when they step on a mine, Zombie Army 4: Dead War always finds a way to keep the player engaged. The fourth installment in Rebellion Developments’ Sniper Elite spin-off series, Dead War sends up to four players on a journey through Italy to stop the zombie infestation. Despite some visual and gameplay issues, Zombie Army 4 is a compact, enjoyable experience.

After selecting one of four characters, you are sent on 9 different missions to take down a zombie-spawning Hell Towers. Broken up across 3-4 chapters per mission, this roughly 10-hour campaign keeps encounters fresh thanks to unique locations and enemies. One mission has players exploring an abandoned zoo while another is set against the backdrop of an erupting volcano. Almost all of them are instantly memorable and Rebellion Developments does a superb job making each location feel equally distinct.

Unfortunately, what you are doing in these macabre levels is not as inspired. Most of the time, Zombie Army 4 has you either defending a location, transporting objects such as gas canisters, or simply killing zombies until a path is opened. It’s fun for the first few hours, but you’ll quickly find yourself falling into a familiar rhythm as waves of undead wash over you. I wish Dead War’s missions offered more than the same objectives with only slight twists. 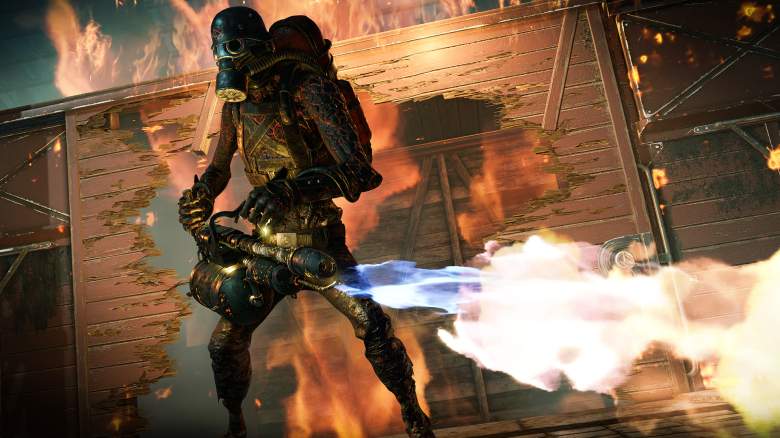 Rebellion does attempt to alleviate this issue via various challenges tied to each chapter. These range from landing 75 headshots with a handgun to completing an objective within a specific timeframe. Completing challenges rewards players with critical Upgrade Kits used to improve your weapons. This gives a nice weight to challenges, encouraging players to either replay or go for these optional objectives.

Zombie Army 4: Dear War also includes a Weekly Challenge and Horde mode. The former is a reworking of a campaign mission with additional modifiers such as being able to only use your sniper rifle. Horde mode is a little more traditional, with players attempting to survive rounds of increasingly more dangerous zombies. Both serve as a nice alternative for leveling up your character, even if Horde mode only launched with four maps.

Standing in your way is an ocean of undead flesh, each of them eager to chomp, claw, and tear you apart. Basic ghouls make up the rank and file, serving as a shambling shooting gallery that rarely poses a threat. Supporting these enemies are various special units that bolster the horde’s defenses making them difficult to overcome. Officers continuously spawn new zombies, while snipers leap from building to building in hopes of raining hell down upon you with high caliber rifles.

However, it’s the elite zombies that make up the majority of Dear War’s challenges. These hulking tanks of flesh are difficult to take down, with many of them able to withstand concentrated gunfire and explosions. Each wields a powerful weapon such as flamethrowers, heavy machine guns, and large buzzsaws that can decimate your health bar. This makes them especially dangerous, which helps raise the game’s generally easy difficulty.

Understanding how to balance all of these foes is the core of Zombie Army 4’s moment to moment gameplay. Every chapter is designed to let you funnel foes through tight chokepoints or exploit wide open spaces to escape being surrounded. Scattered throughout each level are different traps that can decimate zombies if used correctly. Electrocuting a giant zombie shark so it eats a bunch of enemies is exactly as wacky as it sounds. 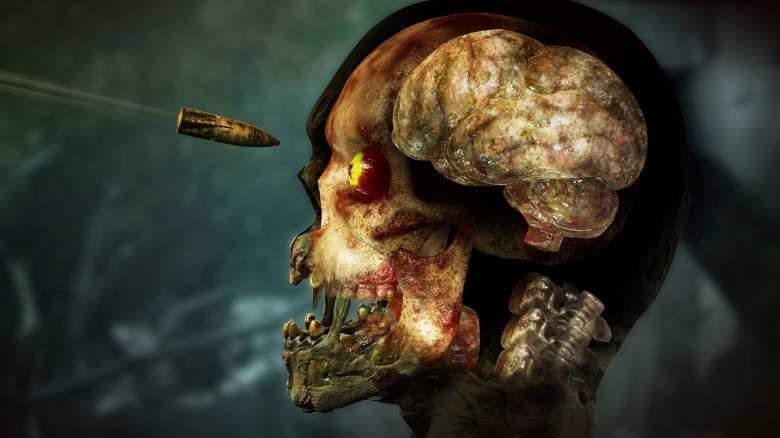 Of course, the main way of dispatching ghouls is with your trusty weapons and explosives. Each character can carry one sniper rifle, a secondary such as a shotgun, and a sidearm. Despite the small weapon pool, all of these can be upgraded and enhanced with various traits that give you a fighting edge. Do you make your machine gun spew out explosive rounds or craft a scope that returns health upon a successful critical kill? Dead War constantly asks players to make tough choices about what traits are most important to them. But, the lack of a respec system is disappointing, especially since you’ll want to constantly experiment with different upgrades.

Building upon these upgrades are perks, which act as passive bonuses that are enhanced by completing specific challenges. This is a much better way, as you’re never locked into one set of perks over another. Tailoring your gear to the mission is key, especially on harder difficulties or when playing alongside others.

Visually, Zombie Army 4: Dead War is hit or miss. While the zombies, X-Ray effects, and explosions all look superb, living NPCs are often very wooden. Fire effects also look terrible, especially when you set a ghoul ablaze. Instead of roaring flames, they’re just covered in a weird orange glow that doesn’t live up to the spectacle Rebellion Developments is trying to sell. I don’t expect hyper-realism, but graphically the game should at least be consistent with its level of detail and aesthetics. 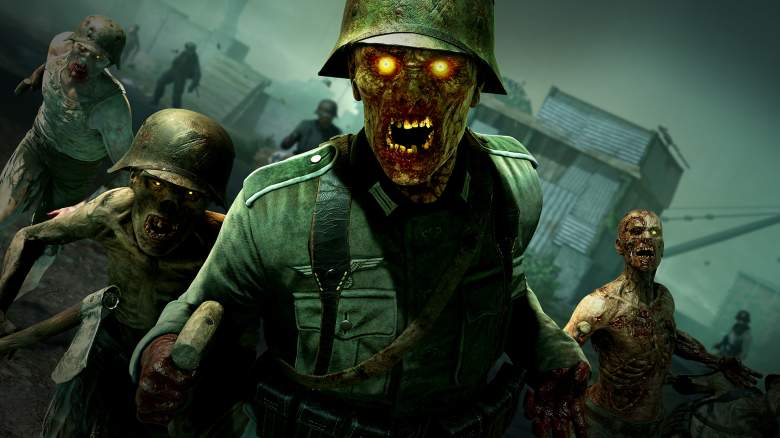 Zombie Army 4 isn’t breaking any new ground, but it’s engaging gameplay and wacky sensibility carries the 10-hour campaign. Even if you aren’t motivated to keep playing after the credits, there’s just enough rotten meat on the bones to justify giving this title a try. Thanks to its creative level design, horrific zombies, and satisfying weapons, Dead War is a brief, but ultimately enjoyable experience.