So for those looking forward to the fourth season of roster updates, balance adjustments, and more for Tekken 7, then you’re in luck.

The familiar series development duo of Katsuhiro Harada and Michael Murray was on hand to present new information about Tekken 7’s immediate future. Their highly anticipated reveals came after an exciting array of online battles from the US East Open Tournament for the game. The mystery character shown at the end of the first Season 4 trailer was officially unveiled to be none other than Kunimitsu, Tekken’s classic kunoichi combatant. Kunimitsu arrives with her very own stage this time around (Vermilion Gates) and has access to an even flashier array of kunai- and kodachi-based maneuvers. What makes this version of Kunimitsu a bit different is the fact that she’s the daughter of the original woman who donned the mask. And what’s even crazier is the fact that she takes off her mask and actually speaks far more than her predecessor.

Kunimitsu and her signature arena are on track to arrive sometime later this fall. The other DLC character (who’s still a mystery at this point) and stage set was shown to be coming sometime in early spring 2021. After Kunimistu’s reveal, Harada and Murray went into detail about Tekken 7’s online mode improvements, new moves being implemented within each character’s moveset, the newest online player ranking title, changes to the entire roster’s life meter, and so much more.

Tekken 7 is looking like it’s going to be refreshed and revived for the hungry FGC once more. 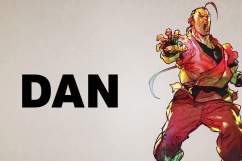