Amber Rose likes to keep herself busy, and she has a net worth of $12 million to show for it, according to Bankrate. She owes her fortune to multiple projects that include modeling, acting, and creating her own emoji app.

Amber Rose Net Worth is $12 million.

Rose’s career took off thanks to her appearances in music videos, but as a teenager, her life was far from affluent. After her parents divorced, Amber became a stripper to support her family. She worked as a stripper from the age of 18 until she was 25. This was not a tragic time of her life, as she said to Cosmopolitan. On the contrary, she says it set the base for her feminist activism. Still, her positive words about her past have not been enough to avoid being judged for that portion of her life. More recently, she has also been criticized because of her choices on how she expresses her sexuality, the people that she dates, her public feuds (namely with the Kardashians), and even because of her parenting.

Rose has found a way to turn that negativity into something useful, having become a “feminist monster“, as she views herself, and being a very vocal denouncer of sexism and the violation of women’s rights. Plus, along the way she’s made millions.

Here’s what you need to know about Amber Rose net worth and how she makes her money:

1. Hip-Hop Videos Kicked Off Her Career

Rose’s career in the entertainment industry began when she was cast in high profile artists’ videos such as Ludacris’ “What Them Girls Like,” Young Jeeze’s “Put on,” and more recently, Nicki Minaj’s “Massive Attack” and Wiz Kahlifa’s “No Sleep”.

Her music video appearances caught the attention of Kanye West, and he featured her in his sneakers campaign for Louis Vuitton. The two also briefly dated. Afterwards, she had her first runway walk as a model for Celestino during New York’s Fashion Week. About his choice for Rose as part of his show, designer Sergio Guadarrama said, “We requested her specifically […] we had the choice of big models, but we wanted Amber Rose. I mean, she’s Amber Rose, so she was going to close our show no matter what.” Ford models signed her in 2009 as well, but they went their separate ways in 2010.

Amber is not limited to the background of other people’s music hits. In 2012, she launched her own music career by releasing her first single, “Fame,” which was followed by the track “Loaded.” She has also sung alongside her former husband, Wiz Khalifa. However, she decided not to continue her music career when she became pregnant with her first son, Sebastian, as she explained in an interview.

Wanting to take on other challenges, Rose became an actress as well. She has obtained a series of roles in films such as Sister Code, School Dance, and What Happened Last Night. None of these have had major box office success, but they have enabled Amber to obtain other parts. She has also made guest appearances in shows such as Black-ish, Selfie, and Spirits of the Dead.

2. She’s Tried Her Hand at Everything From Writing to Podcasts 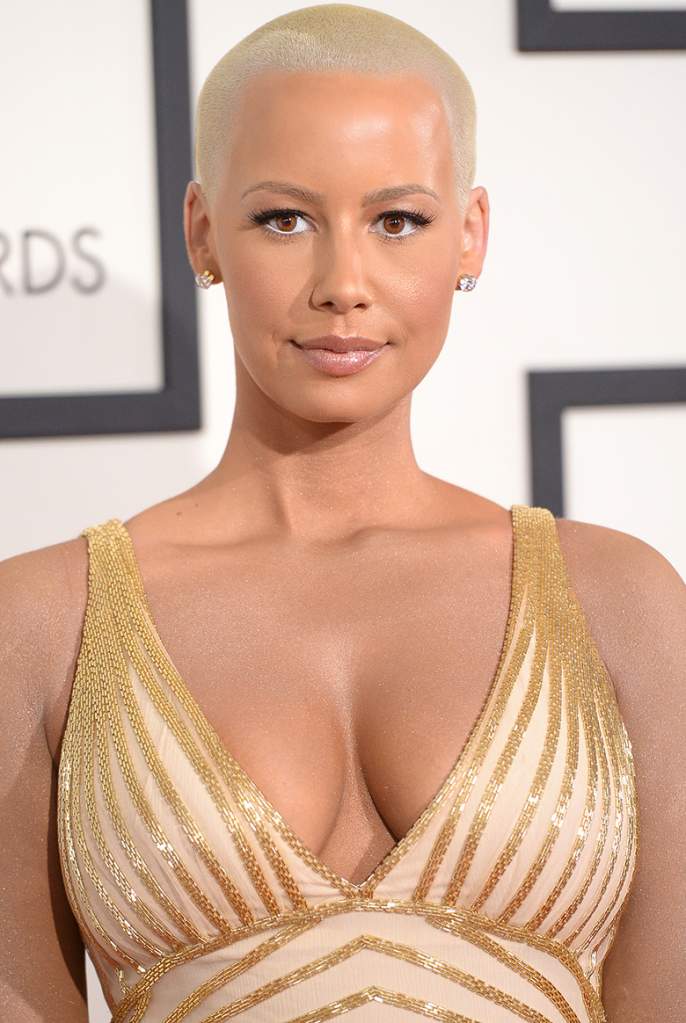 Aside from acting and singing, Rose tried her hand at writing. In 2015, she became a published author with her book How to be a Bad Bitch, ranking at number two on the iTunes audiobook store. In this book, Rose advises women on various topics such as relationships, self confidence, finance, and how to become an independent, self-sufficient woman in general. The book received mixed reviews, with some saying it is contradictory because most of Rose’s advice revolves around the male gaze upon women.

For some time, she hosted her own talk show, The Amber Rose Show, which aired on VH1 and was produced by Dr. Phil and Rose herself. It was supposed to be a “sex-positive, judgement free zone.” The show was canceled after its first season, but the end of her talk show would not be the end of Rose. In 2016, she was announced as the host of Loveline, a former radio show now revived as a podcast, where she openly addresses issues regarding love, sex, and any other topic her listeners may have in mind.

In 2015, it was reported that amber would go on an interactive tour where she would visit several cities such as Las Vegas, Miami, and Chicago to candidly discuss topics with a live audience. Apparently, the star was offered $8 million for this deal. However, the tour has yet to be carried out, and neither tour dates nor ticket prices have been announced.

3. She Makes Much of Her Money From Reality Television, Endorsements, and Emojis

Much of Rose’s fortune has been amassed from reality TV. She has been a judge on reality shows such as RuPaul’s Drag Race, Master of the Mix, America’s Next Top Model, and has also appeared on Running Russel Simmons and Hip Hop Squares. In 2016, Rose participated in Dancing with the Stars, coming in 9th place with her partner, Maksim Chmerkovskiy. It has been reported that the stars of this show earn a base salary of around $125,000 and that they are also given bonuses for each week they remain in the contest.

Amber Rose on Dancing With the Stars (Getty)

Rose is also paid for making appearances to promote nightclubs, and she can earn anywhere from $50,000 to $250,000 per night.

In 2016, her net worth got a boost thanks to the creation of her emoji app, Muvamoji. The app quickly reached number one in the iTunes app store and earned $4 million in just a few days.

The entrepreneur is also interested in fashion and beauty. She became the face of Estée Lauder’s flirt cosmetics. This business relationship began thanks to the high number of followers on Rose’s Instagram (12 million at the time they signed the deal). In 2017, Rose and her friend, makeup artist Priscilla Ono, released their own line of liquid lipsticks. They could not find a long-lasting formula with good coverage, so they created one. “It’s really thin. It doesn’t get chunky throughout the day,” which is what makes the lipstick different and unique, said Ono.

4. After Making Mistakes, She’s Careful With Her Money

The house in which Rose currently lives cost her $4 million. Located in Tarzana, California, the estate measures 7,233 square feet and has six bedrooms and eight bathrooms. It is adorned with luxurious items, high ceilings, several fireplaces, and glass doors, and also has a library, a patio, a lighted pool, and a tennis and basketball court, among many other amenities. She has listed her former property in Los Angeles for $5.1 million. As described by Architectural Digest, the 9,300-square-foot house contains six bedrooms, seven bathrooms, a home gym, a guest house, a pool, a spa, and parking for eight cars.

Rose drives in style as well. She owns an remarkable collection of vehicles, including a Gallardo Spyder Lamborghini, valued in $181,900, as well as a Ferrari, a Jeep, and an Escalade. What is more, she bought a Rolls-Royce estimated at $371,000 to match her best friend, Blac Chyna, who had bought a similar vehicle just days before Rose.

Though she has high-end taste, Rose is careful when it comes to money. As she explains in her book, this is something that she had to learn during her youth, when she had to buy her clothes from thrift stores. She advises her readers to pay all of their bills before they spend their money on anything else in order to avoid hardships and financial struggles. She told Time that one of the reasons she’s careful with money now, is because when she first became wealthy she spent too much.

“one of the biggest financial mistakes that I ever made was making a lot of money—I wanna say I made $1 million in 2011—and I spent all of it. And then after that, I had to pay taxes, and I did not have money for the taxes, and I was like, ‘I cannot believe I did this.’ And I really had to start over … I know a whole lot of people that don’t pay taxes. And it comes back to bite you in the ass. Trust me. So I did pay all my taxes off, and I feel amazing now, but it took a lot of hard work.”

5. She Spends Her Time and Money to Help Women

Amber is an active defender of women’s rights. She created the Amber Rose Foundation, an organization which aims to raise awareness about women’s rights, victim blaming, and other issues concerning gender equality.  One of the causes for which Amber and her organization advocate most passionately is the eradication of slut-shaming and the demeaning of women for having any kind of sexual history.

For three years in a row, she has organized the SlutWalk in Los Angeles. The march is meant to empower women and protest sexual harassment, violence, and any other degrading behavior. She has also released a t-shirt line embellished with typically derogatory terms such as “slut” and “hoe,” in an attempt to “rid them of their power to shame and control women,” according to the Washington Post. Rose has been criticized for the approach she has given to the cause, especially by those saying she promotes promiscuity.

HIV is another cause close to Rose’s heart. In 2015, she attended a benefit event for the AIDS Healthcare Foundation. She also took part in the Know Your Status Tour by the same organization, whose aim is to “[educate] college students on the importance of safe sex, taking the proper precautions to avoid contraction of STDs, and if already infected, how to combat and live a normal day to day life with their disease.” In regards to this subject, she tweeted, “HIV/AIDS is still a HUGE Epidemic especially amongst African American Women. Realistically- Keep [your] partners to a minimum & ALWAYS Strap up!”