Justin Timberlake’s net worth is an estimated $230 million, according to Celebrity Net Worth.

Timberlake, who found fame at a young age with the Mickey Mouse Club, rocketed to boy band and teen heartthrob fame, and built a successful solo career as a singer and actor. Most of his earnings come from album sales and touring, though he has made money acting in movies like “The Social Network” and “Friends With Benefits,” and through investments and his tequila brand Sauza 901.

Timberlake and his wife Jessica Biel own three homes, two of them worth more than $20 million. He’s also helped raise millions for charities, including the Shriners Children’s Hospital.

1. *NSYNC Was One of the Most Successful Boy Bands of All Time, but in the Beginning the Members Only Got a $35 Weekly Allowance 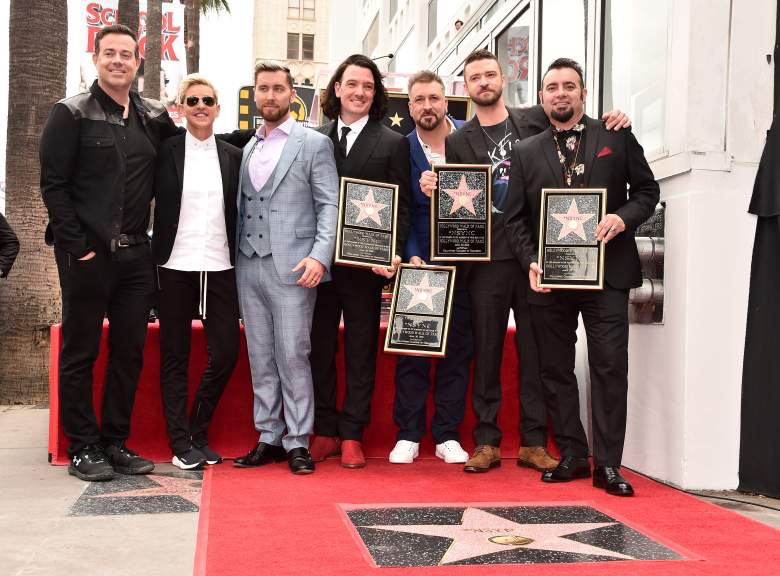 Justin Timberlake was a contestant on Star Search in 1991, which led to his role on the Mickey Mouse Club along with JC Chasez, Britney Spears, and Christina Aguilera. When the show was cancelled, Timberlake and Chasez were recruited to become part of a boy band, along with Lance Bass, Joey Fatone, and Chris Kirkpatrick. With that, *NYSYNC was born, ushering in an era of dancing, pop-singing boy bands.

All three *NSYNC albums were certified multi-platinum, selling more than 30 million albums combined. They quickly became one of the most successful boy bands in history. Though their albums were flying off the shelves and their tours were selling out, Lance Bass told The Hollywood Reporter each member was given an allowance of $35 per day.

“After three years of doing this, having a No. 1 album, being the biggest band in the world, we weren’t seeing any paychecks,” he said.

In 1998, the band was set to receive their first paycheck, and it was only $25,000. They switched record labels the next year, moving to Jive records where their contract gave them a higher cut. In 2000, *NSYNC sold $267 in album sales and “No Strings Attached” tour revenue.  “Bye Bye Bye” and “It’s Gonna Be Me,” both songs from the album, hit number one on the Billboard Hot 100.

The band had a number of Billboard hits. “No Strings Attached” and “Celebrity” reached number one on the Billboard 100, “N Sync” reached number two, and “Home for Christmas” peaked at number seven.  Their top songs included “It’s Gonna Be Me,” “Music of My Heart” featuring Gloria Estefan, “Bye Bye Bye,” “This I Promise You,” and “Girlfriend” featuring Nelly. In 2017, they were honored with a star on the Hollywood Walk of Fame.

2. His Solo Career Has Made Him Millions In Album and Tour Sales

In 2004, Justin Timberlake decided to leave *NSYNC and start a solo career. This is when he really started making money.

After the show it’s the afterparty. Good times @spotify #AboutLastNight

His first album, “Justified” won two Grammy awards (Best Pop Vocal Album and Best Dance Song) and peaked at number two on the Billboard charts. It sold 3,969,000 copies. His next album, “Future Sex/Love Sounds,” sold 4,720,000. His highest selling digital song sales were “Sexy Back,” with 4.9 million sales, and “Mirrors,” with 3.9 million sales. Total, as a solo artist Timberlake has sold 12.4 million albums and 2.6 billion on-demand song streams, according to Billboard. In 2009, Timberlake reportedly earned $20 million while touring with Jay-Z, and in 2013 he earned $213.7 million in ticket sales on tour for “The 20/20 Experience.”

So far, Timberlake’s latest album “Man of the Woods” sold 293,000 units in the first week and debuted at number one on the Billboard 200. The tour has brought in $36.6 million and sold 255,780 tickets so far. There are still 27 shows in the United States and a European leg to cover, and Billboard estimates in total the tour could make $275 million.

3. He’s Made Some Questionable, and Some Lucrative Investments Over the Years

Though he’s one of the most recognizable performers of the last few decades, Timberlake decided to try his hand at acting as well. He starred in “Friends With Benefits,” which made $149.5 million at the box office, “Bad Teacher,” which made $216.2 million, and “The Social Network,” which made $224.9 million. He also had roles in “Yogi Bear,” which made $201.6 million, “In Time,” which made $173.9 million, and was the voice of a character in “Trolls” and also provided the song “Can’t Stop the Feeling.” The movie made $152 million, but it is unclear how much he was paid for each of these roles.

In 2011, Timberlake invested $35 million in MySpace in part of an effort by Specific Media and News Corp. to turn the failing company around.

“There’s a need for a place where fans can go to interact with their favorite entertainers, listen to music, watch videos, share and discover cool stuff and just connect. Myspace has the potential to be that place,” Timberlake said. “Art is inspired by people and vice versa, so there’s a natural social component to entertainment. I’m excited to help revitalise Myspace by using its social media platform to bring artists and fans together in one community.”

MySpace couldn’t be made more popular than Facebook, and is now owned by Time, Inc.

Timberlake has other investments to fall back on, though. He owns stock in William Rast clothing;owns Mirimichi Golf Course in Memphis, Tennessee; owns Tennman Records; invested $2 million in Stipple, a photo startup; and invested in Tapulous, an app maker that was acquired by Disney, according to Forbes. He also invested in Bai Brands in 2016. The company was expected to generate $300 million in revenue in 2016, according to Fortune. Timberlake is part of the marketing strategy.

“I’ve been a fan of Bai for a long time,” he said in a statement about the partnership. “This partnership was created from a shared desire to help people put better ingredients in their bodies without sacrificing taste.”

He also owns Sauza 901 tequila, which he reportedly mixes with Bai’s Tanzania Lemonade Tea. The tequila, originally called 901 and sold through Anheuser-Busch InBev, is named after his area code in Memphis, Tennessee. Sales of the tequila tripled in 2010, according to the St. Louis Post-Dispatch. In 2014, Timberlake and InBev parted ways, and he took his tequila to Beam, Inc. which made it part of the Sauza line. They called the new tequila a “restaging” of the 901 brand. Sauza is the second-largest tequila brand in the world and Sauza 901 retails for around $30.

Not only is @jtimberlake golfing w/ the pros this weekend at @attproam, but he's also mastered the perfect pour. pic.twitter.com/UOwKuuSfct

My love for tequila began a few years ago after I visited the tequila heartland of Jalisco, Mexico, and saw the passion and craftsmanship that goes into every bottle,” Timberlake said. “That trip inspired me to create 901, and I’m thrilled to partner with Sauza so we can continue to bring the world 901.”

Previously, Timberlake had an endorsement deal with Bud Light. He’s also endorsed Sony products. His earnings for these deals are not currently known. He made $6 million for working with McDonald’s, and has also partnered with Chili’s and Pepsi.

4. He Owns Two Homes Worth More Than $20 Million, Plus a Third Worth $8 Million

Here we come!! And DAMN, my wife is hot! #TIMESUP #whywewearblack

Timberlake and his wife Jessica Biel were married in a $6.5 million wedding in Puglia, Italy. They now own three homes, one in Hollywood, one in Montana, and one in New York City. His Tribeca apartment, a $20 million-plus penthouse at 443 Greenwich Street, is in the same building where Blake Lively and Ryan Reynolds, Jennifer Lawrence, Harry Styles, Jake Gyllenhaal, and others own homes. The building has numerous security measures in place, private indoor parking, and a 24-hour concierge. Timberlake’s 5,000 square foot apartment also has a large private terrace, four bedrooms, four plus bathrooms, a large kitchen, and an entertainment room. The final price was $20,185,527.38, according to Curbed.

Timberlake purchased his Hollywood Hills home in 2002 for $8 million. It has a basketball court, a hot tub, a swimming pool, a putting green, and a recording studio. Timberlake and Biel also own a home in Montana in the Yellowstone Club, a private community in the Rocky Mountains. Membership costs $400,000 and there’s a $41,500 annual dues fee. Once in, members have access to 2,700 acres of private snow, 16 ski lifts, and 15,200 acres of nature. Homes in the community cost as much as $25 million, according to the Daily Mail. Tom Brady and Gisele Bundchen and Bill and Melinda Gates also own property in the club.

5. He’s Given Millions to a Children’s Hospital and Lent His Voice to Causes 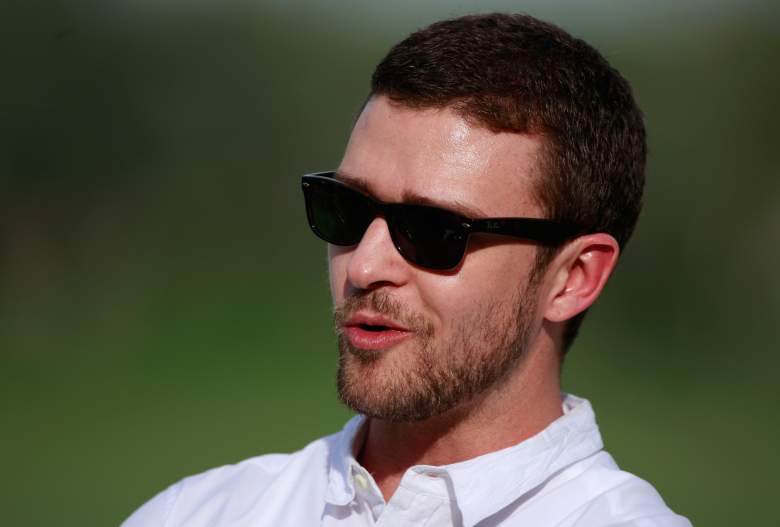 Tournament host Justin Timberlake speaks to the gallery after the final round of the Justin Timberlake Shriners Hospitals for Children Open at the TPC Summerlin on October 2, 2011 in Las Vegas, Nevada. (Getty Images)

JT has given his time and money to charitable causes over the years. In 2011, he was given the Big Help award for his work raising money for the Shriners Hospital for Children. During his acceptance speech he said, “My parents taught me it was way better to give than to receive. So when you get home, do something totally unexpected: listen to your parents!”

After counter-protestor Heather Heyer was killed in the white nationalist rally inCharlottesville, Virginia on August 12, Timberlake participated in a benefit concert hosted by the Dave Matthews Band. Proceeds went to the Concert for Charlottesville Fund, which assisted first responders and families. Chris Stapleton, The Roots, Ariana Grande, Alabama Shakes, and others also participated.

He also donated the $3 million he was paid for a DirecTV Super Bowl-eve party to the Shriners Hospital for Children. Timberlake worked closely with the hospital in 2008, helping to raise millions of dollars through the Justin Timberlake Shriners Children Open golf event. However, he and the charity parted ways after the Shriners said Timberlake wasn’t involved enough. The $3 million donation could rebuild their relationship.