Pop star Britney Spears burst onto the music scene with her first single, ‘Baby One More Time,’ making her an instant sensation and one of the biggest pop superstars of the early 2000s. After a few more successful albums, she hit a rough patch, which she emerged from to take up residency in Las Vegas, where her final show had the  “highest reported take for a single show in a theater residency ever in Las Vegas,” according to iHeart Radio.

Britney Spears Net Worth is $215 million

Spears is worth $215 million according to Celebrity Net Worth, and $34 million, according to Forbes. Celebrity Net Worth says the discrepancy comes because some records only show the wealth she has in a trust controlled by her father. The site says their estimate includes all other assets, in addition to the money in her trust.

Whether she’s worth tens or hundreds of millions, Spears is one of the most popular female artists of all time, ranked number 89 on the Forbes Celebrity 100 list, and has money to spare.

Here’s what you need to know about Britney Spears net worth and how she makes her money:

1. Her First Single Broke a Record for Female Artists, and She’s Been Making Hits Ever Since

Spears has sold more than 100 million records, and the Recording Industry of America lists her as the eighth best-selling female artist in America. Her career started out in 1992 in the Mickey Mouse Club, along with Justin Timberlake and Cristina Aguilera. Seven years later, at age 16, she moved from a kids club to pop music with ‘Baby One More Time.’ The song debuted at number one on the Billboard 200 and on the Billboard Hot 100 in 1999. It sold 500,000 copies in its first day, making it the fastest selling single by a female artist in history. The music video featured Britney’s soon to be signature dance moves.

2. Her Vegas Tour Was One of the Most Successful Ever, and She’ll be Back In Sin City Soon

You all… I can’t tell you how much I miss performing the #PieceOfMe show! Which is why… ?: @rockineve

That’s not even counting her Vegas sales. Britney Spears took up residency at Planet Hollywood in Vegas in 2012, a stint that lasted for four years. At first, she was making $310,000 per show, but according to E! News, that was upped to $475,000 per show. She made about $66.5 million a year from the show, which according to Forbes was “one of the most successful endeavors The Strip has ever witnessed.” It had grossed more than $103 million by February 2017, almost a full year before it ended.

Can’t wait to get back on the road this summer #PieceOfMe ???

Now, she’s taking her tour to the United Kingdom. She’ll be performing her ‘Piece of Me’ tour across the UK, and pre-sale tickets have gone on sale for August 2018 shows. According to OK!, she can expect to earn between $14 million and $70 million for the tour.

After touring the UK, Spears will be back in Vegas performing at the Park Theater in the Monte Carlo. Her residency there will start in 2019.

3. Her Pepsi Commercials are Memorable, and Her Perfume Is One of the Best Selling

Aside from performing as a musical artist, Spears has appeared in films and on television. She starred in “Crossroads” in 2002, though it’s unclear how much she made from the feature film. In 2005, she and then-husband Kevin Federline had a reality show called “Britney & Kevin: Chaotic.” In 2012, she was a judge on “The X Factor,” which she earned $15 million for, according to Rolling Stone.

Spears has also endorsed plenty of products over the years. In the early days she promoted Skechers, Polaroid, and “Got Milk.” One of her biggest endorsements though, was with Pepsi. She starred in several Pepsi commercials in 2001 in an $8 million deal. The commercials included the ‘Joy of Pepsi,’ which featured Spears rehearsing with backup dancers and people watching the ad on television around the country; ‘Pepsi Generation,’ which highlighted Pepsi during different eras from the 1950s through 2000s, with Spears starring throughout; and ‘We Will Rock You,’ which also featured Pink, Beyonce, and Enrique Iglesias.

Spears has a fragrance line in partnership with Elizabeth Arden. It has more than 20 fragrances and according to Brandweek made $100 million in sales after its first year. According to Express, it sold one bottle every 15 seconds during the holiday season in 2012.  Her most popular fragrances are Circus Fantasy, Fantasy Twist, Fantasy Rocker Femme, Curious In Control, and VIP Private Show. Items from her lingerie line, called the Intimate Britney Spears Collection, retails for anywhere from $26 to $160. Her name is also on a game, called The Britney Game.

Become the next #AmericanDream ⭐ @thebritneygame is now on the App Store & Google Play! britney.lk/game

4. She’s Owned a Slew of Mansions Over the Years

Spears had a few rough years between her early fame and her Vegas show. She and Kevin Federline divorced in 2007, she had a public custody battle and shaved her head, she had a 55-hour marriage with Jason Alexander, and then had an emotional breakdown in 2008. During this time, she lived in a variety of places. After her divorce, she bought a mansion in Beverly Hills for $6,750,000, according to Forbes.

After her breakdown, she leased an estate in Calabasas. It was listed for $10.8 million on the market in 2011, but eventually sold at auction, where its starting price was $4.49 million. Spears chose the house because it was remote and removed from the public eye. Next, she rented another mansion in Hidden Hills for $25,000 a month. She lived there with her two sons, and the home had a pool, an arcade, another paddling pool, a spa, a ballroom, and a tennis court.

If there's something strange in your neighborhood, who you gonna call?

In 2015, she bought a home in Thousand Oaks for $7.4 million. She sold it in 2017 for $7 million.  In Vegas, she stayed in a three-floor suite in the Rio, where Elton John lived during his Vegas residency. The suite has two jacuzzis, a private pool, a grand piano, furniture from 17 museums, and a 24-hour butler. She also owns a home she bought for her mother in Kentwood, Louisiana, near where she grew up. Spears has said part of her desire to return to Vegas is that the schedule works for her sons, who are currently in school in Los Angeles.

5. Her Father Makes a Hefty Salary by Handling Her Money

Much of Spears money is handled by her father in a conservatorship agreement. Her father gets $130,000 per year, plus rent for his office, according to the New York Times. He also receives 1.5% of gross revenues from her Vegas performances and merchandise sales. The New York Times article reads:

According to the arrangement, which is typically used to protect the old, the mentally disabled or the extremely ill, Ms. Spears cannot make key decisions, personal or financial, without the approval of her conservators: her father, Jamie Spears, and a lawyer, Andrew M. Wallet. Her most mundane purchases, from a drink at Starbucks to a song on iTunes, are tracked in court documents as part of the plan to safeguard the great fortune she has earned but does not ultimately control. 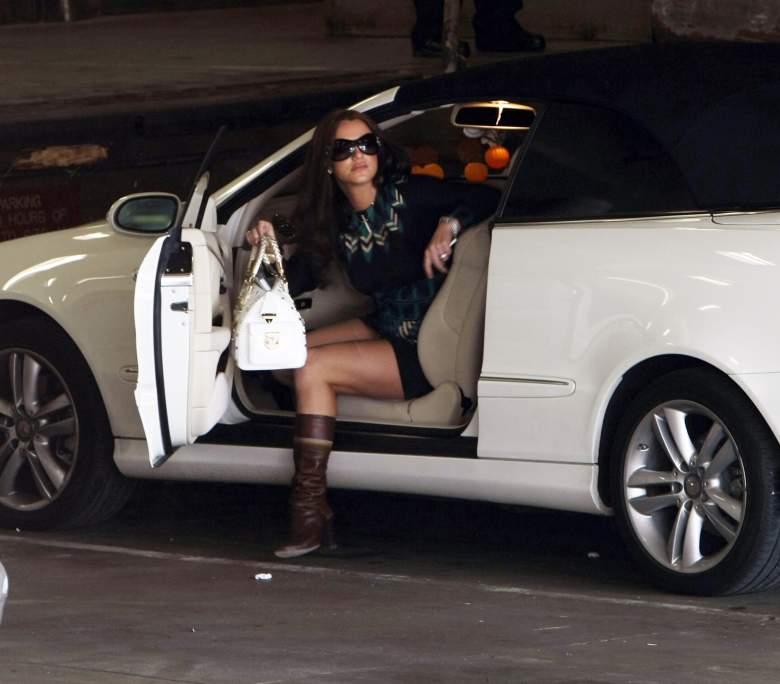 Singer Britney Spears arrives at a custody hearing at the Stanley Mosk Courthouse on October 26, 2007 in Los Angeles, California. / Getty

It is unclear when the conservatorship will end, but it could end if Spears proves she can handle her own finances. Through it, her father also negotiates things like her contracts with X-Factor and Planet Hollywood. The conservatorship also covers other areas of her life and wellbeing, like when she takes medicine. The work of the conservatorship is overseen by a lawyer who reportedly makes $475 an hour.