American R&B singer, songwriter, and dancer Chris Brown has been making Billboard hits since 2005, raking in around $30 million in the process,  according to Bankrate.  Several of his albums have gone double platinum and many of his singles have appeared in the Billboard Top 100. His worth makes him significantly less wealthy than other R&B peers, like Drake and Bruno Mars, who both are worth upward of $90 million.

Chris Brown Net Worth is $30 million

Chris Brown’s first hits drew fans for his smooth voice and even smoother dance moves. Eventually though, he was recognized for more than good looks and love song lyrics.  His album F.A.M.E., earned him a Grammy in 2011 and was his first #1 album. However, while he gained critical acclaim, public opinion turned on him when he was arrested for assault in a public battle with then-girlfriend Rihanna.

Whether you love or hate him, his monetary success is undisputed. In a relatively short time and at a  young age, Chris Brown grew his fame and fortune, which he used buy luxurious homes, numerous cars, and more.  Here’s what you need to know about Chris Brown’s net worth and how he makes his money: 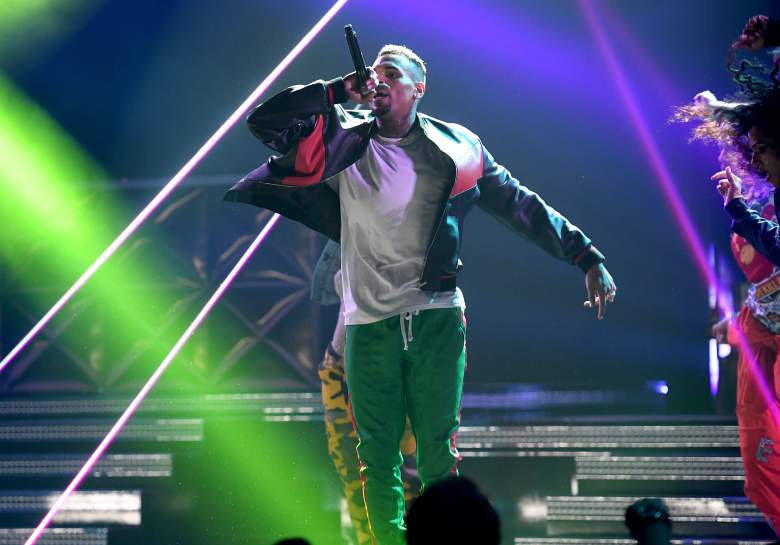 Chris Brown sang from the time he was a kid, usually in the church choir, though at home he followed the dance moves of Michael Jackson and Usher, his idols. After doing well in a number of talent shows in Virginia, where he was born, his parents started to look for a record deal for him. When he was 16, in 2005, his debut album “Chris Brown” was released, featuring the immediate smash hit “Run It!”  The success made him the first male signer in more than a decade to top the Billboard 100 with a debut single. He was nominated for two Grammys, including “Best New Artist” and “Best R&B Contemporary Album.” The album peaked at number two and spent 71 weeks on the Billboard charts. He toured to promote each album, including opening for Beyonce on The Beyonce Experience tour and performing with Rihanna on the Good Girl Gone Bad Tour.

Brown’s most recent album, “Heartbreak On a Full Moon” was released in October 2017, selling 25,000 copies and 68,000 equivalent units (a streaming measurement) within the first three days. By its second week on the charts, it had sold 73,000 units, and 608,000 by the end of the year. In January 2018 the album went platinum. Brown will be touring this year to promote the album.

It isn’t known exactly how much money Brown has made from album sales and streaming, but he has released eight albums (most recently in 2017), five mixtapes, and 108 singles. He has sold more than 100 million albums and singles worldwide (including 10 platinum singles and albums), and according to Billboard he has the seventh most Hot 100 entries on the Billboard chart, with 90 total. He has been nominated for 249 awards and won 89, including 14 BET Awards, seven Teen Choice Awards, six Soul Train Music Awards, five Billboard Music Awards, four American Music Awards, three MTV Video Music Awards, two MOBO Awards, and one Grammy.

Along with music, Brown acted in the movie “Stomp the Yard” with singer Ne-Yo. The movie revolves around dancing, taking advantage of Brown’s dance skills. He also starred in “This Christmas,” “Think Like a Man,” “Takers,” and “Battle of the Year.” He had a short role on the television drama “The O.C.” and also appeared on “Real Husbands of Hollywood,” “The Suite Life of Zack & Cody,” “Christmas in Washington,” “One on One,” and ‘Tosh.0″

While most performers bring in much of their income from lucrative endorsements, Brown as unable to secure these types of deals throughout his career. He was charged with battery after a public fight with then-girlfriend Rihanna in 2009, where she ended up in the hospital. In 2012, he took a phone out of a fan’s hand who was taking photos in Miami, and drove away with it. He was accused of robbery for the incident. In 2013, he was accused of shoving a woman to the ground, and 2015 he forcibly removed a woman from his bus when she didn’t put away her cell phone. She filed for third-degree assault. In 2016 a woman accused him of punching her in the face, and in the same year he was accused of assaulting his manager and tour manager, and also of threatening a woman with a gun at his home. These accusations have led brands to shy away from endorsing the singer. However, Brown launched his own clothing line, Black Pyramid Clothing, in 2015. It is not clear how much money Brown has made from the line, but it was expected to top $15 million in sales in its first year, and he still promotes it heavily on social media.

2. He Owns Two Lavish Houses, and Is Not Beloved by Neighbors 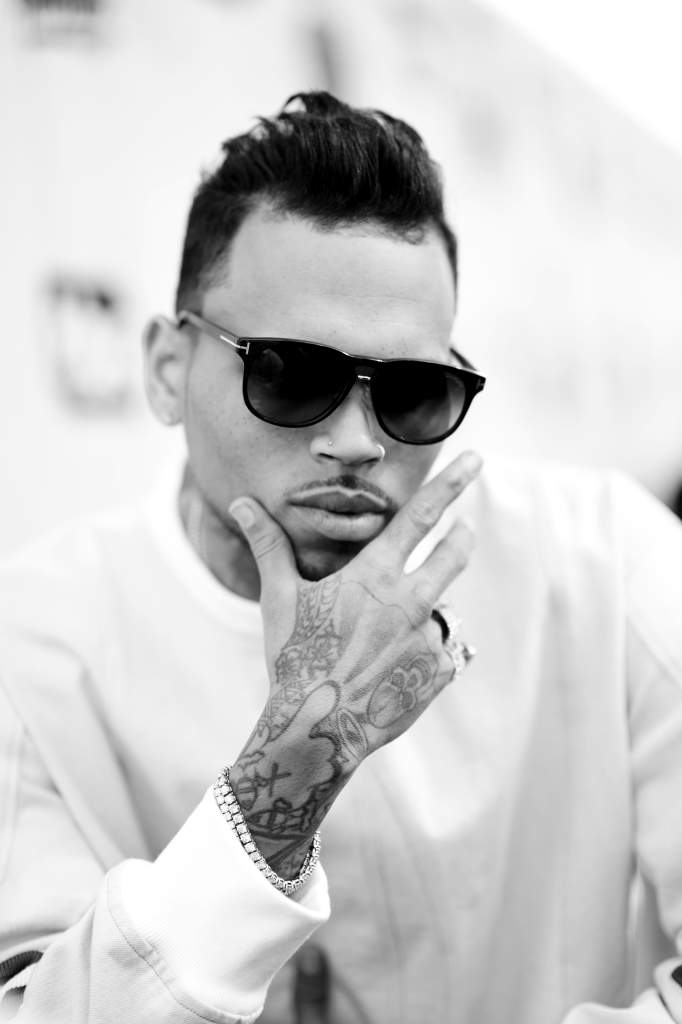 Brown’s home in Tarzana has six bedrooms, and eight bathrooms, a two-story foyer, a home theater with seating for 14,  mahogany doors, stone and wood flooring, and a master suite opening into its own balcony. There is a waterfall and salt water pool in the backyard, along with a few fire pits. Brown bought the home for $4.35 million. Ironically, the 16 security cameras it was equipped with did not prevent a break-in resulting in his aunt being locked in a closet. In past homes, neighbors have complained about his exotically painted outer walls, obstructive parking habits, and loud parties.

Brown also owns a house in Hollywood, which cost him $1,550,000. The styling is ultra modern home seems to stand teetering on a slope, overlooking the scenic Lake Hollywood. It sits in “Hollywood Dell” and was designed by celebrity architect Jay Vanos. It has a large garage door made of sheer glass, as well as an entry elevator.  Guests can ride the elevator to an open plan living room and kitchen, with a sitting room across the way. There is a master suite in the penthouse that has an doorless bathroom with a free-standing shower and tub. The home is fitted with solar roofing, a jacuzzi, and a swimming pool. There’s also a guest house. 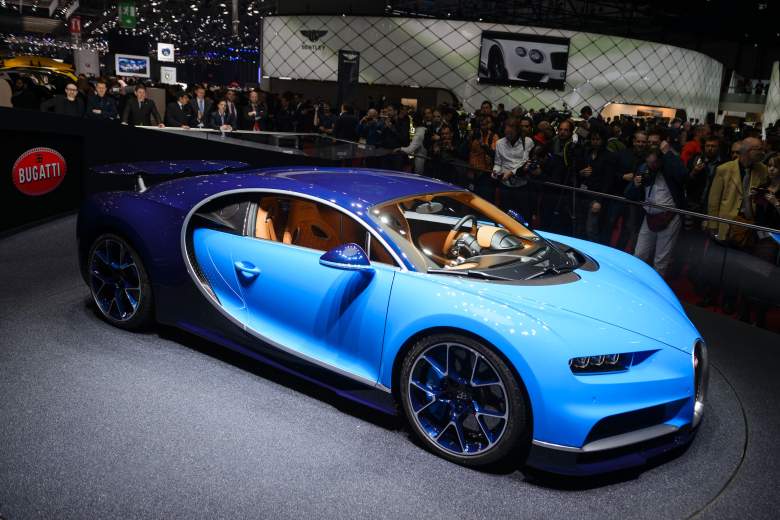 A Bugatti Chiron car model is displayed during the press day of the Geneva Motor Show. / Getty

Chris Brown is an avid collector of luxury cars, which consume much of his worth.  He owns eight, and is looking into buying a new Bugatti.

Brown owns an orange Chevy Impala from the 1960s with updated wheels and power-hydraulics have been updated; a black Porsche with a turbo-charged engine; and a Panamera covered in graffiti and customized to reach high speeds. The customization cost $150,000, according to Autordee.

Brown was one of the first people to own the newer Bugatti Veyron, which he has in black and red. Bugatti recently released its limited edition Chiron, which costs $2.9 million, and Brown is shortlisted as a potential buyer.

Brown’s most expensive car is his Aventador Lamborghini, though he also owns another, slightly less expensive Gallardo Lamborghini. For a more casual car, he uses his black Range Rover.

Finally, his latest purchase was the Rezvani Beast, which he bought shortly after it was released for $200,000.

4. Much of the Rest Goes to Gifts, Tips, and Lawsuits

Brown has a daughter named Royalty, with ex Nia Guzman. He has partial custody, and showers his four-year-old with gifts. For Christmas in 2015 he bought her a $1.5 million puppy–a Tibetan Mastiff. It’s the world’s priciest dog, famous for its fur that resembles a mane.

He sent ex-girlfriend Rihanna her a diamond chain worth $30,000 for her birthday, along with 30 red roses. Rihanna thanked him for remembering her birthday, but said the chain was not her style so she wouldn’t be wearing it.

Chris Brown and his friend Bow Wow visited the King of Diamonds strip club, on a night out in Miami, Florida. They ended up tipping a pair of strippers $5,000. Their night continued with plenty of expensive drinks and a two-tier cake generously lined with Swarovski crystals.

In less positive spending, Brown had settled a lawsuit for $100,000 with Parker Adams, after pleading guilty to attacking him.  In another similar lawsuit filed by Frank Ocean, Brown paid about $20,000.

5. He Started a Non-Profit and Has Donated to Causes Around Kids and AIDS 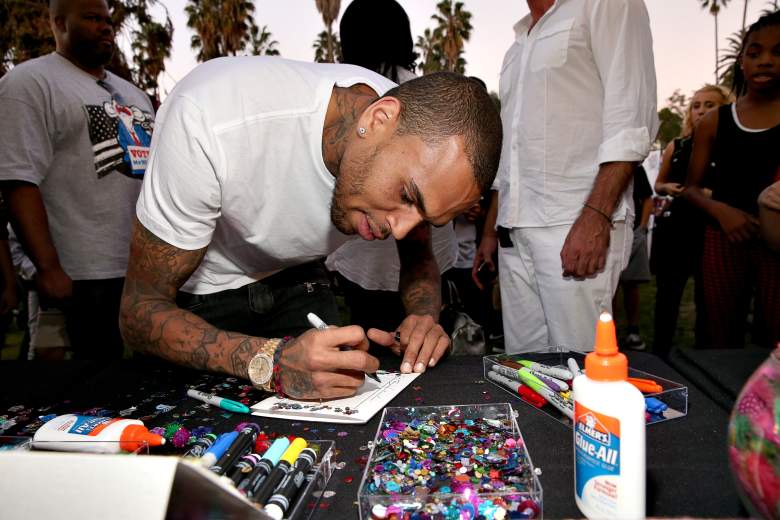 Ironically, after being accused of assault numerous times, Brown turned his attention to charities and non-profits that benefit victims of and help prevent domestic abuse.

In 2012, he established  Symphonic love, a non-profit organization that uses creative arts to encourage positive behavior. The organization supports a series of commendable causes, like the Creative Visions Foundation and Jenesse Center. During its first year, the foundation offered 11 scholarships for the students of the Debbie Allen Dance Academy. The AIDS Project Los Angeles works in tandem with Symphonic Love (where Brown is also a spokesperson), working to raise awareness and fight stigma and discrimination around HIV and AIDS.

He also contributes to Courage for Kids, a non-profit that works with needy and impoverished children. In addition, he’s donated to the Courage For Kids’ GIVE BACK-pack Initiative, a program that gifts Kindergarteners backpacks full of school supplies. Other charities he’s supported include Aid Still Required, Best Buddies International, Get Schooled Foundation, HomeAgain, Red Cross, and Stand Up To Cancer.

Brown donated $1 for every sale of his album “Royalty,” named after his daughter and released in 2015, to charity.