Paris Hilton is an American actress, socialite, fashion designer, media personality and model. Her estimated net worth is $300 million, according to Celebrity Net Worth. Aside from her personal income, she has some wealth from the family business–Hilton Hotels, started by her great-grandfather Conrad Hilton.  Her fame has been used to start lines in perfume, hair accessories, shoe, clothing, books, and more, all adding to her wealth.  She also makes significant sums for event appearances.

Paris Hilton Net Worth is $300 million

Hilton was one of the first celebrities to be famous for being a socialite. Attending lavish parties and endorsing brands, she paved the way for future stars like Kim Kardashian (who once worked as Hilton’s stylist). The term ‘celebutante,’ meaning essentially ‘famous for being famous,’ was coined around the time Hilton rose in the public eye. She is one of Forbes’ list of top 100 celebrities list, with a “power ranking” of 55.

Though she mostly rose to fame for her looks and celebrity status, she was also in the spotlight for legal trouble for drugs and drinking, and served a jail sentence in Los Angeles in 2007.

Here’s what you need to know about Paris Hilton net worth and how she makes her money:

1. Though She’s an Heiress, Most of Her Wealth Is Self Made 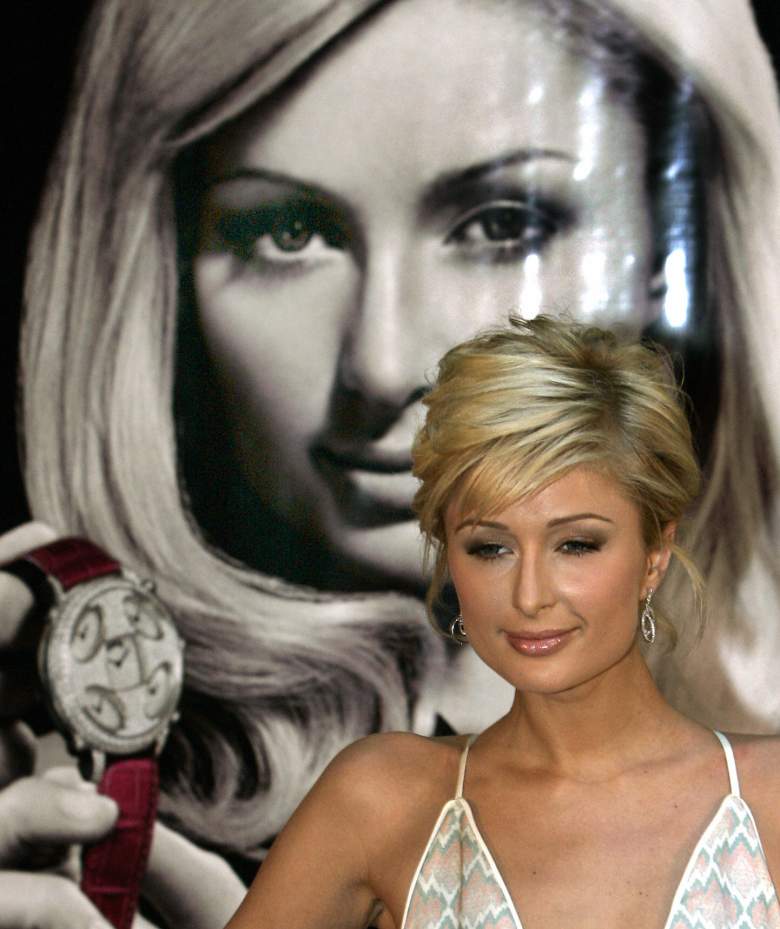 This 30 November 2005 file photo shows US celebrity Paris Hilton posing in front of an advertisement for the Paris Hilton Limited Edition Watch during a press conference at Parlux and Tourneau watch store in New York City. Hilton, 25, is promoting a new CD album titled “Paris” due for release 22 August 2006. / Getty

Paris Hilton’s income comes from movie, television, and modeling appearances, as well as her brief career as a singer and various clothing and accessory lines. She started her career with Donald Trump Modeling Agency in 2000.

Because she comes from a famous family she was always in the public eye, but when she was in a sex tape leaked in 2003, her fame skyrocketed. This was right before her television show The Simple Life aired.  Aside from The Simple Life, Hilton starred in several spinoff shows, including Paris Hilton’s My New BFF, Paris Hilton’s British Best Friend, Paris Hilton’s Dubai BFF, and The World According to Paris. She also made guest appearances on The O.C. and Veronica Mars.

In 2005, she started appearing in movies, including House of Wax, National Lampoon’s Pledge This, and The Hottie and the Nottie.

Hilton’s fragrance sales have topped $2.5 billion, according to NY Daily News. It is the second highest selling fragrance of all time, beat only by Elizabeth Taylor’s. She also endorses everything from stationary to bedding, which Business Insider says earns her $10 million per year. Total, Hilton has 50 stores worldwide and 19 product lines.

Though she’s an heiress to a hotel empire, Hilton actually doesn’t make much from the Hilton brand. In 2007, her grandfather said he would donate 97% of his wealth, which was more than $4 billion at the time, to charity.

2. Her Homes Are Elaborate, Full of Paris Portraits and Even a Nightclub 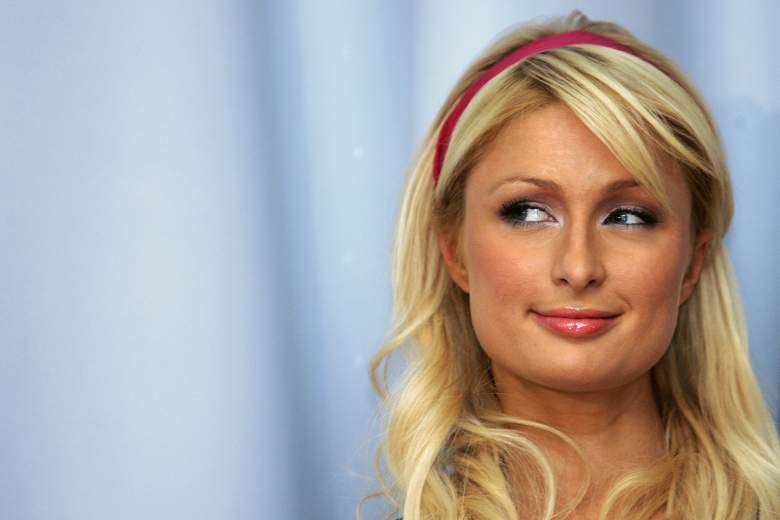 Hilton owns two luxurious homes in California. In 2005, when she was only 24, she bought a  3,000 square foot house in Hollywood Hills for about $3 million dollars. The Spanish-style house has four bedrooms and bathrooms, though rumor has it she converted one bedroom into a closet.

Hilton’s second home is a mansion built in the Mediterranean style, located in the Mulholland Estates neighborhood of Beverly Hills. The 7,000 square foot property has five bedrooms and bathrooms, and cost $5.9 million. Architectural Digest called it a “gilded mansion” and noted it’s full of portraits of Paris herself.  Hilton’s favorite room in the home is the screening room, which she told the LA Times was a reflection of herself. Aside from a 120-inch television, it has a pink pool table, a photo booth, and more than a dozen framed photos of Paris Hilton. She reportedly holds pre-parties in the room before going upstairs to the nightclub, which is also part of her home and includes a Bose sound system, a dance pole, smoke machines, and a DJ booth, according to the LA Times.

Though the home is in a gated community, it was broken into and $2 million in clothing, handbags, and jewelry was stolen. The burglars were part of a gang called the “Bling Ring,” a name that inspired a movie by Sofia Coppola, which was shot partly in Hilton’s home. She even played a cameo role.

3. Her Car Collection Is Impressive, and Sometimes Barbie-Themed 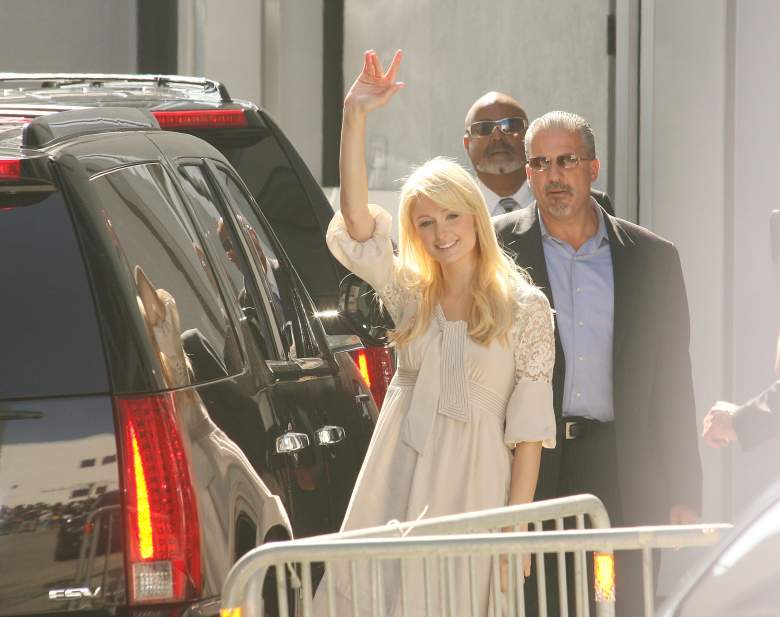 Paris Hilton waves as she leaves the CNN building for an interview with Larry King on June 27, 2007 in Los Angeles, California. / Getty

Like many celebrities, Paris Hilton has a penchant for luxury cars.  Her luxurious Rolls-Royce Ghost heads the fleet of her limousines and cost $260,000. It has a powerful V12 twin turbo 6600 cc engine delivers  563 HP. Her Bentley Continental GT with a Barbie theme cost her $400,000 and is a reflection of her girly side. It is a highly customized sedan that comes with pink upholstery, a dashboard encrusted with diamonds, and sports the Paris Hilton logo both inside and outside. Encrusting it with diamonds cost $285,000. She also has a Barbie-themed convertible Bentley Continental GT Cabriolet and an open top Ferrari California. In the sports car line, she has a Lexus LFA with a turbocharged engine and a black Benz SLR McLaren with a V8 supercharged engine delivering 640 BHP. There are only 75 of these in existence. As far as SUVs, she owns a Cadillac Escalade that cost $80,000 and a GMC Yukon Hybrid, which cost $52,800.

4. Her Spending Habits Cost Her Family the Hilton Fortune 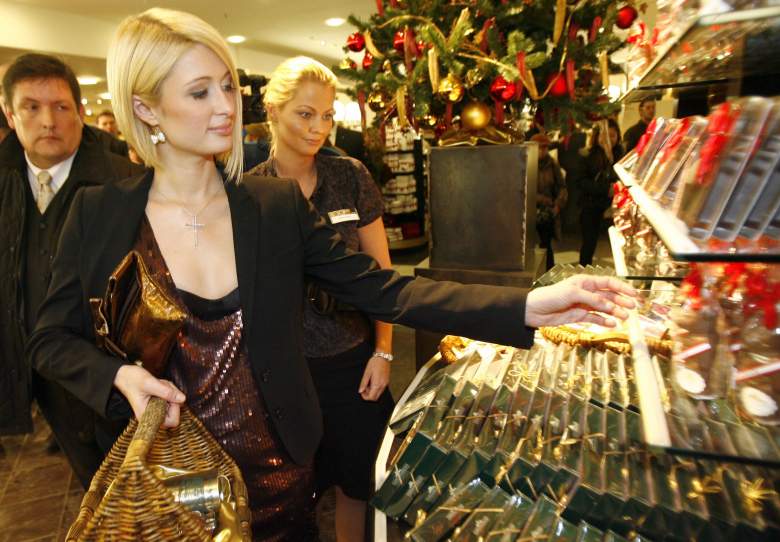 US socialite Paris Hilton takes a chocolate bear out of the shelf as she makes a Christmas shopping tour at the KaDeWe department store in Berlin 12 December 2007. / Getty

Hilton famously spends her cash on everything from clothes to cocktails. While on a tour of Australia, Paris Hilton spent $5000 in a mere 40 minutes (that’s $140 per minute), buying designer clothes at some of the Chapel Street stores in Melbourne.  While happily engaged and partying at New York City’s upscale Marquee, she dished out $230,000 to buy cocktails for her friends. In another instance, she spent $23,414.77 in a sudden shopping binge at Live! on Hollywood’s Sunset Boulevard, reminiscent of Michael Jackson’s shopping sprees.

Her spending sprees, decked out cars, party antics, and sex tape are part of the reason Barron Hilton decided to give his fortune to charity. According to Celebrity Net Worth, he was planning to leave all $4.4 billion to his family, but was so embarrassed by what Paris Hilton was doing to the family name that he changed his mind. In the end, only 3% of his wealth was left for the family.

5. Her Charity Work Revolves Around Children and Animal Welfare 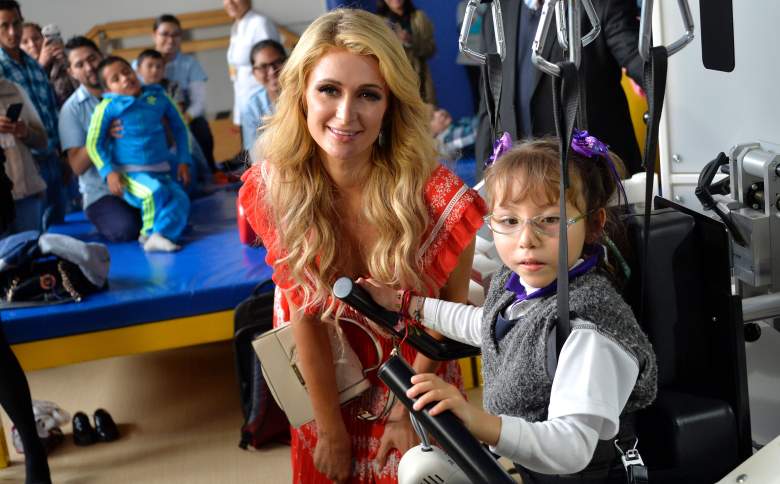 Paris and her sister Nicky Hilton started raising money for breast cancer awareness and other causes as children, according to Look to the Stars.

In 2007, Hilton watched a documentary about animals raised for fur, and vowed never to wear fur and to become a vegetarian. Since then, she has also worked to help children through the Starlight Foundation and Make-a-Wish Foundation. Her mother told PR.com that Hilton did these things without cameras around, and also said Hilton visits orphanages and hospitals in other countries when she travels.

Hilton often donates proceeds from her designer clothes to various charities, or donates the funds she earns hosting and attending parties.

Recently, her charitable work was recognized during a special celebratory luncheon at Donald Trump’s Mar-a-Lago Club in Palm Beach. The gala was put on by the American Humane Association and Lois Pope. She was awarded the  American Humane Association’s National Humanitarian Medal.  Part of her work for the organization included recording a public service announcement for television that focused on protection for farm animals, saving animals trapped during natural disasters, and advancing treatments for children with cancer.