Jonathan Demme attends the 25th Anniversary of “Silence Of The Lambs” on April 20, 2016 in New York City. (Photo by Cindy Ord/Getty)

Jonathan Demme, the Academy Award-winning writer and director, has died of complications from esophageal cancer and heart disease. He was 73 years old.

Still, Demme leaves behind an eclectic resume of movies and a historically recognized career in Hollywood. Several industry figures have reached out on social media to pay their respects, including filmmaker Edgar Wright, author Stephen King, and PBS host Tavis Smiley, who wrote: “This loss hurts deep. Not a kinder soul has ever lived.”

Too many great films to mention: Something Wild, Stop Making Sense, Silence Of The Lambs, Melvin & Howard, among countless varied others. https://t.co/jU1pwXqlxq

Deeply sad to hear my friend, neighbor, and colleague Jonathan Demme has passed on. He was one of the real good guys. I miss you, buddy.

This loss hurts deep. With my abiding friend and brother beloved @jonathandemme at #StandingRock. Not a kinder soul has ever lived. RIP, JD. pic.twitter.com/vOz1kLoNLc

To celebrate Demme’s career and the impact he left on audiences everywhere, we remember his greatest movies.

Prior to 1991, Demme had made his name on quirky comedies like Swing Shift (1984) and Something Wild (1986). This all changed when he was hired on to adapt Thomas Harris‘ best selling novel The Silence of the Lambs, which focused on FBI agent Clarice Starling (Jodie Foster) and her quest to find deranged serial killer Buffalo Bill (Ted Levine). Demme’s direction is a marvel of intensity throughout, teetering between uneasy interrogation and shocking bursts of violence– many of which came courtesy of Dr. Hannibal Lector (Anthony Hopkins).

Made on a small budget of $19 million, Lambs grossed a shocking $272.7 million at the box office, earning rave reviews from critics and becoming only the third film in history to win Academy Awards in all top five categories: Best Picture, Best Actor (Hopkins), Best Actress (Foster), Best Screenplay (Ted Tally), and, of course, Best Director. Even now, nearly three decades later, The Silence of the Lambs remains Demme’s masterpiece.

Demme’s films, while varying in their success, never shied away from taking on controversial subject matter. And never was this more telling than in Philadelphia, the heartfelt drama that addressed homosexuality, homophobia, and HIV/AIDS. In an interview with Rolling Stone in 1994, Demme spoke on his inspiration for the film, explaining that he “decided it would be pointless to make a film for people with AIDS. Or for their loved ones. They don’t need no movie about AIDS. They live the truth. We wanted to reach people who don’t know people with AIDS, who look down on people with AIDS.”

In this regard, Philadelphia was a major success. In his review of the film, Roger Ebert wrote: “For moviegoers with an antipathy to AIDS but an enthusiasm for stars like Tom Hanks and Denzel Washington, it may help to broaden understanding of the disease. It uses the chemistry of popular stars in a reliable genre to sidestep what looks like controversy.” Hanks would go on to win the Academy Award for Best Actor in 1994.

“Nothing beats a live performance,” Demme once said, “nothing.” And nothing proved more telling of this sentiment than Stop Making Sense, the 1984 concert film about the Talking Heads. Shot over the course of three nights at Hollywood’s Pantages Theater, Sense was a startlingly fresh take on the music documentary; blending elements of fantasy, editing trickery, and the sentiment of the Talking Heads themselves into what critic Leonard Maltin called “one of the greatest rock movies ever made.”

In an interview with Time magazine, Demme spoke on what drew him to the project: “I felt from time to time that shooting live music is the most purely cinematic thing you can do. Ideally, the cinema is becoming one with music. There is little artifice involved. There’s no acting. I love it.” Stop Making Sense went on to win the award for Best Documentary at the National Society of Film Critics in 1984.

After a deeper foray into concert films, Demme returned to narrative storytelling with Rachel Getting Married in 2008. The kitchen sink melodrama focused on Kym (Anne Hathaway), a recovering drug addict who begrudgingly attends the wedding of her sister Rachel (Rosemarie DeWitt). It’s a relatively bland premise on the surface, but Demme uses this hook to deliver an intensely stark, at times troubling look at family relations.

Writing for Salon, critic Stephanie Zacharek praised Demme’s ability to make a film that “has some of the ease and warmth of his earlier movies, although it feels stripped down and direct in a way that’s new.” Hathaway also received praise for her performance, earning what became a staple for most every actor that worked with Demme– an Academy Award nomination.

Demme’s remake of the 1962 classic The Manchurian Candidate was initially met with hesitation. And while it wasn’t exactly one of Demme’s biggest box office hits, Candidate did prove to be a good showcase for his stylistic range. Returning to the stiff air of menace that permeated The Silence of the Lambs, the film delves deeper into the characters, providing a prime environment for actors like Washington, Liev Schreiber, Jon Voight, and a particularly chilling Meryl Streep to leave their mark.

Critics generally agreed that the film failed to live up to the original, but many cited Demme’s moody direction and ability to transform the material made Candidate into a powerful thriller in its own right. “For embracing oddness at a time when conformity is king in Hollywood,” wrote Film4 critic Richard Luck, “It seems there’s still something refreshingly wild about Jonathan Demme.” 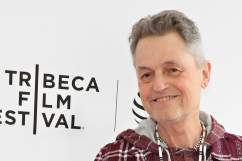 Jonathan Demme Awards: His List of Oscars & Other Wins