Google - Labeled for Reuse The year 2019 is shaping up to be an incredible year for films, with dozens of highly anticipated movies coming to theaters throughout the year.

The year 2019 is shaping up to be an incredible year for films, with dozens of highly anticipated movies coming to theaters throughout the year. A couple of rebooted classic horror films are coming our way, Marvel is releasing a new superhero film focused squarely on a female hero, and lifelong Pokemon fans will get to see Pikachu as a Ryan Reynolds-voiced live-action detective.

For those who aren’t as interested in comic book superheroes, Japanese game characters and Stephen King, there is a plethora of other films coming your way, including the sequel to Jordan Peele’s “Get Out,” a new star-studded Quentin Tarantino picture and the adaptation of a beloved Pulitzer Prize-winning novel.

Check out our top picks for the most highly anticipated upcoming films of 2019 below:

In “Captain Marvel,” Carol Danvers (Brie Larson) becomes one of the universe’s most powerful heroes when Earth is caught in the middle of a galactic war between two alien races. The resulting alteration gives her superhuman strength, energy projection and flight. Captain Marvel is Marvel’s first movie solely dedicated to a female superhero, and fans of the MCU are excited to see how her role plays out, and to hopefully have some idea of what to expect in “Avengers 4.”

Although details of the film are sparse at the moment, it has been confirmed that Jordan Peele is filming a sequel to his hit movie “Get Out,” which aired in 2017. “Us” will feature a mother and father taking their kids to their beach house while expecting to “unplug and unwind” with friends. “But as night descends, their serenity turns to tension and chaos when some shocking visitors arrive uninvited,” the official synopsis reads. The movie will star Lupita Nyong’o, Elizabeth Moss, and “Black Panther‘s” Winston Duke among others.

Stephen King adaptations are ripe for the picking following the successful remake of the movie “It,” so it’s not altogether surprising to see another of his classic horror stories getting a reboot. The movie follows Dr. Louis Creed (Jason Clarke), who, after relocating to a new town with his wife Rachel (Amy Seimetz) and their two young children, discovers a mysterious burial ground hidden deep in the woods near the family’s new home which possesses the power to the bring the dead back to life.

2019 is shaping up to be a great year for reboots, with Stranger Things star David Harbour playing Red in “Hellboy: Rise of the Blood Queen” this time around. The movie will feature Milla Jovovich as the Blood Queen, a sorceress after revenge, and, judging by the trailer, a host of awesome bad guys and epic CG animation. Though it’s a bummer that Guillermo del Toro’s “Hellboy III” will never happen, this reboot will hopefully deliver a horror-focused, R-rated take on the cult comic book.

Not much has been revealed yet about “Avengers: Endgame,” although we do know the movie will be bringing some resolution to the conflict between the band of superheroes and the Mad Titan Thanos. The trailer shows us Hawkeye’s return, Ant-Man joining the fray, and Tony Stark lost in space, but we are hoping that the upcoming “Captain Marvel” movie (see above) will help provide us with a better idea of what to expect in the film.

For those of us who have been obsessed with the Pokémon universe our entire lives, the live-action/animation hybrid is one of the most exciting films of the year. Featuring Ryan Reynolds as the voice of Pikachu, the movie follows a young man who joins forces with Detective Pikachu to unravel the mystery behind his father’s disappearance, while they chase clues through the streets of Ryme City. While searching, the pair quickly uncovers a plot that could destroy the Pokémon universe forever.

A biopic the life of Elton John, Rocketman is “an epic musical fantasy about the uncensored human story of Sir Elton John’s breakthrough years.” Taron Egerton stars as John himself, and the movie takes us through his life, from his childhood years and his rise to fame. “This film is going to make people’s jaws hit the ground,” producer Matthew Vaughn promised. “Elton just said, ‘Tell it all. Go as R-rated as you need to’. And we do just that, with his blessing. The flaws and the genius are all there.”

Godzilla: King of Monsters – May 31

Bringing back another classic, “Godzilla: King of Monsters is the sequel to Gareth Edwards’ 2014 Godzilla effort, although Edwards has stepped down and let Michael Dougherty take the reins. Starring Stranger Things actress Millie Bobby Brown (in all her tear-filled, crying-glory), Godzilla is back to face new enemies Mothra, Rodan, and King Ghidorah, who are the newest and most dangerous threats to the planet. This sequel will also be the lead-in for “Godzilla vs. Kong.”

“Dark Phoenix,” is set to reunite the X-Men on a deadly mission to save fellow first class mutant Jean Grey (Game Of Thrones star Sophie Turner) from a malevolent alien force in one of the comic series’ most treasured story arcs. Producer Simon Kinberg makes his directorial debut, while James McAvoy, Michael Fassbender, Jennifer Lawrence, and the rest of the younger mutants from the earlier X-Men films return for the fourth entry of the series.

“Men in Black 4,” which has been officially titled as “Men in Black International,” will star Tessa Thompson, Chris Hemsworth, Liam Neeson and more, with director F. Gary Gray at the helm of the reboot. At one point, the movie was going to be a crossover movie with 21 Jump Street, possibly casting Channing Tatum and Jonah Hill as agents for the mysterious organizations, according to Fandom. However, the movie has been confirmed to be a rejuvenation of the original franchise, so fans of the old MIB movies are hoping for a reboot that will do the Will Smith/Tommy Lee Jones movies justice.

The first SPIDER-MAN: FAR FROM HOME trailer, debuting this Saturday, will be 2 minutes and 30 seconds long! https://t.co/TkNOFm9v2k pic.twitter.com/QFXCYhaaLK

In this follow-up to Sony’s 2017 beloved reboot of the character, Tom Holland’s Spider-Man faces off against Jake Gyllenhaal’s Mysterio, and Jon Watts returns to direct. “Spider-Man: Far From Home” is a direct follow-up to Avengers 4, so the mere existence of this movie is somewhat of a spoiler as to what happens to Spider-Man’s character in the Avengers movie, but either way, fans are excited to see Holland don his Spidey mask again.

Once Upon a Time in Hollywood – July 26

In Quentin Tarantino’s ninth film, he has recruited an all-star, killer cast to tell a story revolving around an aspiring actor and his stunt double who attempt to establish their careers in 1969 Hollywood during the same time the Manson Family murders were taking place. The cast includes Brad Pitt, Damian Lewis, Lena Dunham, Margot Robbie and Al Pacino.

The “New Mutants,” is a disturbing and haunting take on a group of young mutants trapped in a secret facility while they discover their powers. Starring “Split’s” Anya Taylor-Joy, Game of Thrones’ Maisie Williams, and Stranger Things’ Charlie Heaton, the movie looks much darker than most of the other X-Men movies. Check out the eerie movie trailer above.

Speaking of eerie, creepy movies, Stephen King’s “It” has a sequel following it’s smash debut in 2017. “It: Chapter 2” will pick up where the first left off, as the first movie only told half of the original story, while the characters were still kids. Jessica Chastain, James McAvoy, and Bill Hader all on board to portray adult versions of the Losers’ Club, and they are on a mission to take down Pennywise the shapeshifting, killer clown once and for all.

It only took 10 years, but fans of the first Zombieland film are finally getting a sequel! (The above trailer is for the first film since there isn’t a teaser available for the second one just yet, so enjoy reminiscing about the first movie). The original cast are all on board, including Woody Harrelson, Emma Stone, Jesse Eisenberg, and Abigail Breslin, and director Ruben Fleischer is back, along with writers Paul Wernick and Rhett Reese. Although details of the sequel are few-and-far-between at the moment, we can all rejoice to know that we finally have a sequel to look forward to.

Different than the other “Joker” movie following the life of the Joker (which features Jared Leto as the Joker), this specific origin story will star Joaquin Phoenix as the career criminal mastermind and Batman’s most notorious foe, with Todd Phillips set to direct the film. Robert De Niro and “Deadpool 2” star Zazie Beetz are also both currently in talks to co-star, according to Rotten Tomatoes.

"The Goldfinch" movie looks like it'll be as dreamy as the book itself ✨ https://t.co/oOD0UAEOoj pic.twitter.com/D7IhBoPMnB

Based on the Pulitzer Prize-winning novel, the movie follows the life of a young teenager who survives a terrorist bombing at an art museum and eventually turns to a life of crime following the death of his mother. The movie will feature several big Hollywood names, including American Horror Story’s Sarah Paulson, Stranger Things’ Finn Wolfhard, and “Baby Driver’s” Ansel Elgort, among others, with John Crowley (“Brooklyn”) directing.

You Are My Friend – October 18

“You Are My Friend” follows the story of cynic Tom Junod (Matthew Rhys) who agrees to write a piece for Esquire about Fred Rogers (played by Tom Hanks), star of beloved children’s show Mister Rogers’ Neighborhood. He meets Rogers and his cynicism and doubt quickly dissolve when he realizes just how wonderful Rogers really is. The movie follows the popular 2018 Rogers documentary, Won’t You Be My Neighbor?. 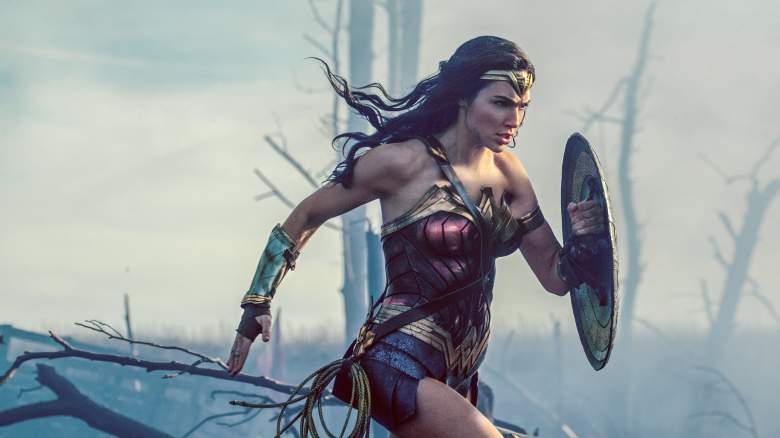 ‌Still of Wonder Woman in the first film.

Gal Gadot will be returning as Wonder Woman for a sequel toward the end of the year, and although there isn’t much available in terms of details yet, we do know that Chris Pine will be returning, which has now been confirmed by Warner Bros, and Kristen Wiig will be joining the cast as the villainess Cheetah. Director Patty Jenkins has shared some ideas of what she’d like to happen in the sequel. Speaking to Entertainment Weekly she said: “The story will take place in the U.S., which I think is right, she’s Wonder Woman. She’s got to come to America. It’s time.”

How stoked are you for Episode IX? #StarWars pic.twitter.com/2fZEy087lN

And at the very end of the year, Star Wars fans will have Episode IX to look forward to, the newest entry in the Star Wars trilogy, which will also be the finale to the rebooted universe. Fans are looking forward to J.J. Abrams delivering a satisfying ending to the series.

The 21 films mentioned above are just a few of the many amazing films set for release in 2019. I wanted to also give a shoutout to a few other favorites that we can’t wait to see as well, including “The Addams Family,” “Wicked,” “Sonic the Hedgehog” and “Masters of the Universe.” We’ve got a lot to look forward to next year!

Did we miss any of your favorite upcoming films? Let us know in the comments below!