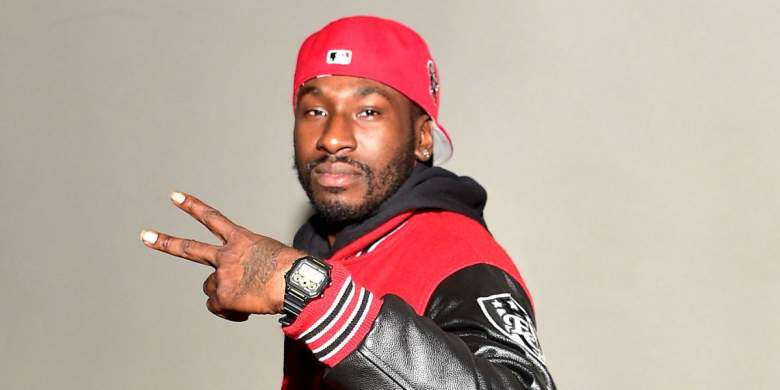 Last March, Atlanta rapper Bankroll Fresh was murdered outside of the Street Execs Studios. The Atlanta Police department has released surveillance video of what happened moments before his death. According to APD, the full video can not be released due to its graphic nature.

The video shows a couple of men, including Bankroll Fresh, with half a dozen firearms draw. Bankroll himself is seen with an AK-47 in his hands, shortly after a massive shoot-out took place which caused him to lose his life.

The incident started with an altercation inside the recording studio between Bankroll and fellow Atlanta rapper No Plug. No Plug has admitted to his involvement in the shooting and claims that he was simply defending himself. He says that he left the studio and later returned to search for a couple of misplaced cell phones that he had forgotten during the altercations that took place inside the studio. When he returned he was greeted by Bankroll Fresh and an entourage of armed men.

No one has been charged with anything yet, police are still trying to figure who was ultimately the aggressor. The case is still being investigated and police are asking for tips from anyone who may know additional information.

Bankroll was a close friend of rapper 2 Chainz, he died at the age of 28.

Take a look at the video below:

Police release new video in deadly shooting of local rapperAtlanta police released new video that shows the moments leading up to a local rapper shot and killed outside a northwest Atlanta recording studio. Investigators said 28-year-old Trentavious White, known as Bankroll Fresh was killed outside the Street Execs recording studio last March. Investigators said they have not made any arrests because they do not know who started the gunfight and are working to determine if this is a self-defense case. “When people shoot at each other, somebody is defending themselves, it’s just a matter of who,” said Atlanta Police Major Adam Lee. “Determining that has been a challenge for us because we do have different stories depending on who you talk to.” Major Lee said there was a physical altercation inside the studio and one of the parties, but then came back. Investigators said in the video you could see Bankroll Fresh holding an AK 47 and others around him with guns in their hands. The video is too graphic to show in its entirety, but police said people in the car across street and Bankroll Fresh were both firing at each. Police said they have received conflicting statements from witnesses and hope to identify others in the video and hear their account of what happened and determine who was the primary aggressor. “What we would like to see now is anyone who might know more than what we found out from the witnesses we have already spoken to, if someone has something further to add that will corroborate hopefully what we know or even tell us something else that we don’t know,” said Major Lee.2017-02-23T05:33:26.000Z

Read More
Breaking News, Celebrities, Music
Footage from the murder of Atlanta rapper Bankroll Fresh has been released by the Atlanta Police Department.