Frank Ocean is known for two defining qualities: being one of the most acclaimed songwriters in modern music, and being extremely frugal when it comes to releasing new material.

After releasing the universally adored Channel Orange in 2012, Ocean went into recluse mode, refusing to give interviews or updates on when fans could expect a sophomore project. Four years, and a head scratching rollout that included a live video feed of him building a staircase (later turned into Endless), and he finally released Blonde in 2016. The album once again earned rave reviews, with many praising the manner in which Ocean progressed sonically and lyrically. Given this track record, most fans assumed that Blonde would be the only peep that Ocean would be making in the next few years.

What they didn’t count on, however, was that Ocean would begin releasing new music less than a year after his triumphant comeback. First, there was “Slide,” a bouncy collaboration with Calvin Harris and Migos that saw Ocean taking a decidedly less artsy, more commercial approach. The song has since peaked at #7 on the Billboard US Hot Dance/Electronic Songs. By itself, “Slide” could just have easily been passed off as a one-off guest appearance, but Ocean surprised listeners yet again when he premiered Blonded Radio on Apple Music. Listen to a snippet of “Slide” below.

The Beats 1 show aired on February 24th, and found Ocean spinning a musical playlist while interviewing hip-hop mogul and collaborator Jay-Z. Among the topics discussed during the show were technology, radio stations, and the current status of the music industry. It was an unparalleled amount of exposure for an artist who had spent the last handful of years hiding in the shadows. Ocean compounded this exposure with the release of an original song, “Chanel,” during the second episode of Blonded Radio. Listen below.

In true Frank Ocean form, “Chanel” was hailed for its clever lyricism and honest, confessional tone. The song also sparked rumors that the singer was planning to release a new album sooner than later, and that “Chanel” could serve as the promotional single in the same way that “Thinkin’ Bout You” did for Channel Orange. It’s obvious that Ocean is currently at work in the studio– an assumption that was given further proof on Saturday, as Ocean released “Biking,” which featured guest verses from Jay-Z and Ocean’s former Odd Future affiliate Tyler, The Creator. Initially released as a 50 second snippet, the full version of the song has since surfaced. Listen below.

Last month, The New Yorker ran a piece on Ocean that complimented both his music and his business format in terms of releasing said music: “These latest singles are both high marks in Ocean’s catalogue—among his best songs ever—and their stylistic achievements can’t be detached from their commercial ambitions or his newfound independence.” Is Ocean readying the world for a new album? The clues seem to be pointing in that direction, especially as each new episode of Blonded Radio brings forth stellar tracks like “Chanel” or “Biking.”

There’s also the option that Ocean is simply releasing musical leftovers to tide his fans over and get them to tune into Blonded Radio. Both songs do bear a moody, acoustic sheen similar to what was found on Blonde. Given the singer’s elusive, tricky persona, however, its too early to tell exactly what he has planned. Do you think a new Frank Ocean album is on the way? 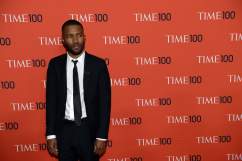