Annie Verret is the girlfriend of golfer Jordan Spieth. She was featured heavily during the coverage of the Masters. Her boyfriend is in a battle to win the tournament against Bubba Watson. Should he win, Spieth, 20, would be the youngest ever winner of the tournament.

Here’s what you need to know about the girlfriend of this golfing prodigy:

The couple have been dating since high school. Spieth was a student at the all-male Dallas Jesuit while she attended sister-school Ursuline Academy. Verret was cheerleader at the school. 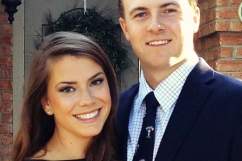 2. Verret Has Brains to Back Up Her Beauty

She’s a student at Texas Tech University where she’s a sophomore. In February 2014, she missed the opening ceremony of the President’s Cup due to her exam schedule.

On her LinkedIn page, it says that she’s in the Rawls College of Business.

She’s a native of Coppell, Texas.

4. Verret is a Sorority Girl

5. Verret is a Charity Worker

According to her LinkedIn page, she’s working as an intern at The First Tee in Dallas. A charitable organization that describes itself as:

Our vision is to provide young people of all backgrounds, an opportunity to develop, through golf and character-education, a core set of life-enhancing values such as honesty, integrity, respect, and perseverance.

During the summer of 2013, she worked as a human resources intern for the American Heart Association. 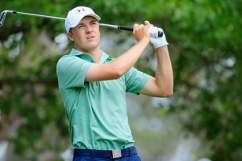