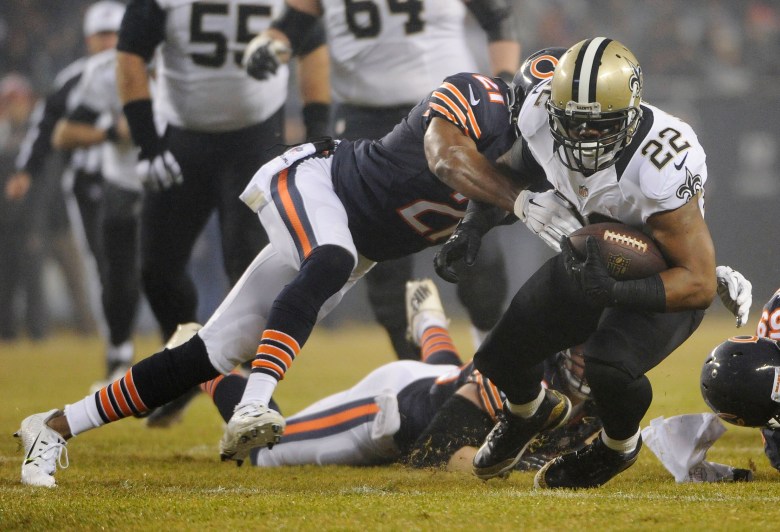 The New Orleans Saints improved to 6-8, and captured first place in the NFC South. With their final two games against Atlanta and Tampa Bay, the Saints control their own destiny and are two games away from finishing with, at least, a respectable .500 record. The Bears dropped to 5-9 and head coach Marc Trestman and Jay Cutler got the heat turned up on each of their seats.

Brees finished the night 29-for-36 for 375 yards and three touchdowns. As masterful as Brees’ Monday night performance was, what made it more masterful was how we distributed the offensive production. Four different Saints players had at least five receptions and 60 yards receiving. The Saints were so effective passing the ball that they didn’t utilize running back Mark Ingram until late in the game, and he still finished with 59 yards on 17 carries and a garbage-time touchdown to bury the Bears.

With just over four minutes remaining in the game, the Bears decided to run the ball, essentially conceding the game and ticking off Bears’ fans who were still in attendance. Cutler did himself no favors tonight, and added three more interceptions to the 21 turnovers he entered the game with; he now leads the league in turnovers with 24. Alshon Jeffery, who torched the Saints in last year’s match-up for over 200 receiving yards was held to just 36 tonight before he added 42 yards and a touchdown in garbage time — his 2nd consecutive 1,000 yard campaign.

The Saints will host the Falcons next week, while the Bears host the Lions in their home finale.

Bears Finally Got on the Board in the 4th Quarter

Cutler was upset for most of the night.

It took him and the rest of the offense over three quarters before they finally put points on the board. After throwing his third interception in the 3rd quarter, Cutler led the Bears on a 7-play, 56-yard drive on their next possession, capping it off with a 1-yard TD pass to Marquess Wilson. The subsequent two-point conversion was good, and the Bears trailed 24-8, making it a two-possession game.

The Saints Stormed Out of the 2nd Half and Scored Again 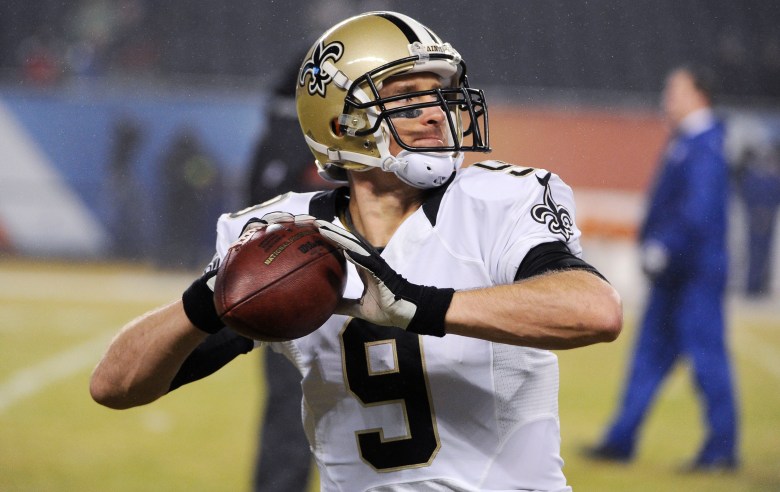 Brees marched the Saints (love that line) on a 12-play, 8-yard drive that took 6:25 off the clock and connected on his 3rd TD pass of the game to Hill who caught his 2nd. He was 24-for-27 for 298 yards and three TDs, yet his rating still wasn’t perfect?

Later in the quarter, Brees went over 300 yards passing for the game, tying another record.

Drew Brees: 46th game with at least 300 passing yards and 3 TD passes That's tied with Peyton Manning for most all-time

The Saints Marched Into Halftime with a 14-0 Lead

The Bears looked sluggish without Brandon Marshall in the lineup right from the get-go.

New Orleans out-gained Chicago in the 1st half with 245 total yards to 92.

Brees had a perfect half — despite an imperfect 147 quarterback rating — by going 18-for-20 for 226 yards with two touchdown passes, one to Hill and one to Maruqes Colston — the 67th time they’ve connected for a TD. Cutler was anything but perfect; he threw two interceptions, including one right before halftime, to extend his NFL lead in turnovers with 22 and 23.

The Saints received the 2nd-half kickoff.

The Saints marched 85 yards on seven plays in just over four minutes, capped off with an 8-yard touchdown pass from Drew Brees to Josh Hill that gave the Saints a 7-0 lead.

Brees Extended His NFL Record in the 1st Quarter

On the third play of the game, Jay Cutler threw an interception to Saints defensive back Patrick Robinson. Two plays later, Saints receiver coughs up the football inside the Bears’ 5-yard line, which was recovered by Chicago. Only 1:42 of game time had passed — these two teams are not very good.

Later in the 1st quarter, the Saints drove down the field on their 2nd possession of the game, but kicker Shayne Graham missed a 51-yard field goal, which kept the game scoreless.

The Saints Control Their Own Destiny in the NFC South Race

As alluded to in our preview, both of these defenses are very bad. They give up yards and points and cannot stop a nose bleed.

In order for the Saints to win this game, they must get two players going specifically — Mark Ingram and Jimmy Graham. Two weeks ago, Graham was held without a target in a thumping of Pittsburgh, that looks silly after the Saints got their doors blown off them 41-10 at home to the division-leading Panthers last week. Ingram has had a solid season, and has a real shot at his first 1,000-yard season as a Saint. Brees has still been good this season, but the drop off of Marques Colston and a bad defense has hindered the Saints from being anything better than mediocre.

In order for the Bears to win, Matt Forte has got to get going against the league’s worst unit against the run over the last four weeks, giving up on AVERAGE of 183 rushing yards per game. The Bears have only had 48 rushing yards COMBINED in the last two weeks. Jay Cutler must also protect the football. The Bears have had no problem scoring points this season, but Cutler’s 21 turnovers and a bad defense have made it hard for the Bears to keep up with, let alone, catch anybody on the scoreboard this season.

Saints head coach Sean Payton has vowed to make changes. One of those major changes was benching 2013 1st-round pick safety Kenny Vaccaro who had a great rookie season and was playing well enough for most of this season until the past few weeks. Bears head coach Marc Trestman is looking to get back to .500, or else he may not be around for 2015. 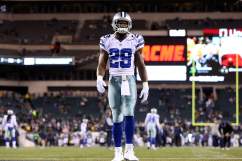