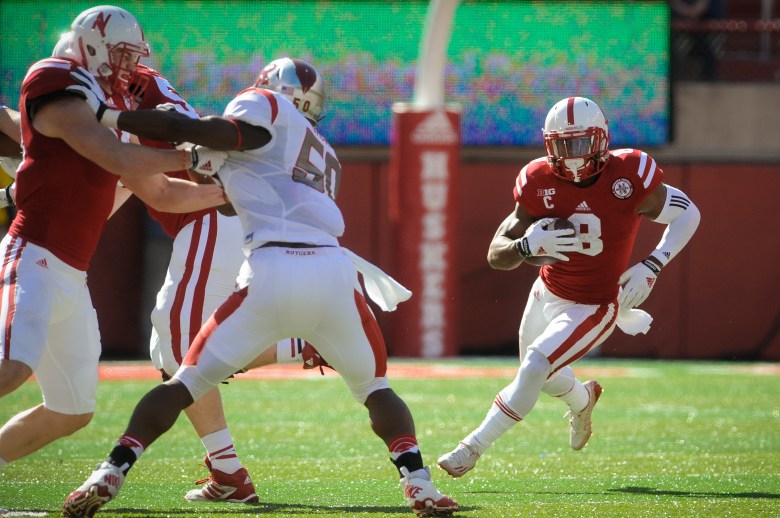 Nebraska’s Ameer Abdullah has rushed for 1,523 yards, good for 12th in the FBS. (Getty)

It’s been an interesting few weeks for Nebraska.

Riley, hired away from Oregon State on Dec. 4, won’t be coaching. The Cornhuskers will have Barney Cotton, the team’s associate head coach and offensive line coach (among other duties), on the sideline. Then when the final whistle is blown, Cotton is out the door as he’s already accepted the offensive coordinator position at UNLV.

First-year head coach Steve Sarkisian has his Trojans coming off a 49-14 win over Notre Dame. In 5 seasons at Washington, he went 1-2 in bowl games with the lone victory coming at the 2010 Holiday Bowl.

Just like those before him – Matt Barkley, Mark Sanchez, Matt Leinart and Carson Palmer – Cody Kessler did what most USC quarterbacks do: light up the scoreboard. With 36 touchdowns and just 4 interceptions, the junior was one of the most efficient QBs in the nation.

Nebraska held up well against the pass (196.3 yards per game allowed). But that is a bit deceiving as the Cornhuskers play in the Big Ten, a conference which has turned to run-heavy game plans. Half the conference ranks in the top 25 nationally for rushing. They haven’t seen someone like Kessler yet.

But behind running back Ameer Abdullah and dual-threat quarterback Tommy Armstrong Jr., Nebraska also brings a pretty potent offense to the table (37.4 points per game).

All 3 of the ‘Huskers losses have come against ranked teams (then-No. 10 Michigan State, then-No. 20 Wisconsin and then-No. 25 Minnesota). And in those losses, they didn’t score more than 24 points in any game. Well, here we go again. Southern Cal is a ranked team.

Could be a coincidence, maybe Nebraska didn’t have “it” those days. Could be the ‘Huskers were not as good as those teams. It’s more Column B than A. Either way, as it pertains to the Holiday Bowl, the Cornhuskers aren’t as good as the Trojans. 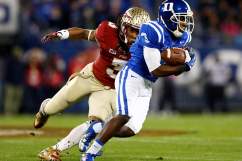