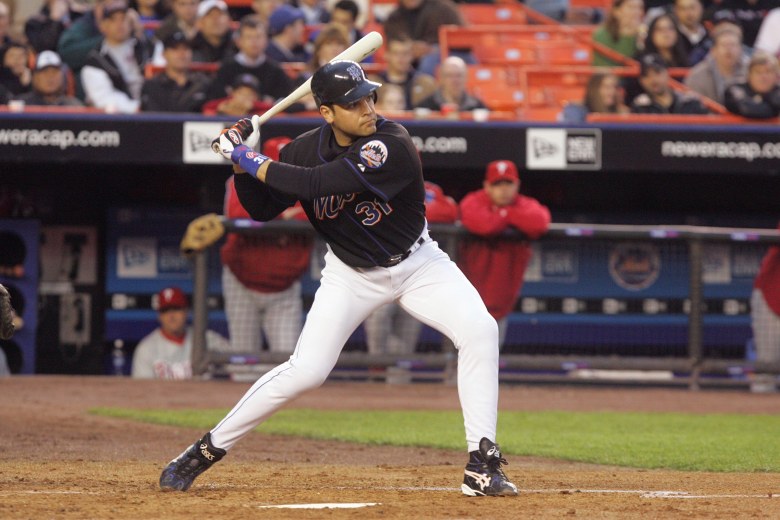 Unfortunately for Piazza, he will have to wait another year. Piazza fell 28 votes shy when the Baseball Writers’ Association of America made their Cooperstown inductees known Tuesday. He appeared on 69.9 percent of the ballots, but a player needs 75 percent of the vote to be elected to the Hall.

Pitchers Randy Johnson, John Smoltz and Pedro Martinez and former Houston Astro Craig Biggio got the call to the Hall for the July 26 induction.

Piazza’s career spanned 16 seasons and 5 teams (Dodgers, Marlins, Mets, Padres and Athletics). The catcher is best-known for his time with Los Angeles and New York.

Here’s all you need to know about Piazza’s credentials: 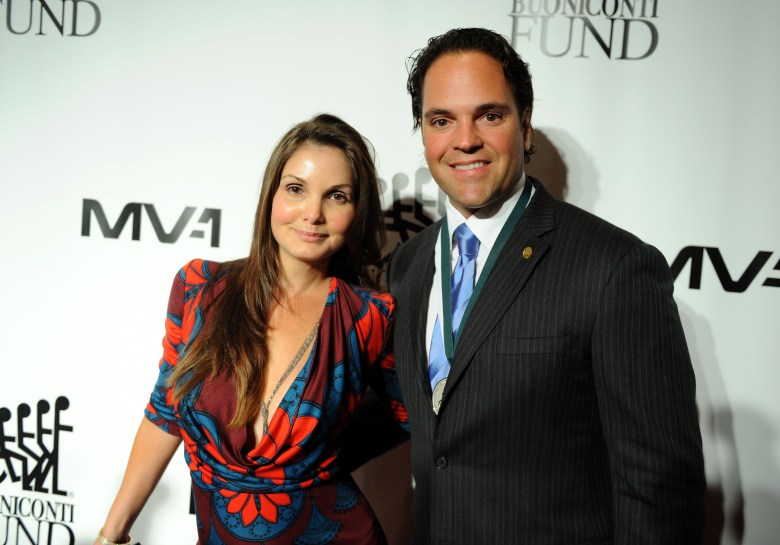 Mike Piazza has been married to wife Alicia Rickter since 2005. (Getty)

Piazza, 47, grew up in Pennsylvania and his father, Vince, was a lifelong friend of Dodgers manager Tommy Lasorda. Vince Piazza had asked Lasorda to draft Mike, who was a student at Miami-Dade Community College, as a favor. Lasorda obliged and the Dodgers took Mike Piazza in the 62nd round (1,390th overall) of the 1988 draft.

Piazza made the switch from first base to catcher and spent 4 seasons in the minors before getting the call to the big leagues on Sept. 1, 1992, walking in his first plate appearance and doubling in his first official at-bat.

He married former Playboy Playmate Alicia Rickter in January 2005. The couple has 2 daughters, Nicoletta (7) and Paulina (5).

Ten days after the September 11, 2001, terrorist attacks, Piazza homered in the first professional sporting event in New York City after the attacks.

Most Career Home Runs for a Catcher (427)

Highest Career Slugging Percentage and OPS for a Catcher