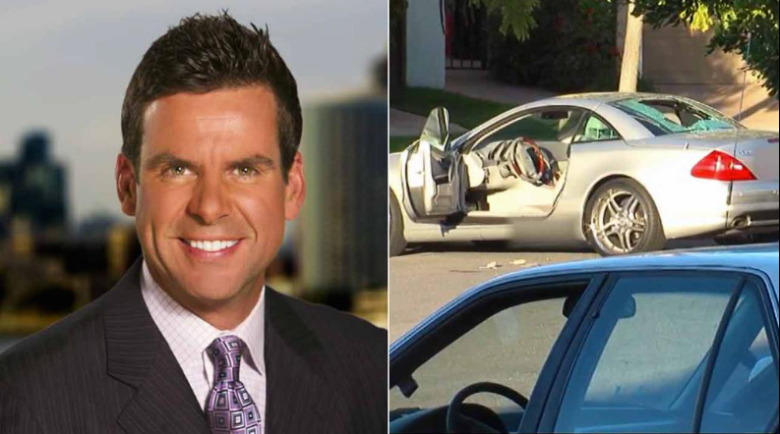 On Tuesday afternoon, San Diego sports anchor Kyle Kraska was shot outside his home in an area just outside the city.

Kraska had bounced around anchoring jobs throughout the four quadrants of the country before moving to San Diego and settling on the city as his home and one of the voices of Chargers’ post-game broadcasts.

He is the television station’s weeknight sports anchor at 5pm, 6:30pm and 11pm. During football season, he also hosts San Diego Chargers games as the host of the Chargers Post-Game Show.

2. Kraska Was Attacked Tuesday Afternoon in the Wealthy Scripps Ranch Area of the City.

KYLE KRASKA UPDATE: The sports anchor is in surgery after being shot several times http://t.co/itKp8bavTH pic.twitter.com/Zh2JZxR27h

According to the Associated Press:

A silver Mercedes with its back window shot out could be seen parked on the edge of a driveway in a cul-de-sac.

Kraska was shot outside of his home.

3. The Police Have a Named Suspect They’re Investigating

The suspect’s name that law enforcement is looking for is a man named Mike Montana who left the scene in a painting company van.

4. Kraska Was Shot Several Times in the Attack

Police on the scene who attended to Kraska said that he was alert, awake and responsive after being shot “several” times. He was then taken to the hospital where he went into surgery.

It is still unknown if Kraska was the target of a premeditated attack.

5. Kraska Has Won Numerous Awards for His Work

He has been honored with numerous broadcasting awards over the years such as: Associated Press Awards, California Golden Mike Award, New York State Broadcasters Awards and an Emmy Award.

He previously worked for TV stations in New York, Florida, Texas and Los Angeles before settling in San Diego.