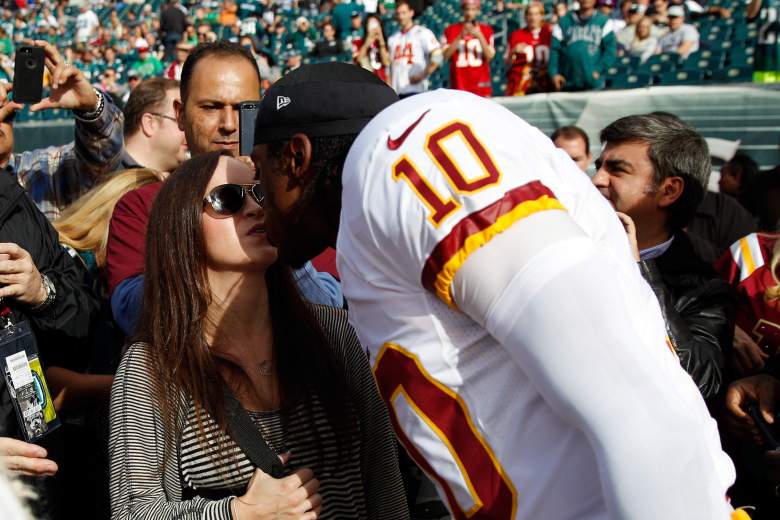 Cleveland Browns quarterback Robert Griffin III has started a new chapter in his football career, and now in his personal life as well. Griffin is filing for divorce from his wife of three years, according to a Cleveland.com report. Griffin and Rebecca Liddicoat have been separated for the past several months, a source told Cleveland.com.

Griffin has talked with his coaches and teammates about the situation, who have been supportive, notes Cleveland.com. He was named the Browns’ starting quarterback Aug. 8 and is set to start the team’s second preseason game Thursday night against Atlanta.

Selected No. 2 overall in the 2012 draft by the Washington Redskins, Griffin was released in early March and picked up later in the month by the Browns.

Here’s everything you need to know about Liddicoat and her relationship with Griffin.

1. Griffin & Liddicoat Have 1 Child Together 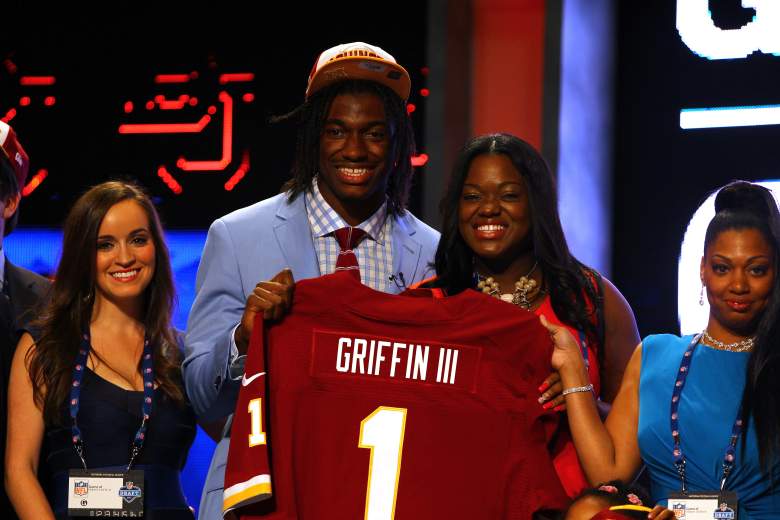 Rebecca Liddicoat joins Robert Griffin III and his family on stage after the Redskins drafted Griffin with the No. 2 overall pick in 2012. (Getty)

Griffin shared a special birthday gift with his Twitter followers in February 2015 when he announced that he and his wife were expecting their first child together.

During an appearance on “Redskins Nation” with Larry Michael in April 2015, Griffin praised Liddicoat for how she was handling the pregnancy. 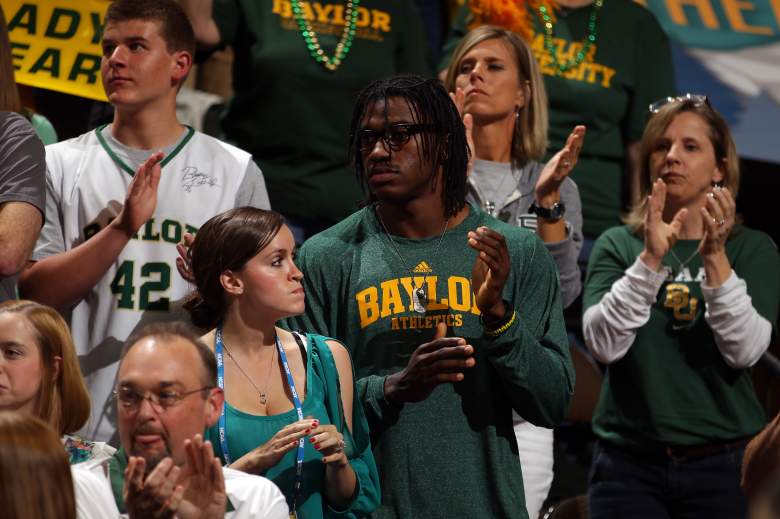 Rebecca Liddicoat and Robert Griffin III cheering on the Baylor women’s basketball team against Stanford in the 2012 Final Four. (Getty)

Griffin and Liddicoat first met when they were introduced by a mutual friend at Baylor in 2009.

Liddicoat, a native of Boulder, Colo. majored in biology, and was president of CHI’s Service Club.

“When I first met him, I thought he was a little weird. I was a little nervous, and I asked him why he was wearing girls socks. He had on those weird socks he always wears.”

I was just getting out of a real bad relationship. I really wasn’t looking to get into another one, but she rubbed me the right way. There’s just something about Becca; she’s all for me, and sometimes you need people in your life like that.

3. The Couple Were Engaged in 2010 While They Still Attended Baylor 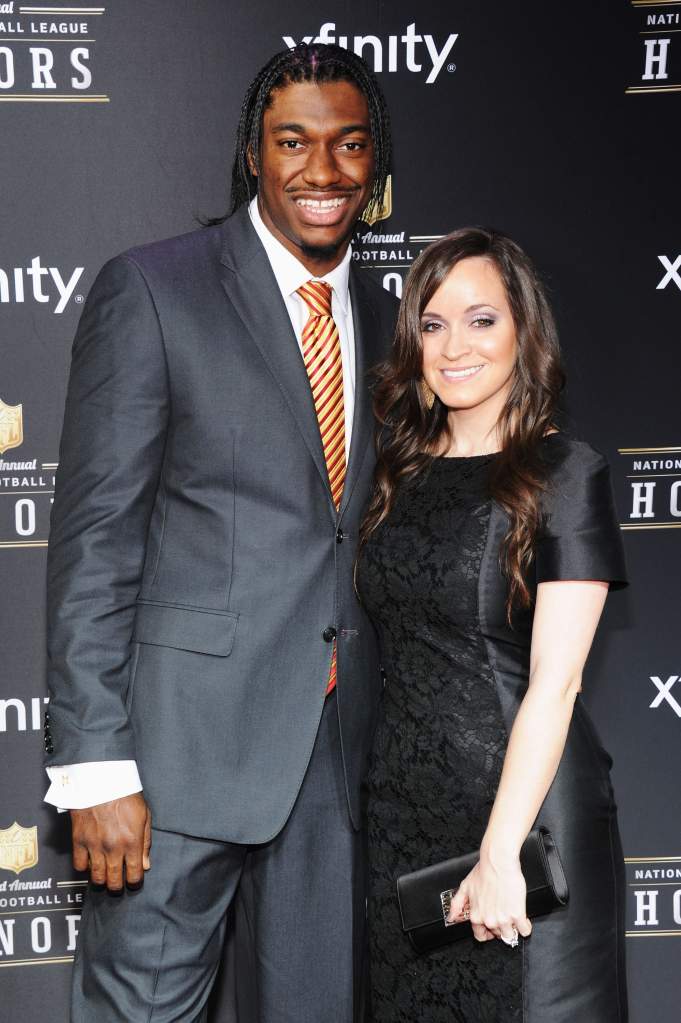 The couple were engaged while they were still attending Baylor in 2010 — before Griffin was drafted in the 2012 NFL Draft. On Oct. 23, 2010, just a few hours after he had passed for 404 yards and four touchdowns in a Homecoming win over rival Kansas State, Griffin proposed. During a candlelit ceremony at the Baylor indoor practice facility, he asked Liddicoat to marry him.

After the game, all of our parents were there, but they had already left us before we left the stadium. Robert was acting kind of strange, driving slow. He was stalling and coming up with things to do, and he said we have to go to the indoor facility. I wasn’t really expecting it. When we got there it was all dark, and then I realized something was happening.

Griffin retrieved the ring from his father, then sang a love song he wrote for Liddicoat, accompanied by a teammate with a guitar. Surrounded by their families, Griffin took a knee and popped the question. 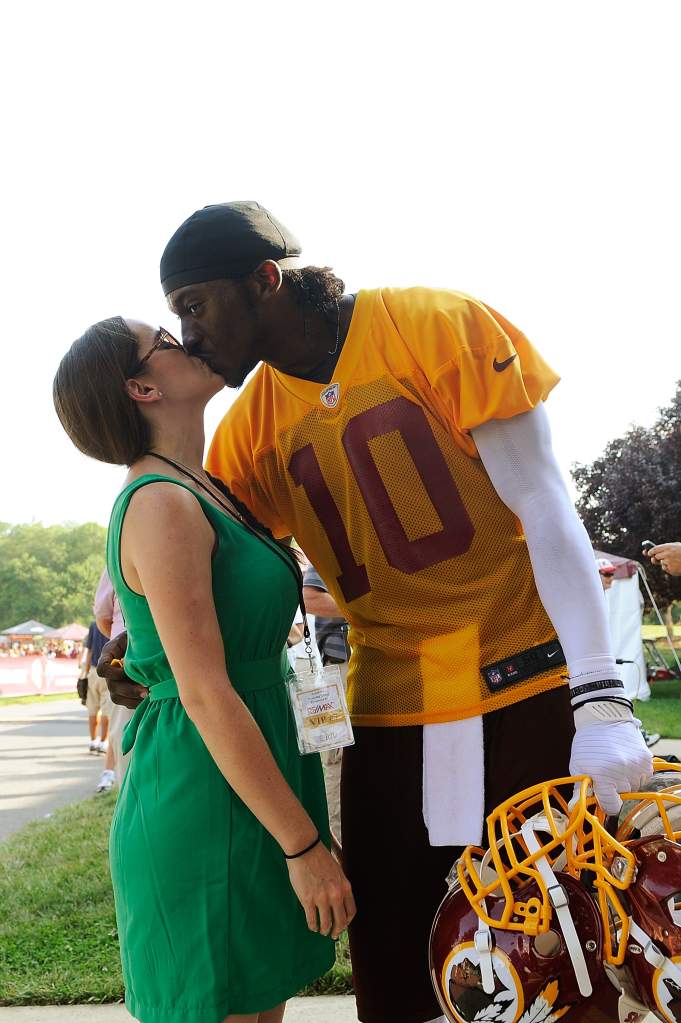 Griffin spoke about his perspective on interracial marriage during an interview with Seth Davis in 2014.

“We’ve certainly made progress, but I’m an analytical guy and I know there are still people that have issues with interracial marriages and that’s just what it is,” he said.

We had to deal with it, not necessarily at Baylor, but any time you walk around and people give you funny looks, you understand that some people aren’t going to agree with it, whether it be in the white community or the black community. We understood that when we decided to get married and have that relationship, and we’re willing to deal with it. It’s not as prevalent an issue as Doc [Rivers] or Charlie [Strong] had to deal with, so I think in that regard we have moved on, but I think more so it’s hidden in today’s society.

5. They Collaborated on a Weird Rap Video and Later Published It to YouTube 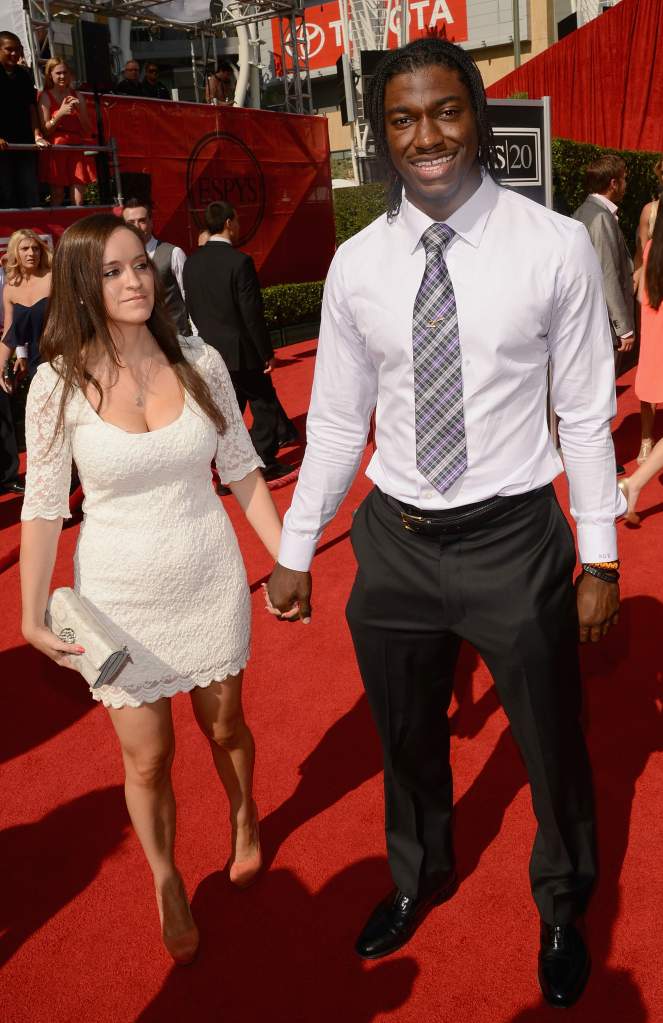 Back in March 2013, the couple (and an undisclosed background dancer who was never identified) made a rap video to the song “Pop Rocks and Tootsie Pops” which can still be found on YouTube here.

The video surfaced on the quarterback’s official Facebook page in July 2013 with the message, “Check out the first official video release of Mr. and Mrs. Robert Griffin III,” which caused it to go viral.