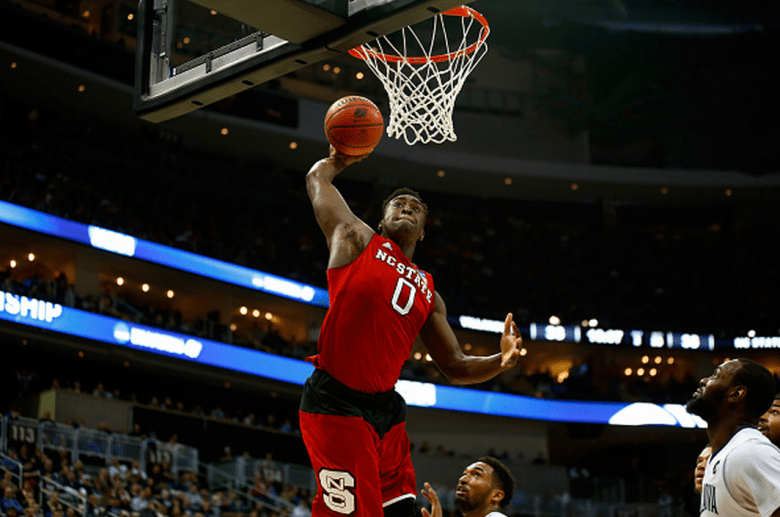 NC State’s Abdul-Malik Abu dunks against the Villanova Wildcats in the second half during the third round of the 2015 NCAA Men’s Basketball Tournament. (Getty)

Two years ago Louisville won the national championship. Last year the Cardinals advanced to the Sweet 16. This year has been a roller-coaster season, but head coach Rick Pitino has put his experience to use as he continues to lead his Cardinals squad through the tournament. In the round of 64, No. 4 Louisville slid past No. 13 UC Irvine. Then the Cardinals knocked off No. 5 UNI to advance to the Sweet 16.

Louisville will take on ACC foe NC State. Although No. 8 NC State had an early dismissal in last year’s tournament with an overtime loss to Saint Louis in the round of 64, the Wolfpack held strong this season and earned a bid to the dance as a committee-selected team. In the round of 64, NC State routed No. 9 LSU and then pulled an upset over No. 1 Villanova to keep their season alive for another week.

Read More
Basketball, College Basketball, March Madness 2015
After four days of madness, college hoops is moving on to the Sweet 16. Get to know the East region matchup between No. 4 Louisville and No. 8 NC State.