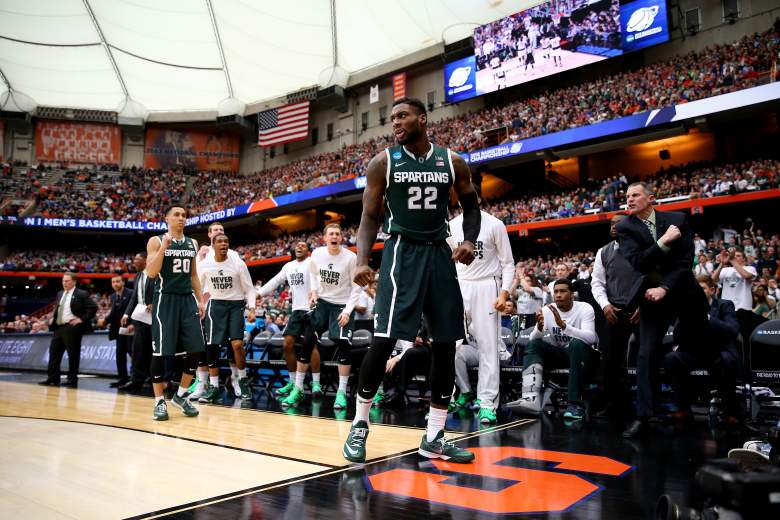 After an intense match-up between two powerhouse NCAA Men’s Basketball Programs, the East Region has a representative in the final four. Michigan State returns to the semi finals of the NCAA tournament for the first time since 2010.  This will be the Spartans sixth appearance in the final four under head coach Tom Izzo, and while they cut down the nets and celebrate, it’s every fans duty to support their team and pick up the best apparel as the Spartans await their opponent from the Duke/Gonzaga match-up.

Check back later as more gear will be available as they become available online.

Though not specific to Louisville or Michigan State, fans of college basketball can commemorate this year’s tournament with this one of a kind t-shirt. The original bracket is on the back of the shirt, with the final four emblem on the front.

This hat goes perfect with any outfit for a Michigan State fan, whether it is for a tailgate during football season, or a cap to wear during March Madness, this hat is perfect for any Spartan fan to show their pride.