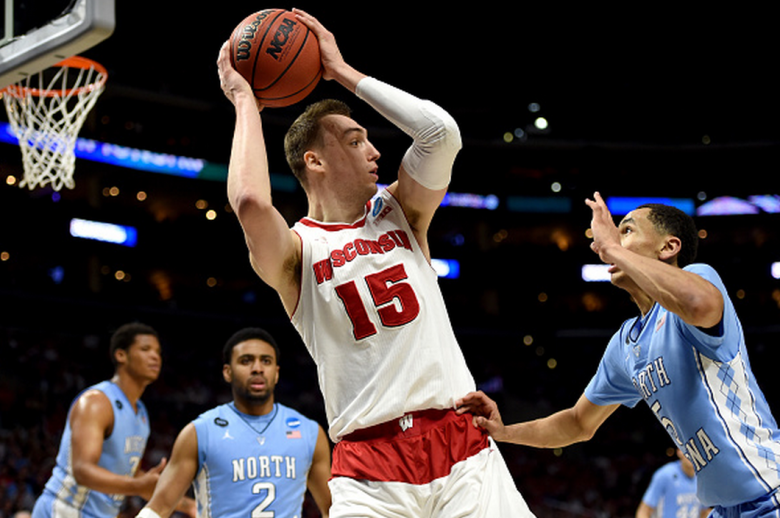 Coming off a season that ended in the Final Four with a loss to Kentucky, Wisconsin has continued to progress and dominate in the Big Ten and nationwide this year. The Badgers were Big Ten regular season champs and won the conference tournament title in overtime to earn them an automatic bid to the dance. In the round of 64, Wisconsin breezed by No. 16 Coastal Carolina, 86-72. Then in a rematch from last year’s tournament, the Badgers knocked off No. 8 Oregon before knocking off No. 4 North Carolina, 79-72.

Arizona is back in the NCAA Tournament for its 32nd appearance in 64 years. The Wildcats notched their first Pac-12 Championship since 2002 to receive an automatic bid. And since then Arizona has easily advanced through each round. In the round of 64, the Wildcats defeated No. 15 Texas Southern and then topped No. 10 Ohio State. Arizona beat No. 6 Xavier to advance to the Elite Eight.

Read More
Basketball, Big Ten, College Basketball, March Madness 2015
From the Sweet 16 to the Elite Eight. Get to know the West region matchup between No. 1 Wisconsin and No. 2 Arizona.