The Pelicans are suddenly set to grab the final seed in the Western Conference Playoffs and Anthony Davis is the reason why. (Getty)

The Spurs and Rockets are two of the hottest teams in the NBA and they face off Wednesday night. Will they put everything into this game, or will the Spurs decide to rest some guys off a back-to-back? The Pelicans are now the eight seed in the West, but another win would be nice for them. The Grizzlies won’t give it to them for free, though. These picks have come out on top for six straight days, read below to see if that will change to seven.

Dwight Howard's 32 Points Propels the Rockets Over the SpursDwight Howard finished with 32 points and 16 rebounds as the Spurs had no answer for the Rockets. About the NBA: The NBA is the premier professional basketball league in the United States and Canada. The league is truly global, with games and programming in 215 countries and territories in 47 languages, as well as…2014-11-07T06:20:24.000Z

If the Rockets get swept by the Spurs in tonight’s and Thursday’s game, they could be looking at a dreaded 3-6 matchup against them in the first round of the playoffs. Both teams are playing well at an important time, but maybe more so the Spurs. They have one home loss in the last two months (overtime to Cleveland) and they’ve covered in a lot of those. The Spurs have won EIGHT straight games by double digits.

The Rockets have been better on the road this year compared to past years, but with the Spurs rolling, that’s not a given. The reason this line isn’t any bigger is because San Antonio is coming off a back-to-back (OKC last night). The last time the Spurs had a road-home, back-to-back, they beat the Thunder 130-91. However, keep an eye on the Spurs inactives as Tony Parker left Tuesday’s game with an Achilles issue.

Anthony Davis Hammers Home a Pair of Highlight DunksAnthony Davis puts on a dunking display en route to the win versus the Kings. About the NBA: The NBA is the premier professional basketball league in the United States and Canada. The league is truly global, with games and programming in 215 countries and territories in 47 languages, as well as NBA rosters at…2015-04-04T04:32:20.000Z
This is a tough stretch for the Pelicans, who need a win if they want to stay the eight seed. They are coming off an important win last night against the Warriors and need to keep it going. The Grizzlies haven’t been playing that great lately, but they will be coming off three days of rest, whereas the Pelicans played last night. In the three previous meetings, the home team won all of them.

The Pelicans will still have some fight in them, and the Grizzlies haven’t blown out many teams lately, even at home.

On a back-to-back, how much will the Hawks want this game? Probably not a whole lot, with Paul Millsap missing his second straight game. The Hawks took care of the Suns last night, but now they travel to a team fighting for the playoffs.

The Nets took care of a depleted Trail Blazers team last time out and could do the same again if the Hawks decide to rest any of their guys. Atlanta has lost two straight road games against teams with losing records (Charlotte and Detroit).

Andre Drummond frightens Spencer Dinwiddie & Quincy Miller with the monster dunkDetroit Pistons vs. Boston Celtics (March 22, 2015). Andre Drummond gets deep post position and throws down a powerful dunk to the liking of the Pistons bench.2015-03-23T05:26:21.000Z

While the Celtics are fighting for their playoff lives, they have still lost six straight games in Detroit. Considering the Pistons aren’t playing to lose, they are a nice pick as home underdogs here.

After a loss last night, the Hornets need this win at home. But it’s not a given at all, considering their injury issues. The Raptors are still fighting for home court advantage in the first round of the playoffs so the edge goes to them.

The only thing is that Charlotte has had Toronto’s number in each of the first two meetings earlier this year. Of course, that was with Al Jefferson on the court. 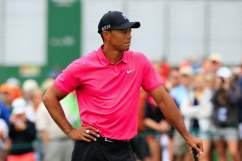 Read More
Basketball, NBA, Sports Betting
Two of the hottest teams face off in the Rockets and Spurs on Wednesday, but also Anthony Davis and the playoff-hopeful Pelicans look to grab another big win.