Sunderland forward Jermain Defoe unleashed a stunning volley to open the scoring in the final minute of the first half against Newcastle on Sunday afternoon. It was the lone goal in a crucial 1-0 win for Sunderland, which climbed into 15th place in the Barclays Premier League with seven games remaining. Sunderland is now three points clear of the relegation zone.

His reaction after the strike was priceless.

Defoe cried as he walked off the field for halftime.

A day after Charlie Adam’s amazing goal for Stoke, it’s been quite a weekend for wonderstrikes.

The goal was Defoe’s third in nine appearances for the Black Cats since his highly-publicized transfer from Toronto FC that involved American striker Jozy Altidore. Despite his age (32), Sunderland gave Defoe a three-and-a-half year contract.

Defoe made his professional debut at West Ham (1999-2004), and spent a year at Bournemouth during that time. Defoe then spent nine years (split into two spells) with Tottenham Hotspur before leaving for Toronto in 2014. He made 276 appearances for Spurs, scoring 91 times. Defoe has earned 55 caps for the English National Team, scoring 19 goals. 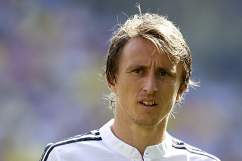