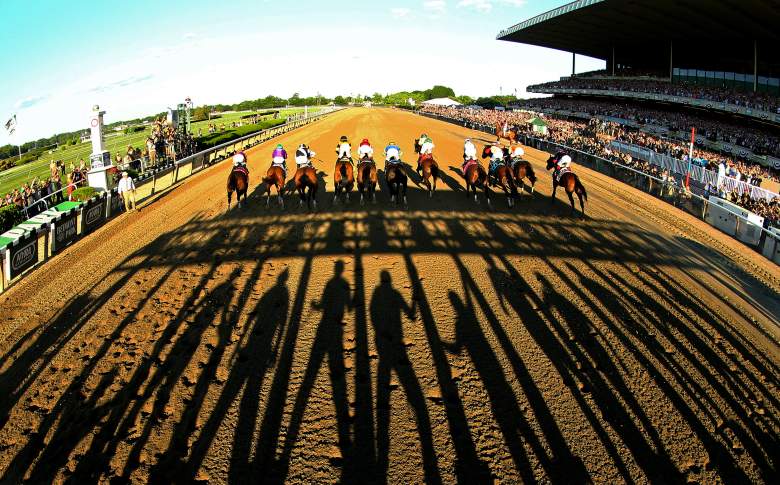 The field breaks for the 146th running of the Belmont Stakes at Belmont Park on June 7, 2014. Getty)

The 2015 Belmont Stakes Post Position Draw was held on Wednesday morning from Rockefeller Center in New York City and determined where the eight horses that will compete in this Saturday’s 147th running of the Belmont Stakes will start from.

Two of American Pharoah’s top competition in the Kentucky Derby were Materiality and Frosted who started from post-positions No. 3 and No. 15 in the Derby respectively.

After each horse skipped running in the Preakness, both will be fresher in order to compete toe-to-toe with American Pharoah in the mile-and-a-half marathon on Saturday. The Belmont Stakes is the longest race in the United States and one of the longest horse races in the world.

Here are where each of the eight horses will start from in Saturday’s Belmont Stakes:

Post time for the Belmont Stakes is approximately 6:30 p.m. ET and will be broadcast live on NBC.