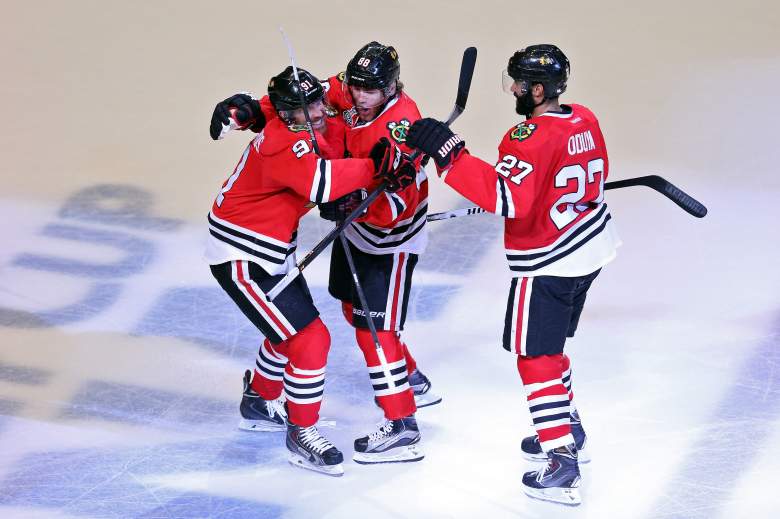 Patrick Kane celebrates with teammates Johnny Oduya and Brad Richards after scoring an insurance goal in Game 6 to wrap up the Stanley Cup. (Getty)

The Blackhawks are the Stanley Cup champions once again, and we’ve got you covered with the gear you need to celebrate the franchise’s latest title.

We’ll be updating this post as more and more gear becomes available, so bookmark this page and come back early and often.

Here’s a rundown of the best stuff available so far:

The Hawks team store at Fanatics has gear ranging from the Stanley Cup championship towel pictured above to dozens of championship t-shirts, tank tops, hats and jerseys.

And Hawks fans looking to show off their team pride while sunning themselves at Lake Michigan this summer can pick out items ranging from a Hawks beach towel for $17.56 to a bright red Hawks bikini for $31.96.

Shop for Blackhawks championship gear in the Fanatics team store.

Blackhawks ‘Because Its the Cup’ T-Shirt 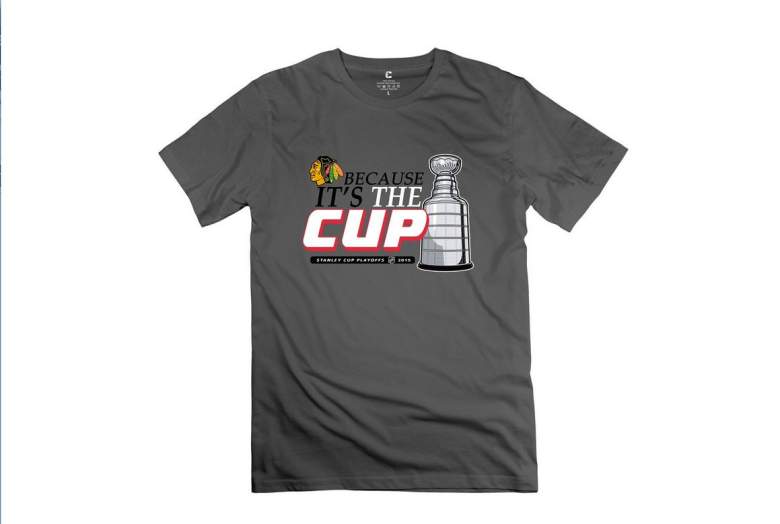 It’s a sight that’s become familiar to Hawks fans over the past six years, but that doesn’t make it any less awesome: The two most iconic symbols in hockey — the Blackhawks logo and the Stanley Cup — on one comfortable cotton t-shirt.

The shirt is available in sizes extra small through extra extra large. And it’s available in a surprising number of colors, ranging from the classic gray featured above to green, purple, royal and baby blue and bright yellow. 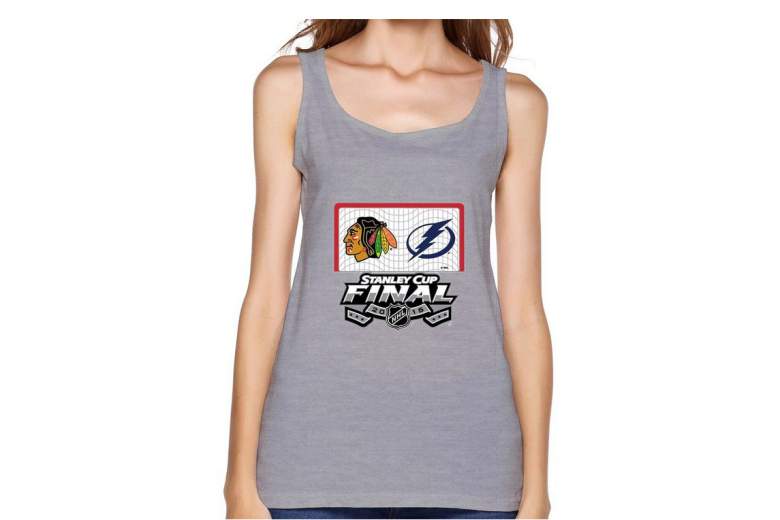 If you’re a female Hawks fan looking to revel in the championship during the hot Chicago summer, the tank is a good fit. It features the Hawks and Tampa Bay logos and comes in sizes ranging from small to extra extra large. It also comes in black, two shades of gray, white and red. 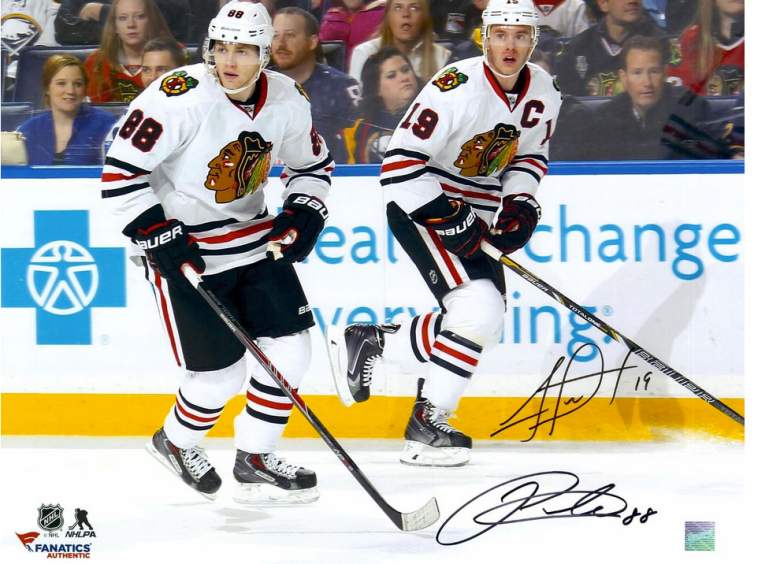 This is one of the pricier options in the Hawks’ Amazon fan shop. But if you’re looking to splurge on a Father’s Day or birthday present, it’s hard to go wrong with a photo signed by the Hawks’ captain and the guy who scored a third-period goal in Game 6 against Tampa Bay that all but wrapped up the Cup.