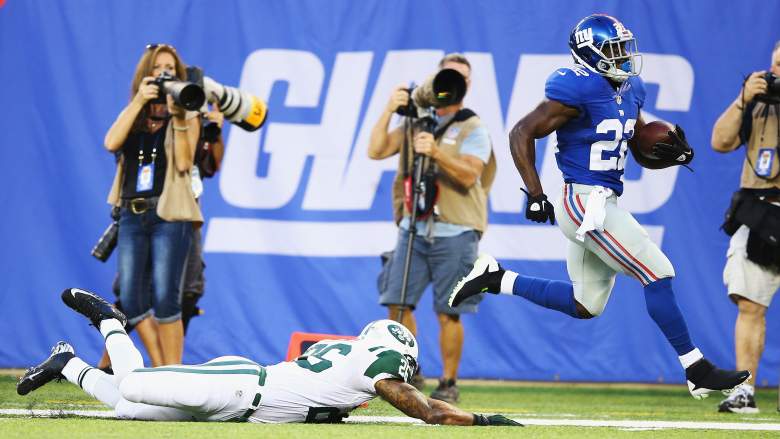 David Wilson’s second chance got off to a rough start on Saturday.

The former New York Giants running back, who was forced to retire from the NFL at the age of 23, made his professional triple jump debut at the Adidas Grand Prix at Icahn Stadium, but it didn’t quite go as well as expected.

Wilson best jump of three was just 14.66 meters. That put him well below the rest of the field.

Nevertheless, Wilson is still getting back into the swing of things and his professional debut was an important first step. Let’s take a look at everything you need to know about him.

1. He Was a 2-Sport Athlete at Virginia Tech

Wilson, of course, was most recognizably a football star. In three seasons with the Hokies, he ran for 2,662 yards and 18 touchdowns. Showing to capability to take it to the house every time he touched the ball, he averaged an explosive 5.8 yards per carry.

That home-run hitting ability is unsurprising when you realize he was also a superb track-and-field standout. Wilson competed in the 100-meter dash, the 4X100-meter relay, the long jump and the triple jump. He had the most success at the latter, finishing sixth at the 2011 NCAA championships with a personal record of 16.20 meters.

A late-first round pick by the Giants in the 2012 draft, Wilson showed plenty of flashes of his intriguing talent as a rookie. He averaged 5.0 yards per carry on the year, and he set a franchise record when he racked up 327 all-purpose yards against the New Orleans Saints in December. He was ultimately named to the All-Pro second team as a kick returner.

Unfortunately, Wilson suffered a neck injury five games into the 2013 season and was forced to sit out the remainder of the year. He underwent surgery but ended up retiring from football in August 2014 at the advice of his doctors.

3. His Ultimate Goal is Making the 2016 Olympics 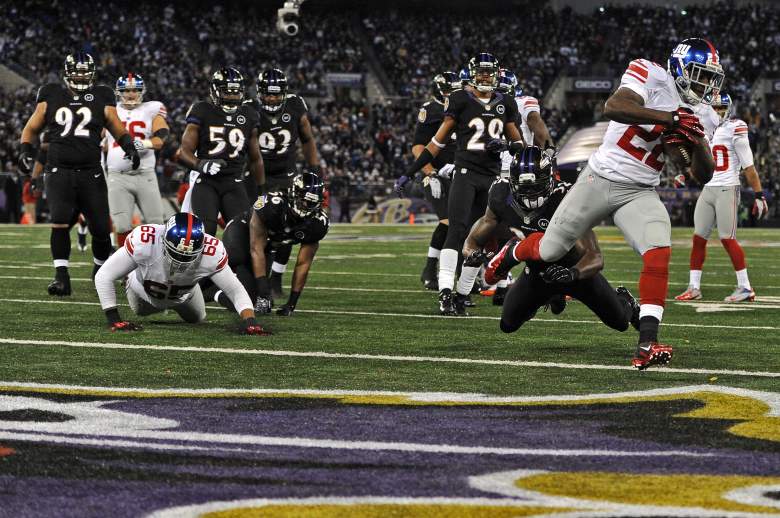 Being forced to walk away from the sport you love at such a young age would be devastating for many people, but Wilson didn’t sulk and instead made a quick transition to track and field.

He faces an uphill battle making it to the Rio Olympics next summer, but he is clearly prepared to put in the necessary work:

When I say words like, ‘When I go to the Olympics’ and ‘Olympics, Olympics,’ these are big words and goals that I set for myself. But I know the hard work that goes behind getting to those points. And not by any means am I saying it’s going to be easy. I know I’m going to have to wake up every day and that be my main focus, same way I did for football. That’s how I got successful at that.

4. His PR Is Short of the Olympic Qualifying Standard 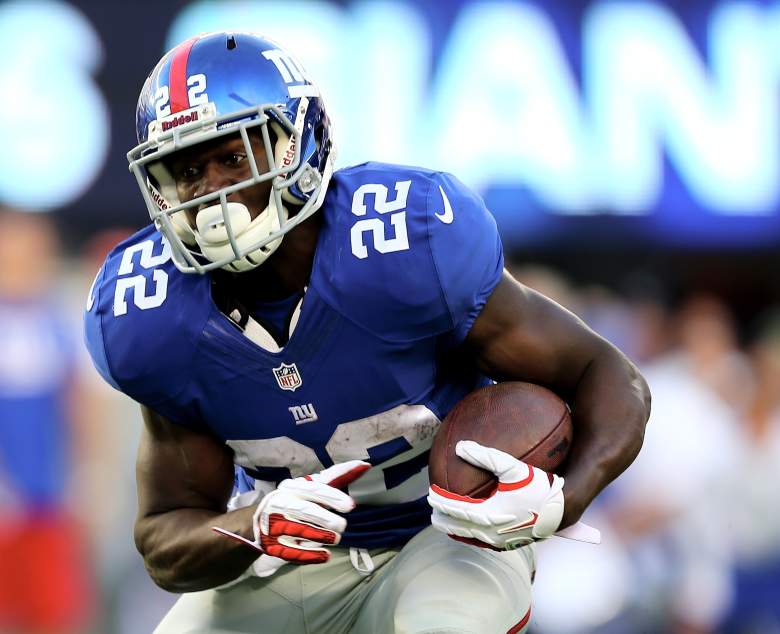 Still, his PR came when he was at Virginia Tech, a time when he was 220 pounds and focused almost solely on football. Now, he’s down to 189 pounds and has been training with 2012 Olympic silver medalist Will Claye.

Unfortunately for Wilson, Saturday’s result means he won’t qualify for the US Championships, which take place later this month. In order to have qualified for that, he would have had to jump 16.30 meters, which he fell well short of.

5. He Likes to Celebrate With Flips

He has done it in high school. He has done it before games. And, as you can see above, he has even broken out the double-backflip.

We can only hope he brings some of that flair to track and field.

Read More
5 Fast Facts, NFL, Rio Olympics 2016
David Wilson, who was forced to retire from the NFL in 2014, begins his quest to make the 2016 Olympics in the triple jump.