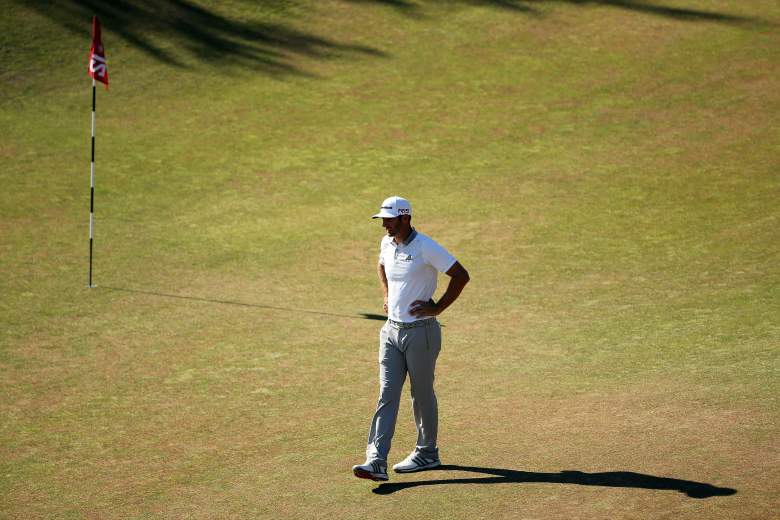 It was almost very dramatic.

Dustin Johnson was just inches away from forcing an 18-hole playoff at the U.S. Open on Sunday evening when his putt barely missed the hole. The shot, and the miss, gave Jordan Speith the victory at the Open, his second major victory this year.

Here’s how the shot looked:

Johnson’s approach was picture-perfect before the putt:

Dustin Johnson's approach was every bit as good as Jordan's pic.twitter.com/eRM7tf9hap

He put himself in a position to win 12-foot-4-inch putt for eagle. Then he missed that. He missed the next shot too. It cost Johnson the Open. It also cost him a good chunk of change.

Not only did Dustin Johnson's disaster on the 18th cost him the US Open title, but it cost about $900,000 in the purse winnings. #USOpen2015

Johnson told ESPN, “I really struggled getting it in the hole today. I didn’t think I was hitting bad putts, they just weren’t going in.” Meanwhile, Speith, who missed a putt of 15 feet 4 inches for eagle on hole 18, birdied on his final attempt and finished the weekend five-under-par.

Read More
Golf, U.S. Open
Dustin Johnson missed a put that would have forced a playoff round at the U.S. Open on Sunday night. Instead, Jordan Speith won the major.