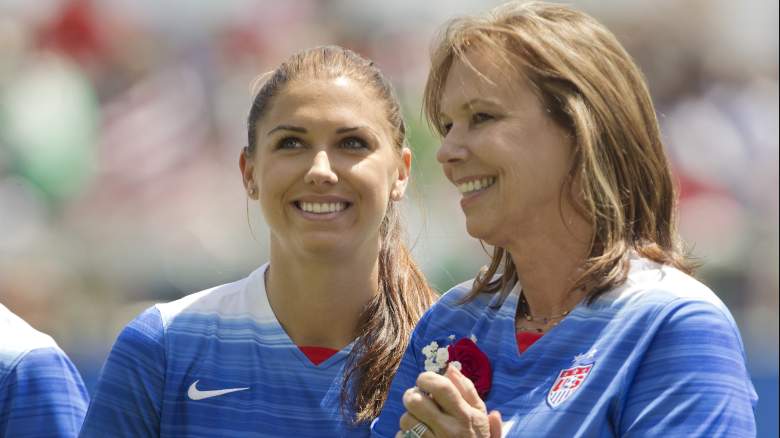 USWNT star Alex Morgan (L) with her mom, Pam, during player introductions before a Mother’s Day match against Ireland in 2015. (Getty)

A pivotal star at the 2015 Women’s World Cup, Alex Morgan is one of the US Women’s National Team’s most prolific goal-scorers. She has countless endorsements. She has authored children’s books. She is immensely popular.

But most people know all of that already.

What many don’t realize is that Morgan’s immense success is in large part due to the endless support she has received from her family members.

1. Her Father Was Her Coach as a Youth

Growing up in Diamond Bar, California, Morgan played a variety of sports before eventually electing to concentrate on soccer. Her father, Mike, didn’t know much about the sport, but that didn’t stop him from being involved and helping Alex grow as a player. He bought her a goal when she was 10. He practiced with her, whether it was as a goalkeeper or as a teammate laying passes off for her to finish. He coached her youth teams.

“My dad was huge for me,” said Morgan in 2012. “He was the only dad sitting at every practice and he still has not missed a national team game.”

2. Her Mother Was Supportive in Different Ways

My mom was the type who was really loving and supportive and super positive. She’s like, ‘Honey, if you lose, it’s ok,’ whereas my Dad always wanted me to push the limits. He’s like, ‘You’ve got to be the best. No one remembers No. 2.’ I feel really lucky to have gotten to have both viewpoints. I got the best of both worlds.

Pam and Alex’s mother-in-law, Gloria Carrasco, were recognized in Coca-Cola’s Share The Bench campaign, which “aims to recognize and inspire the people who help the athletes on the pitch stay driven as they strive for their goals.” 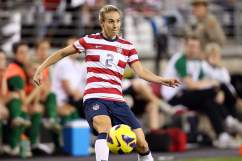 Alex Morgan (R) with her older sister, Jeri. She has another sister, Jennifer, who is the oldest of the trio. (Instagram/alexmorgan13)

A bit unsurprisingly for someone who has often been referred to as “Baby Horse,” Alex is the runt of the family. She has two sisters, Jennifer and Jeri, who are six and four years older than her, respectively. Despite the age gap, the trio of sisters have always been very competitive.

“I’d race them down the street,” Morgan said. “Everything was a competition. Beating someone to us was just so sweet, even if it was just a family member.”

4. She is Married to Sporting Kansas City’s Servando Carrasco

The best day ever. pic.twitter.com/k1SFv2uxDV

Morgan met Servando Carrasco when they were both playing soccer at the University of California. The two were together for quite some time before marrying on New Years Eve 2014.

“We are both so happy, grateful and excited to start our lives together as Mr. and Mrs. Carrasco,” Morgan said. “I truly married my best friend.”

Carrasco, the No. 27 pick in the 2011 MLS SuperDraft, has played with the Seattle Sounders, Houston Dynamo and Sporting Kansas City. Currently with the latter, he is teammates with Dom Dwyer, the husband of Morgan’s USWNT attacking mate, Sydney Leroux.

5. Her Mother-in-Law Is the Inspiration Behind Her Pink Headband 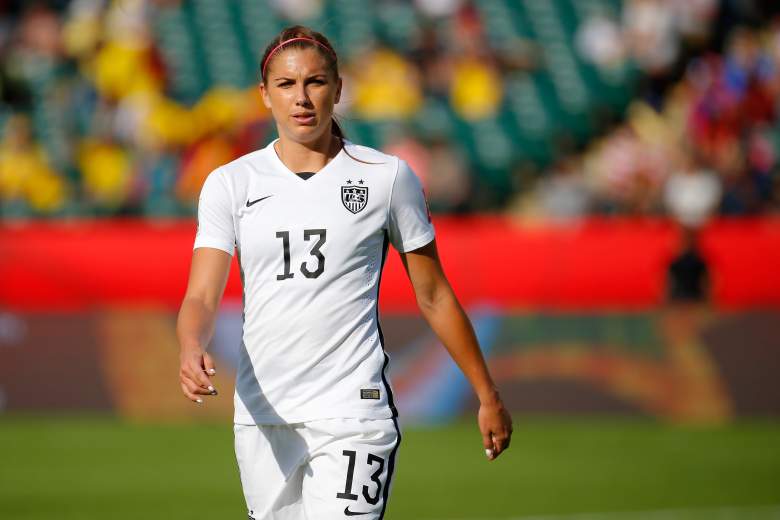 Many know about Morgan’s famous pink headband. It even has its own Twitter account with nearly 2,000 followers. But what’s less known about the headband is why Morgan wears it.

She wears it in support of Gloria Carrasco, who was diagnosed with breast cancer in 2006. She eventually beat it and remains healthy.

Read More
5 Fast Facts, Soccer, Women's World Cup 2015
USWNT striker Alex Morgan is one of the most popular athletes in the world, but she wouldn't be where she is today without her loving family.