It’s not getting any better for Florida State quarterback De’Andre Johnson.

The 19-year-old football player was charged with battery last month after he, allegedly, punched a woman in the face at a Tallahassee bar. Technically, and legally, speaking the charges are still alleged but a video that was released on Monday may quickly change that.

The Tallahassee Democrat published the nearly five-minute video of Johnson striking the woman at the bar on its site and now the sports world, including many FSU fans, are calling for Johnson’s removal from the Seminoles roster.

Here’s what you need to know about the maybe-future quarterback:

1. Johnson Was Dismissed from the FSU Football Team on Monday Night 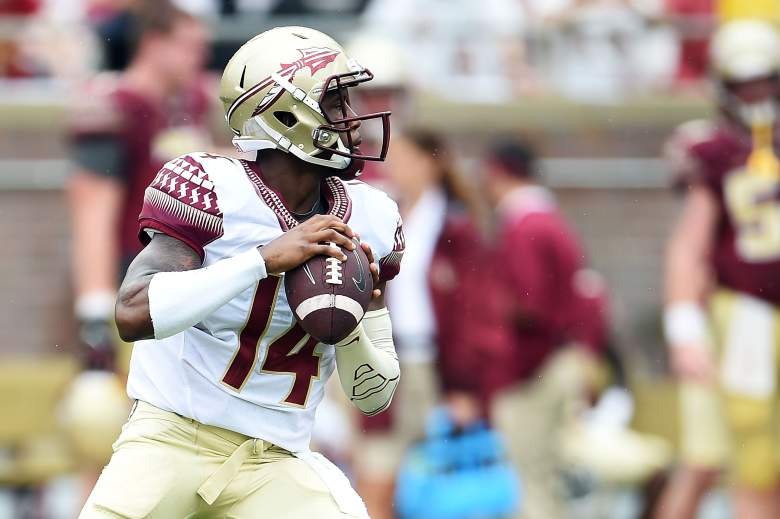 Although Johnson had been indefinitely suspended from the Seminoles shortly after the in-bar incident, the team announced on Monday evening that he had been dismissed from the team.

ESPN’s report cited sources that claimed Johnson was involved in an argument with the woman while the two were, separately, waiting for drinks. Witnesses told police the woman, a 21-year-old FSU student, had raised her arms, Johnson grabbed them and then punched her in the face.

I know criminal charges for bar fights often are misdemeanors, not felonies, but this was awful by De'Andre Johnson: https://t.co/34ghlVdXDK

The Tallahassee Police Department released a heavily redacted copy of the incident report to media shortly after the night at the bar.

Johnson had enrolled at FSU in January of this year after graduating early from high school.

2. He Turned Himself in at the Leon County Jail on June 30 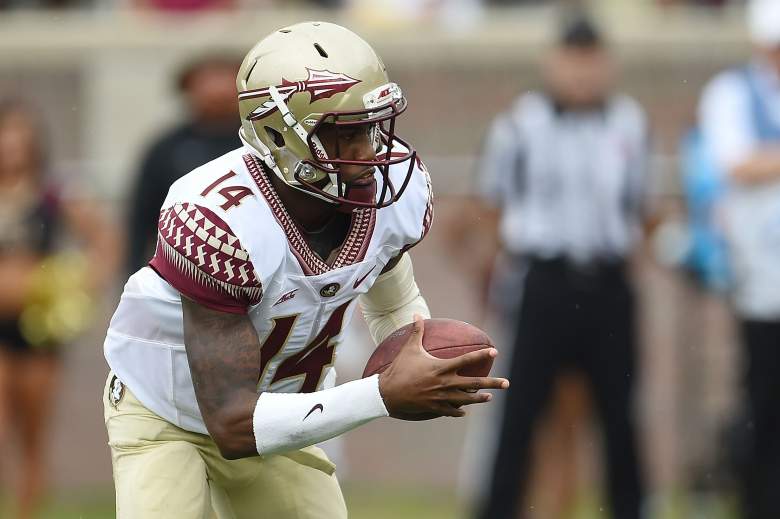 Johnson, who was not immediately charged following the incident, turned himself into police on June 30 after a warrant was issued for his arrest. The 19-year-old football player was charged with misdemeanor battery and, per The Tallahassee Democrat, was released on $500 bond on June 2.

The State Attorney’s Office in Tallahassee had issued the warrant for Johnson’s arrest and had been identified after a witness at the scene confirmed him on video.

3. The Video of His – Still Alleged – Assault Was Released on Monday

After several weeks of “alleged” speculation concerning Johnson’s involvement in the incident at the Tallahassee bar, video was released on Monday afternoon that shows him physically striking a woman.

The video shows the woman struggling to force Johnson to let go of her, hitting him in the arm before he punches her in the face with enough force to actually knock several cups and pitchers off the bar. The video sparked outrage across social media as many people called on FSU to remove Johnson from the team completely.

Livid right now that anyone would defend De’Andre Johnson punching that girl. I don’t care that she took a drunk swing. Be a man & walk away 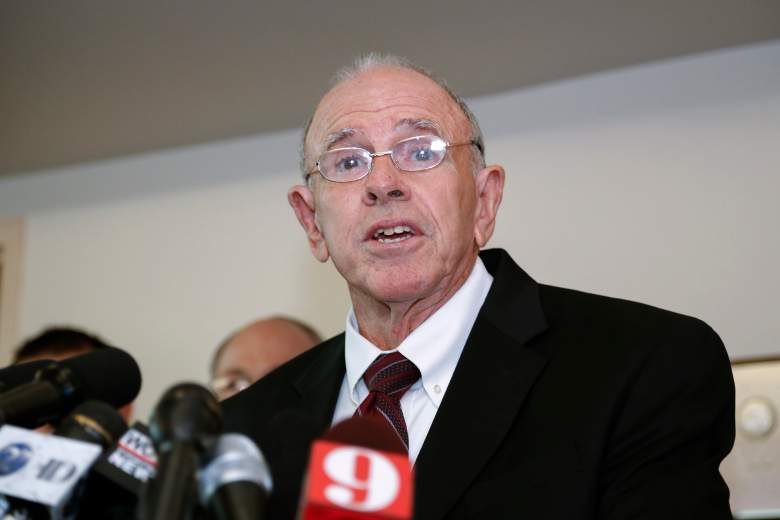 Meggs is a state attorney on the second judicial circuit in Florida and will be the lawyer to prosecute Johnson in the upcoming case.

Meggs spoke with the The Tallahassee Democrat earlier this week and said that the woman, whose name is still being withheld by authorities, is moving forward with battery charges. He said the woman, who suffered bruising  near her left eye, swelling of the left cheek and upper lip, and a small cut near the bridge of her nose, according to court records, still had visible injuries when he met with her recently. Meggs added:

She’s a good witness and she wants to testify. She’s a little nervous about it.

5. Johnson Was Touted as a Dual-Threat Quarterback

Although Johnson was never a true front-runner for the FSU starting job under center, particularly with junior Sean Maguire and Notre Dame transfer Everett Golson on the roster, he was still a highly ranked recruit for the Seminoles.

Johnson was a 2015 Under Armour All-America Game selection and was invited to “The Opening,” a summer all-star prospect camp at the Nike Campus. He played his high school football at First Coast in Jacksonville, Florida.