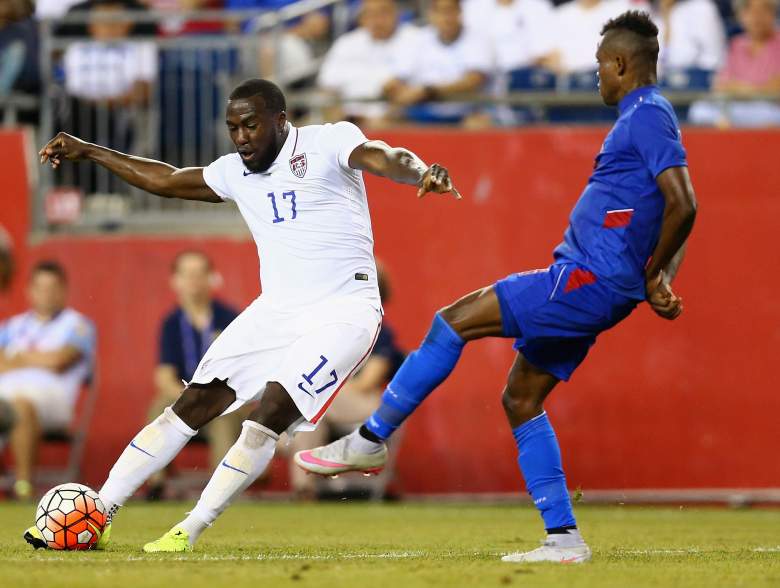 After putting in two underwhelming performances in pool play of the 2015 Gold Cup, the United States striker has been left off the USMNT roster for the remainder of the tournament. The United States added Alan Gordon to its front line to replace Altidore, who did not play in the final pool play game against Panama.

Teams could make up to six changes to their 23-man rosters before the knockout round, using players from their 35-player preliminary lists.

The move shouldn’t come as too much a surprise, particularly since Altidore has been playing with a hamstring injury through much of the Gold Cup. He tweeted out a message to his teammates after the announcement on Tuesday:

Always a pleasure to be a part of @ussoccer all the best to the boys the rest of the way! #KeepTheCup #USMNT

Altidore had started in the first two Gold Cup games for the USMNT but was substituted out in the second of both and was never able to quite find his footing on the field. United States coach Jurgen Klinsmann, who had supported putting Altidore on the original roster earlier this year, explained why he was removed:

We believe that Jozy’s just not there yet. Jozy never really got into this tournament and never really picked up the rhythm. He’s just simply not in the shape right now to help us. For Jozy it’s just simply going back to Toronto, picking up his rhythm, getting in shape, working on his fitness and then he will start scoring goals again. That’s why Alan Gordon was on the standby roster from the beginning and that’s why we brought him in.

Altidore, barring any hamstring issues, will return to MLS play and will be available for Toront FC’s home match on Saturday. The United States, meanwhile, returns to Gold Cup play on Saturday night as well, facing the third-place team from Group B or Group C in Baltimore.

Read More
Gold Cup, Soccer, USMNT
The USMNT striker is no longer on the roster for the Gold Cup after head coach Jurgen Klinsmann announced post-pool cuts. What happened?