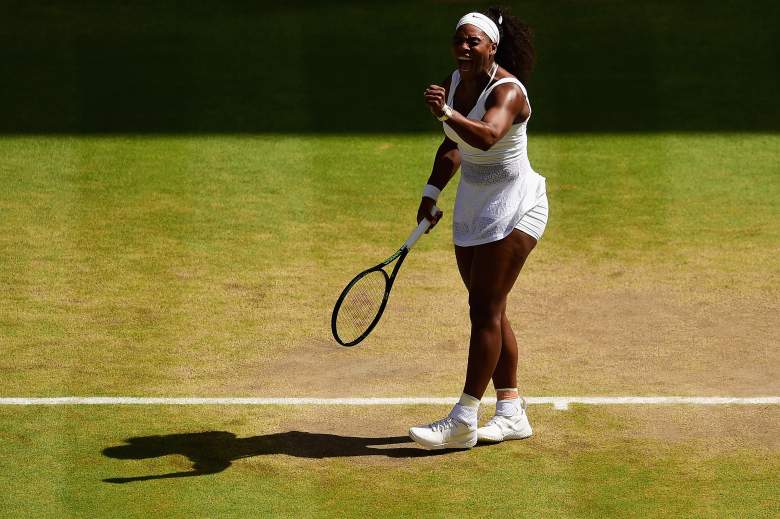 The greatest of all time? It’s getting more and more difficult to argue.

Serena Williams added yet another title to her resume, defeating Garbine Muguruza in straight sets (6-4, 6-4) to win her sixth Wimbledon championship. Check out the final play of the match and Williams’ post-victory reaction:

Williams, ranked No. 1 in the world, has now won 21 Grand Slam titles and the first three Grand Slams of 2015. She is also just one title away from tying Steffi Graf for the most by a female tennis player in the Open Era.

It took a moment for the victory to fully sink in for Williams after Mugurza’s return actually went out of bounds on the final point of the match. But once she did, the celebration was on and Williams even, for the first time throughout the tournament, acknowledged the “Serena Slam.”

She said post-match, “Every day is a pleasure and a joy for me to be out here playing and winning Wimbledon!”