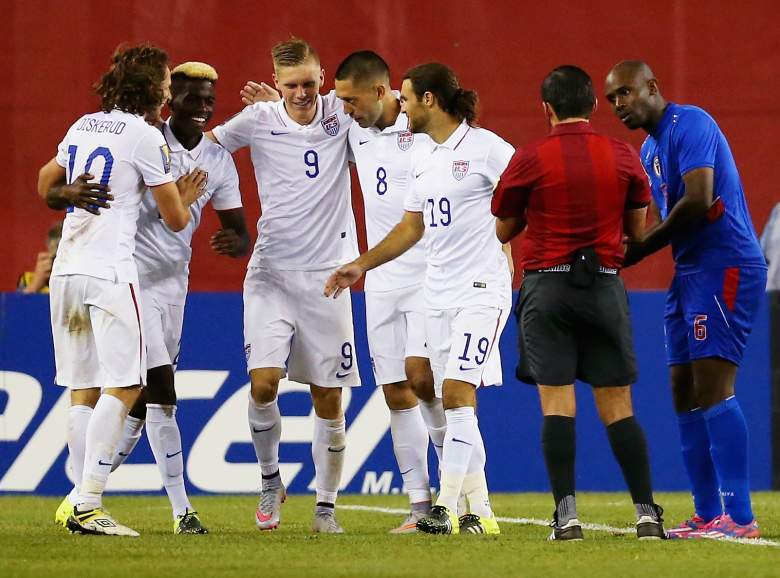 The USMNT is headed to the semifinals. -Getty

The United States appear to be headed to the 2015 Gold Cup Semifinals on July 22nd against either Haiti or Jamaica. If Haiti wins, the semifinals would feature a rematch against two Group A teams. The United States beat Haiti 1-0 in their first match during group stages.

The United States come of an excellent match against Cuba in the quarterfinals. The US won Group A with victories against Honduras and Haiti. After they had clinched the group, they played Panama for a 1-1 draw. The United States is expected to be favored against either Haiti or Jamaica.

The United States are coming off their best performance of the tournament thanks to goals like this one by Aron Jóhannsson. The US scored a total of 4 goals in the match.

Read More
Gold Cup, Soccer, USMNT
The US appears to be headed to the 2015 Gold Cup semifinals. Find out when they play again and who they will play.