Rory McIlroy, the No. 1 golf player in the world, announced that he wouldn’t be participating in the 2015 British Open this year after rupturing his left ATFL, or ankle ligament, and associated joint capsule damage earlier this month.

But while McIlroy’s injury was nothing short of vaguely gruesome, the road to injury was somewhat unexpected. The Irish standout actually injured himself away from the greens, announcing that the rupture occurred during a soccer game with friends over Fourth of July weekend.

That’s right. This was no in-game injury. Well, at least not the game most fans would associate with McIlroy.

McIlroy withdrew from last week’s Scottish Open and pulled out of The Open on July 8 and despite reports there is no timetable for his return to the fairways. Former British Open champion Darren Clarke caused some waves on the PGA Tour when he suggested that McIlroy wouldn’t return until January. McIlroy’s agent, Sean O’Flaherty, was quick to refute the claims, however, saying:

There was no basis for Darren’s comments. Rory’s rehabilitation is progressing well, but his return date is not yet known.

McIlroy has not yet pulled out of the 2015 Bridgestone Invitational, which he won last year, scheduled for August 6 – 9. There has been some sense of recovery though after McIlroy was spotted, without crutches, outside the Virgin Active Health Club near his hometown in Ireland earlier this week.

McIlroy, who won the Open last year, had been the favorite to repeat before the injury. Now, of course, it is Jordan Speith who is the front runner for the title, boasting 9/2 odds after wins at both the Masters and US Open. 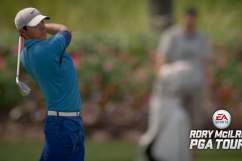