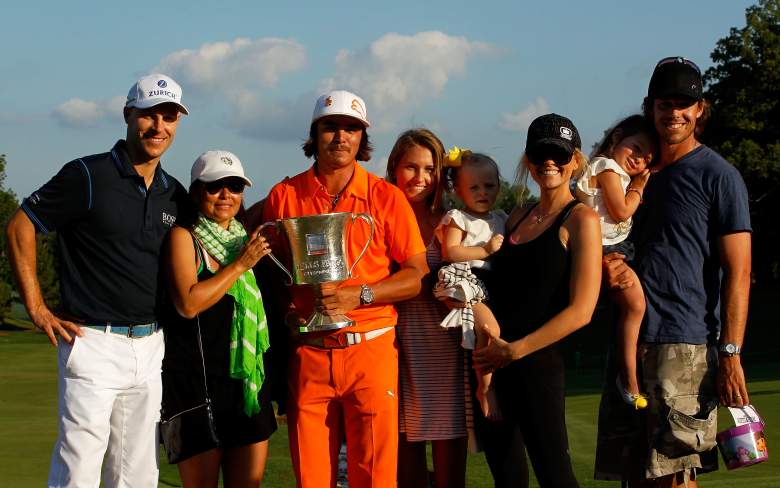 Here’s everything you need to know about Fowler and his fascinating family:

A California native, Fowler has one of the most diverse ancestries in all of sports.

His middle name, Yutaka, comes from his maternal grandfather, who is Japanese. It was actually his grandfather who first introduced Fowler to golf when he was just six years old. That same grandfather spent time in an internment camp on the Pacific coast during World War II and he credits his family’s struggles during the war for his fierce determination on the golf course.

2. He Created the Rickie Fowler Foundation in 2011 to help the Japanese & Native American Communities 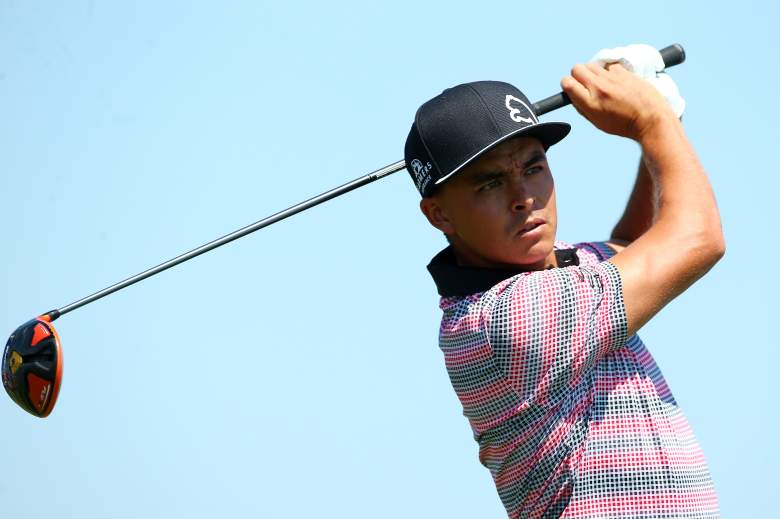 In 2011, Fowler created his own charity, The Rickie Fowler Foundation, to help aid both the Japanese and Native American Communities. The Foundation focuses on expanding educational opportunities surrounding each separate heritage and offers opportunities for at-risk youth.

Fowler’s charity work has been extensive throughout his career and has often moved beyond his own eponymous Foundation. The pro also donated $100,000 to the victims of the Moore, Oklahoma tornado in 2013 and hosted a member of the Moore High School golf team at the 2014 Farmers Insurance Open

3. His Mother & Sister Are Regulars on the Golf Course

Fowler’s mother and sister, who both work for him in a business capacity, are regulars on the golf course and have been some of his most supportive fans throughout his career. But they got more than they bargained for, fandom-wise, when Fowler surprised the golf world with a victory at the TPC Sawgrass earlier this year.

Both his sister Taylor and mother Lynne had already left the tournament, and were walking through the Jacksonville International Airport, when Fowler began working his way up the leaderboard. Suddenly, the pair knew, they had to get back. So they checked their luggage and made the 45 minute drive back to the course. Rickie explained what it meant to have his family return:

“It’s very special to have all of them here, and especially my mom for Mother’s Day,” Fowler said at the time. “I know she’s pretty happy.”

Lynne, who previously worked in the office of a steel company, and Taylor got back on the course thanks to a PGA-provided car and made it to see Fowler tee off for the playoff round of the tournament. It was hectic and chaotic and not at all their normal golf-watching routine, but it was well worth it.

While golf has always been the athletic focus of Fowler’s life, he’s also found himself consistently drawn to motocross, saying the sport made him “a bit fearless on the course.” He doesn’t ride as much as he used to, or attempt the jumps he used to take in stride, but Fowler still counts himself as a fairly talented motocross rider and credits his success on that course to his father, Rod.

He’s still at the track two to three times a week. He got me started riding when I was 3. He owns a sand-and-gravel/truck-and-transfer business that he started right out of high school, so he’s able to spend a good bit of time with me.

Rod Fowler spent most of his own youth learning the ins and outs of motorbikes and automobiles, eventually earning a living driving trucks and competing in off-road contests. In 1986 he and two teammates won the “quad” class in the Baja 1000.

When Fowler won the Players Championship at TPC Sawgrass in 2015, it wans’t the golf pro who was attracting the most attention. Instead, that honor went to his now ex-girlfriend, model Alexis Randock, particularly when the two shared a slightly kiss on the green after Fowler’s victory.

The couple reportedly broke up in late 2015, but as Fowler proved during the 2016 Ryder Cup, he doesn’t seem to mind single life: