During Canada’s 2015 FIBA Americas opener against Argentina on Tuesday, the Minnesota Timberwolves star took his man baseline and proceeded to put former NBA forward Andres Nocioni onto a poster. You can see the video above, and here’s another angle:

Wiggins over Nocioni. This is beautiful. Isn't it? #Twolves ?? pic.twitter.com/RRh7MFxu8o

Canada, which is looking to qualify for the Summer Olympics in basketball for the first time since 2000, ended up losing to Argentina, 94-87.

Playing in his first major international competition with Canada’s senior team, Wiggins led the way for Jay Triano’s squad with 13 points, six rebounds, three assists and a steal. While Canada won’t be happy with the loss, the young-but-talented team is still one of the favorites in Mexico as it continues to gain experience and gel. And matter what happens, you can expect plenty more highlights from the 20-year-old athletic specimen over the next two weeks.

All FIBA Americas games are broadcast live on ESPN3. 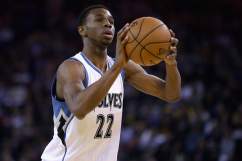 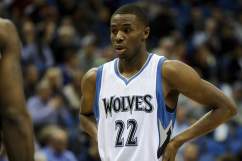