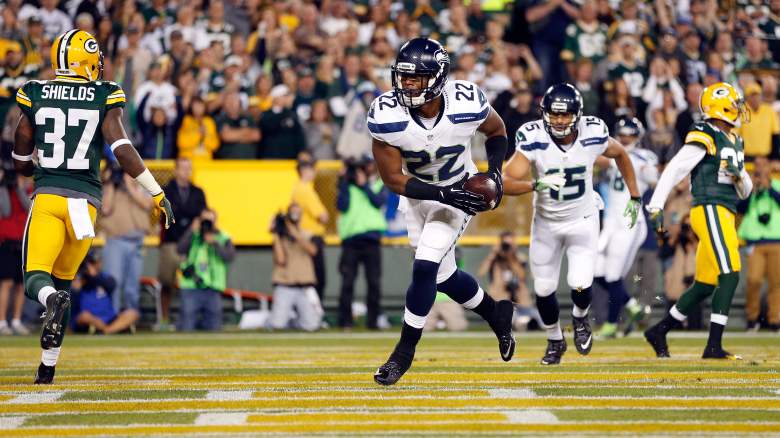 Perhaps Marshawn Lynch’s fantasy football revival will have to be put on hold.

After a pair of disappointing performances to start the season, Beast Mode looked primed for a monster week at home against the hapless Chicago Bears. However, according to head coach Pete Carroll, Lynch is dealing with a calf injury and will be a game-time decision:

RB Marshawn Lynch will be a game-day decision because of his calf injury, Pete Carroll said. #Seahawks

If I were a betting man, I would say Lynch suits up, as he’s been known to miss practice before and still play on Sundays. FieldGulls.com’s Danny Kelly put it simply:

Marshawn Lynch has missed one game in the last four seasons with the Seahawks. He has been listed as questionable many times

Still, there’s a lot of unknown in this circumstance, the Seahawks don’t need to push Lynch in a game they’re expected to dominate, and “game-time decision” is the worst possible phrase known to fantasy owners, so it would be smart to at least have a contingency plan.

Enter Fred Jackson, who should be added in all leagues.

If Lynch can’t go, the veteran running back is likely to share duties with undrafted rookie Thomas Rawls. Through two games, Jackson has received 19 snaps, while Rawls has gotten 11. That’s 63.3 percent of the work, which should be a pretty accurate forecast if Lynch is indeed out of the lineup. Rawls may get some early-down work, but Jackson is the far-more trusted and a far-more talented player. The 34-year-old won’t be a workhorse, but 15-to-18 touches is a reasonable expectation in a game where the Seahawks are favored by 15 points and thus expected to favor the running game in the third and fourth quarters.

And we’ve seen Jackson produce with less volume time and time again over the past several seasons.

Fred Jackson is the oldest RB in the NFL at 34. But he's still a darn good football player.

Jackson is especially adept in the passing game, where he’s a better blocker and receiver than Rawls. He had 66 receptions last year with the Bills, and he has three catches for 32 yards and a touchdown in limited time already this season. If Lynch is out, F-Jax becomes a top-15 play in PPR leagues, and a really solid flex with RB2 upside in standard leagues.