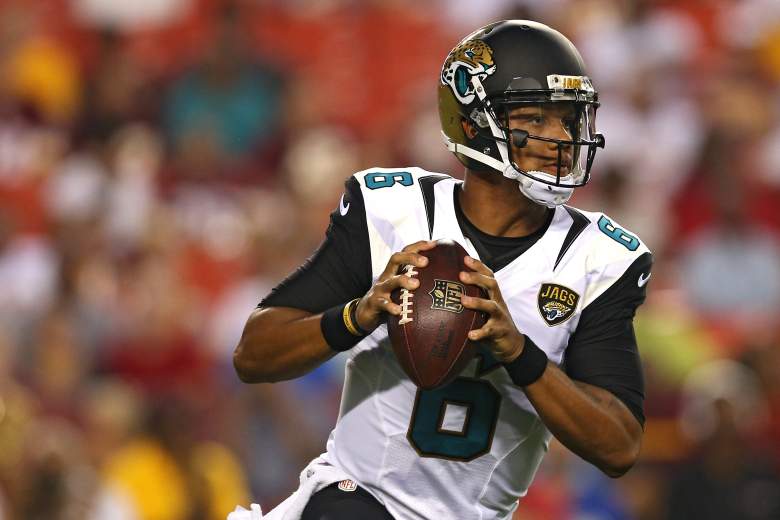 Although his kicker may have given the team its final victory, the story of the Jacksonville Jaguars on Thursday night was backup quarterback Stephen Morris.

Morris, taking over for usual starter Blake Bortles under center, finished 16-of-25 for 160 yards and one touchdown in the final preseason tilt of the year. The Jaguars rushing game was also strong, thanks in large part to Corey Grant whose 40-yard touchdown dash was a highlight of the night. Overall, Jacksonville racked up 120 yards on the ground.

It was also a backup night for the Washington Redskins as Colt McCoy played all 60 minutes for the squad, completing 22 of his 33 pass attempts for 208 yards and one touchdown. Kirk Cousins, who has already been named the week one starter, stayed on the sideline throughout the night as did Robert Griffin III whose future with the Redskins still seems very much up in the air.

Click here for a full box score of the matchup. Both teams begin their regular season campaigns next Sunday.

It got a little dramatic as the Redskins took back the lead midway through the fourth quarter. After first being told he did not break the plane of the end zone, officials overruled the call, notching a three-yard rush for Mack Brown.

The Jaguars Took the Lead Late in the Third Quarter

The Jacksonville backup found Bryan Walters from five yards out for his first touchdown pass of the game with just under three minutes left in the third quarter. At the touchdown drive mark, Morris had thrown for 113 yards on 11-of-20 passing.

The Redskins kept their lead after a 25-yard field goal midway through the second quarter. But while the cushion was slim, Washington’s second-stringers still managed to look good in the final preseason game of the year.

Colt McCoy finished the opening 30 with 119 passing yards and one touchdown, competing 11 of his 16 attempts through the air. Stephen Morris got the start under center for the Jags, taking the place of usual starter Blake Bortles who had been phenomenal during the preseason. Morris went 9-for-14 for 99 yards.

It was Jacksonville’s run game that kept the team in the game early. Corey Grant led the way, racking up 43 yards and one touchdown on just two carries.

The Jaguars sprinted – literally – 80 yards down the field in two plays, thanks in large part to a 40-yard dash by running back Corey Grant. The entire drive took 46 seconds.

Look at all of this turf:

Rashad Ross keeps making his presence known in Washington. The wideout hauled in his fourth touchdown reception of the preseason, a 19-yard catch from Colt McCoy to put Washington up in the final stages of the first quarter.

That list includes quarterback Blake Bortles, running back T.J. Yeldon and just about every person on the Jacksonville roster who has even considered being a starter in the regular season. Meanwhile, here’s where we stand with the Redskins players:

These #Redskins players not expected to play tonight in #JAXvsWAS. pic.twitter.com/IlaVkf64jg

Between the two teams there are 61 total inactives in the final preseason game of the year. 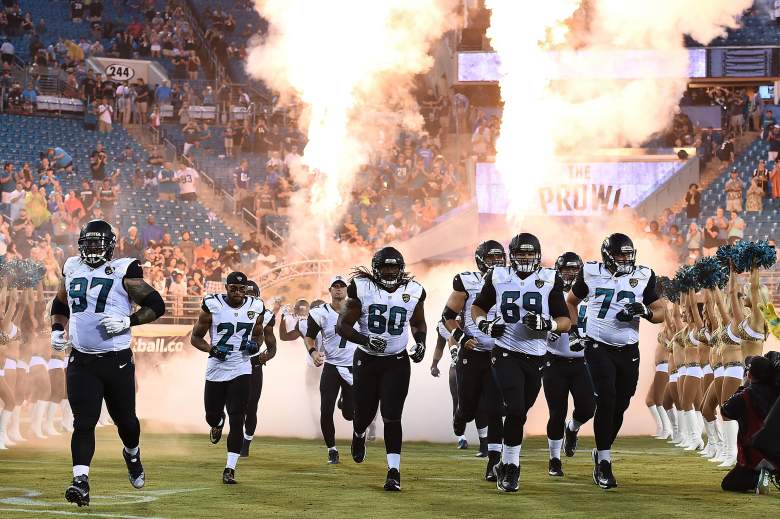 The Jacksonville Jaguars first string, including the offensive line, has looked good this preseason. But how many snaps will they see on Thursday night?

The final preseason game of the year is usually regarded as a bit of a resting period for starters. There’s no need to risk injury when coaches already have a general idea of what their stars are capable of. That might not be entirely true when it comes to the Jacksonville Jaguars.

Coach Gus Bradley said earlier this week he wasn’t quite sure how much time the first-string will play on Thursday night against the Washington Redskins, but added that he may base it all on the total number of plays. Blake Bortles has already seen an extensive amount of time this preseason, 113 snaps total, and has used every one of them to prove he’s looking to avoid a sophomore slump this fall. In other words, Bortles has been good. Don’t be surprised if Bradley rests his QB to make sure he doesn’t get injured.

Meanwhile, for the Washington Redskins, things are a vague mess and that might be putting it nicely. After Kirk Cousins was named the Week 1 starting QB rumors have swirled about Robert Griffin’s future with the team and his name has been linked with nearly every team in the NFL that has even thought about trading for a quarterback this preseason. The Redskins need consistency on Thursday night and they need it desperately. No matter who is on the field, Washington’s players need to show that the mess on this team does not extend to games.