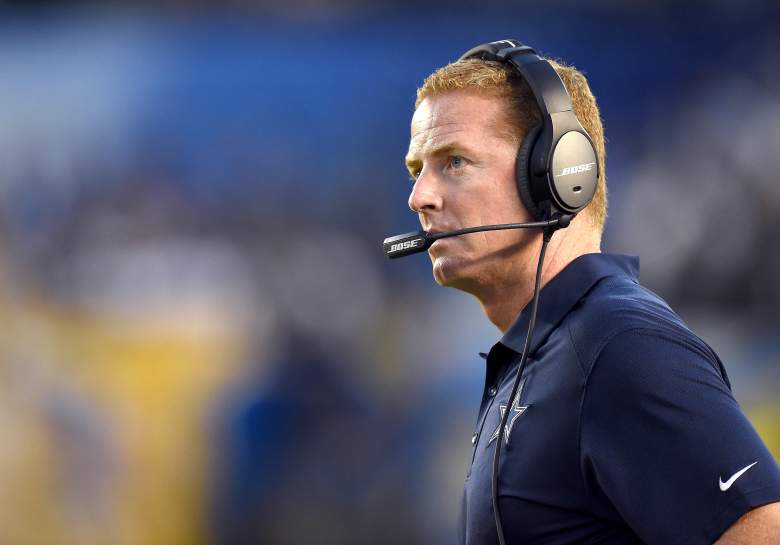 Dallas Cowboys head coach Jason Garrett’s family has been focused on football for nearly 50 years. And that’s not about to change. (Getty)

Every NFL coach in the world will say they grew up around football. They’ve always loved the game. They understand it.

That sentiment is true for just about all of them but it is particularly true for Dallas Cowboys head coach Jason Garrett. The Princeton grad has been surrounded by the game since he could walk, moving in accordance with his father’s coaching career and playing football with his brothers for as long as he can remember. While Garrett’s family is football-focused, his wife is just as impressive, a fellow Ivy League grad who has forged a career in law.

Here’s what you need to know about Garrett’s family and the support system he’s still got in New Jersey: 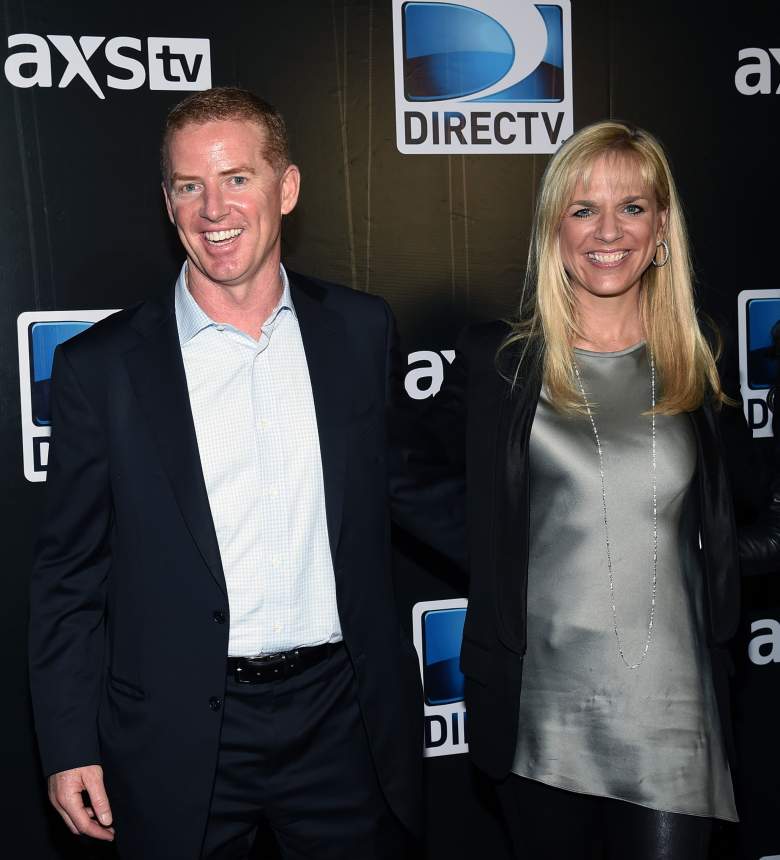 Brill and Jason Garrett first met while they were both students at Princeton University in the late 1980’s. (Getty)

Jason Garrett isn’t the only Ivy Leaguer int his relationship. His wife Brill also attended Princeton, graduating in 1988. Of course, that’s where Jason and Brill met. By the end of his career with the Tigers, Jason was named the Asa S. Bushnell Cup as the Ivy League Player of the Year. He still holds the Ivy League career record for career completion percentage and his single-season record held until 2000 when Gavin Hoffman surpassed him.

After graduating from Princeton, Brill went on to pursue a law degree and the pair tied the knot in 1994.

2. His Father, Jim, Was an Assistant Coach & Scout in the NFL

Who do I thank for my football career? Coach Jim Garrett. He switched me from an abundant amount of WR's to a DB. Thx pic.twitter.com/Lt7KFNuHZ5

The Garrett family lived and breathed football thanks, in large part, to Jim Garrett who spent the better part of his life involved in the game.

Jim played for the New York Giants in 1956, under legends Vince Lombardi and Tom Landry who were both coordinators for the team at the time. He was also an NFL assistant coach for 15 seasons spending time on the sidelines with the Giants, New Orleans Saints and Cleveland Browns. He was also head coach of the Houston Texans of the World Football League and at Columbia University.

Jim, for all intents and purposes, is the reason that Jason understands football the way he does. He’s also his son’s biggest coaching supporter. Jim told the Cowboys website recently:

If I were an owner, Jason is the kind of guy I’d want. He never complains, he works as hard as he can, and at the end of the day, even if he’s fired, Jason is never going to be that guy who says, ‘I was screwed.’ He’s not going to make excuses.

Of course, Jim also has his own ties to the Cowboys. He served as a scout for the team from 1987 to 2004. Throughout the course of his, Jim opened up his expansive backyard in Monmouth Beach, New Jersey and worked out local high school players, including Miles Austin. 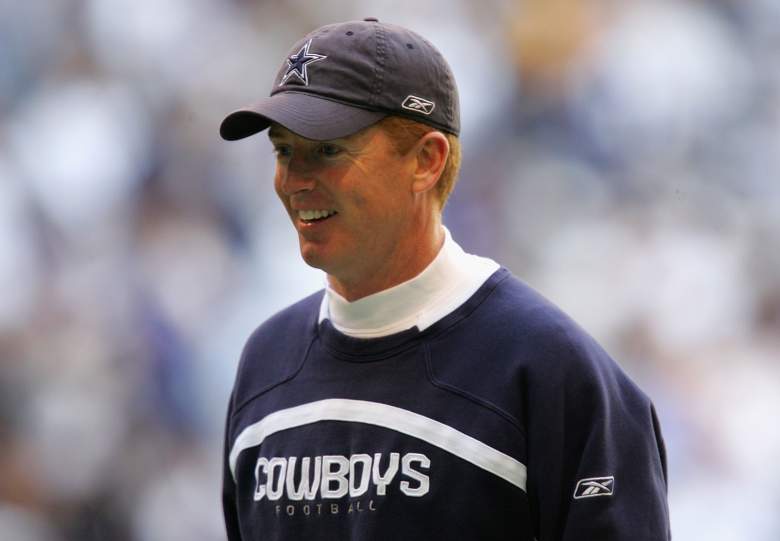 Garrett isn’t the only member of his family to patrol a sideline. Garrett, pictured here in 2008, and his brothers have coached football at some level over the past two decades. (Getty)

It seems to be a trend.

All four of the Garrett brothers have coached football at some level, following in their father’s footsteps.It started with Jim Garrett III who coached high school ball in the Cleveland area for nearly 25 years. Judd Garrett has held a handful of positions across the NFL since 1997, including tight end coach for the St. Louis Rams during the 2006-07 season. He know works as the Cowboy’s director of pro scouting. John Garrett spent the 2014-15 season as the offensive coordinator at Oregon State and has worked in both the NFL and college since the early ’90s.

Then, of course, there is Jason. After retiring as a player, he took over as the quarterbacks coach for the Miami Dolphins in the 2005-06 season under head coach Nick Saban. In January, 2007 he was hired as the Dallas Cowboys offensive coordinator and was named the team’s interim head coach on November 8, 2010 after the firing of Wade Phillips. In February 2011, Jason was named the eighth head coach in Dallas Cowboys history. 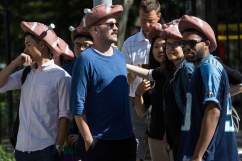 4. The Brothers Also All Played in the World League of American Football

People who continually look for the easy way, end up living a very hard life. JG

In 1991, Garrett started at quarterback for the San Antonio Riders in the World League of American Football. He suffered a separated shoulder in the season opener, keeping him sidelined for several games and was effectively supplanted by Mike Johnson in the lineup.

The future Cowboys coach, of course, went on to an NFL career in Dallas where he was the third-string quarterback behind Troy Aikman on the 1993 and 1995 Super Bowl champion teams.

However, it wasn’t just Jason Garrett that found success as a player on the gridiron. Two of his brothers, John and Judd, also played in the WLAF. Judd made second-team All-World League in 1991 after leading the league n receptions and is the only one of the Garretts who played int he WLAF to have received a World Bowl ring.

5. Garrett’s Parents Have Been Married for Over 60 Years

Jim and Jane Garrett had a reputation for opening up their backyard and offering training sessions for local high school football players. (Twitter)

Jason’s parents are a picture of longevity. That’s not hyperbole or exaggeration. That is, quite simply, the truth.

Jim and Jane Garrett have been married for over 60 years and the pair had eight children, zig-zagging across the country as Jim’s career took them from town to town and city to city. In 15 years, the Garrett family moved 12 times. Jason explained the ties between his family to the Los Angeles Times:

We’ve been really close for a long time. We moved around a lot, so whenever we went to a new place or a new school, we always had each other. So that’s the foundation of our upbringing.

Despite harrowing health issues in 2014 that now keep Jim confined, mostly, to a wheelchair, the couple are still the biggest Cowboys fans around, watching every single game from their New Jersey home. Of course, that home is usually jam-packed with visitors, whether it’s players from the course of Jim’s career, returning to visit their former coach or one of the couple’s 27 grandchildren.