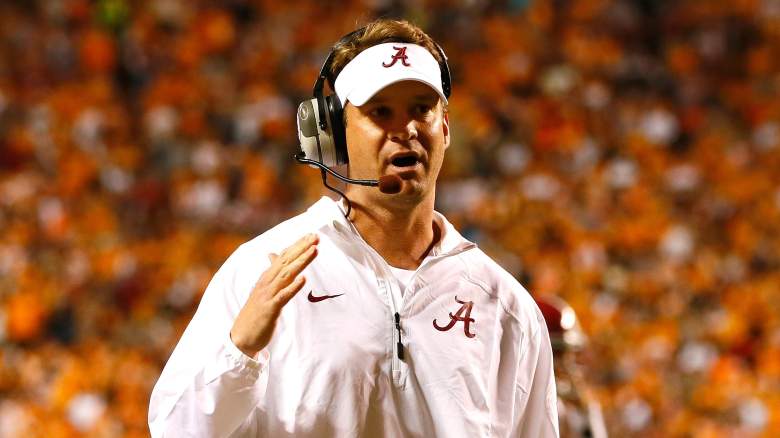 Contrary to popular belief, you can’t always believe everything you read on the internet.

That has been especially true on Thursday, as ridiculous rumors have been flying out of Tuscaloosa, saying that offensive coordinator Lane Kiffin has been involved with an Alabama booster and with Kristen Saban, the daughter of head coach Nick Saban.

Now many are wondering about Kiffin’s future with the Crimson Tide. Is he going to be fired? Will he resign?

The short answer? No.

Jim Dunaway of WIAT42 News addressed the rumors, which have come with no verifiable source whatsoever:

Again, rumors are not news. We (me) will report news when its official. The rest is not worth repeating. So again, no confirmation.

Cecil Hurt of The Tuscaloosa News also chimed in:

It’s tough to know where exactly these rumors started, but it’s not really surprising. Alabama is coming off a home loss to Ole Miss, so there are likely a lot of angry people around Tuscaloosa. What better way to take out your frustration than with an over-the-top rumor that people are likely to sensationalize? The story likely wouldn’t have taken off, but Fox Sports 1’s Colin Cowherd (972,000 followers) and Clay Travis (137,000 followers) were among the people who took to Twitter to discuss the rumors.

For as much flak as Kiffin gets, he has had the Crimson Tide offense rolling since he took over for Doug Nussmeier in 2014. Per Football Outsiders’ advanced metrics, which take into account strength of schedule, Alabama finished with the fifth-most efficient offense in 2014. And thus far in 2015, Alabama certainly hasn’t had too much trouble putting up points, even with some inconsistent play at quarterback.

In other words, until a credible source starts claiming otherwise, Kiffin’s job at Alabama is secure.

Read More
Alabama, College Football, Lane Kiffin
Rumors have swirling that Lane Kiffin's time at Alabama may be coming to an end, but there's no reason to believe those rumors are true.