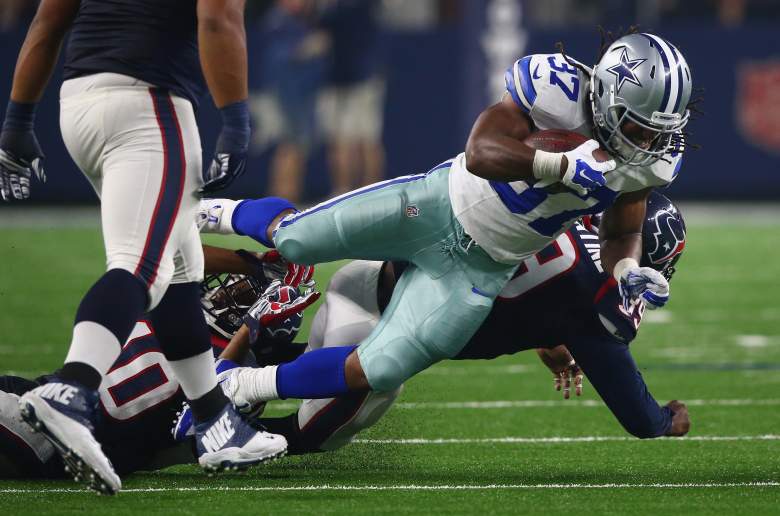 Dallas Cowboys running back Gus Johnson racked up 68 yards and one touchdown as his team grabbed a preseason victory on Thursday night. (Getty)

The Dallas Cowboys, finally, notched their first preseason victory in the final preseason game of the year, staging a fourth quarter comeback over the Houston Texans on Thursday night. It’s been a victory that was a long time coming.

Cowboys get first preseason win since 2013

It wasn’t an easy game for either side though and despite the fairly respectable final scores, neither team did much of anything in the early goings of the matchup. Dustin Vaughan finished 11-for-20 for the Cowboys, racking up 115 yards. Dallas’ first touchdown of the night came on a pick-six of Texans third-string quarterback Tom Savage.

Savage finished the night 18-for-30 for 135 yards, two touchdowns and one interception. He left the game late in the fourth quarter after a nasty hit behind the line of scrimmage. Check it out:

Both defenses, albeit second-string defenses against second-string offenses, were strong, combining to give up just one fourth down conversion on five attempts. Click here for a full box score and then get ready for regular season football next week.

Ben Malena Gave the Cowboys the Lead in the Fourth Quarter

Dallas took back control of the game with 3:14 left in regulation, plowing his way into the end zone with a five-yard run.

The rush capped off an eight-play, 48-yard drive.

Tom Savage continued his up-and-down performance of the night with another up, finding Keshawn Martin from 16 yards out to tie up the game with just over 11 minutes left in regulation. At the time of his touchdown, Martin had hauled in five catches for 31 yards.

The scoring play came after the Cowboys had muffed a punt deep in Houston territory. Kenny Hilliard recovered the ball.

Savage ultimately left the game late in the fourth quarter after taking a particularly vicious hit behind the line of scrimmage. Here’s the play that took him out and a potential diagnosis:

Gus Johnson makes it count with a 21 yard touchdown run

There was nothing and then there was everything all at once.

The Houston Texans came into the final preseason tilt of the year without any turnovers but the squad committed two on back-to-back drives leading to a pair of Cowboys touchdowns. Dallas rookie DE Ryan Russell forced a fumble and after a challenge from coach Jason Garrett, the Cowboys retained possession, taking over on the 21-yard line.

The rest was just running for Johnson.

Corey White, who was cut by the New Orleans Saints for bad ball skills, perfectly read a Tom Savage pass deep in Cowboys territory, picked off the route and ran the ball back into the end zone for the first Dallas touchdown of the night.

The pick six came with just under 12 minutes left in the third quarter.

While it was a good moment for White and another solid move for the Cowboys defense, it was not exactly any of those adjectives for Savage:

It was the first turnover of the preseason for Houston. 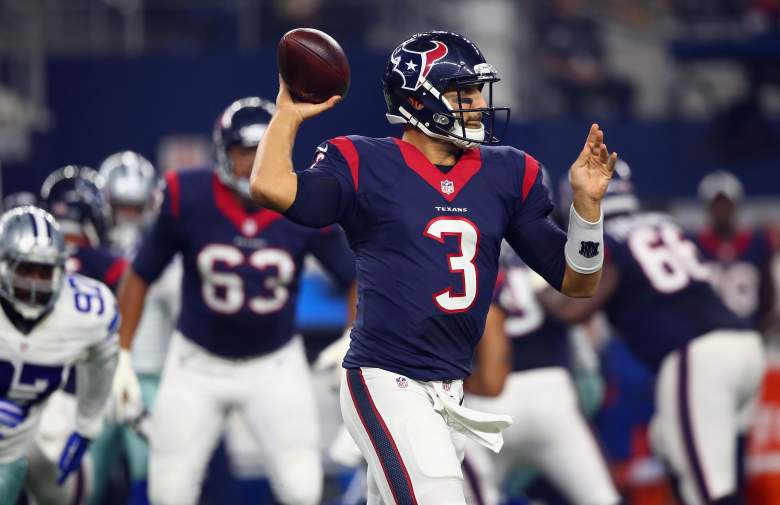 Houston Texans backup quarterback Tom Savage led his team on a late-half touchdown drive for the game’s only points. (Getty)

Let’s just say there was not a lot of offense happening here. Chris Polk scored the only touchdown of the first half with 23 seconds left in the second quarter and that’s about all there really was. There was also some sarcasm:

After a less-than-productive opening 15, Texans third-string quarterback Tom Savage finished the half with 98 yards and one touchdown on 15-of-19 passing. Cowboys third-stringer Dustin Vaughan went 5-for-8 for 59 yards.

If there was a highlight to the overwhelming lack of offense it was the good amount of defense that both sides showed. The Texans stopped Dallas on two fourth down conversion attempts and held the Cowboys to 1-of-5 on third down. Houston went 5-of-9 on third downs and 1-of-2 on fourth down attempts.

Finally. There is offense in this game.

Chris Polk hauled in a 16-yard pass from Todd Saveage in the waning seconds of the second quarter to put the Houston Texans up 7-0 on the Dallas Cowboys.

The Two Teams Combined for 97 Yards in the First Half

First quarter in the books. No score. #TexansGameday

Welcome to week four of the preseason? Rumor has it that there was some football happening in the first 15 minutes of the Cowboys-Texans matchup but the combined box score doesn’t show much of it.

Over four combined first quarter drives, Dallas and Houston combined for 97 total yards and six first downs. If there is a plus side, it goes to the Cowboys whose projected third-string quarterback Dustin Vaughan went 4-of-5 for 44 yards in the opening quarter.

Weeden will not play. Vaughan will start

Branden Weeden for one. The Dallas Cowboys quarterback, who missed the week three preseason tilt with a concussion, will not suit up in week four either. Instead, the squad is set to start Dustin Vaughan under center. 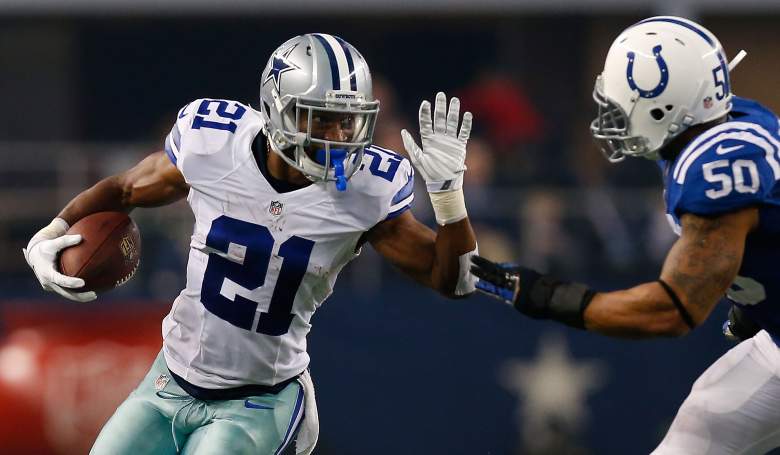 Joseph Randle is one of three different running backs the Dallas Cowboys hope to use as a replacement for DeMarco Murray this season. (Getty)

Who’s going to replace DeMarco Murray? It’s been a question that has plagued the Dallas Cowboys throughout the preseason and one that, if the team has answered, they certainly haven’t shared.

The plan has always, it seemed, been to replace Murray by committee. After all, it’s tough to find just one player who can take over as the league’s leading rusher and carry the ball as many times as Murray did last season. But so far this year that committee hasn’t done much to impress. Joseph Randle leads the pack with 45 yards on 13 carries in two preseason games and there have already been calls for Dallas to sign recent-cuts Fred Jackson or Trent Richardson.

Still, the Cowboys appear to be content with their committee and will be when they square off against the Houston Texans in the final preseason game of the year.