Malik Zaire hopes to have a great season with the Irish. -Getty

It is a matchup steeped in college football tradition as Texas travels to South Bend to take on Notre Dame. Notre Dame enters the season with high expectation as the teams is expected by some to compete for a spot in the College Football Playoff. Texas Head Coach Charlie Strong has struggled to turn things around at Texas as quickly as many expected he would. The Longhorns are coming off a 6-7 record last season.

Saturday will mark the beginning of the Malik Zaire era at quarterback for Notre Dame. Last season, Everett Golson was the starting quarterback for the Irish. However, Zaire played in the bowl game against LSU and played well. Golson transferred over the offseason, but many believe Zaire would have won the starting position regardless.

The game will kick off on NBC, Notre Dame’s official broadcasting partner, at 7:30 ET. 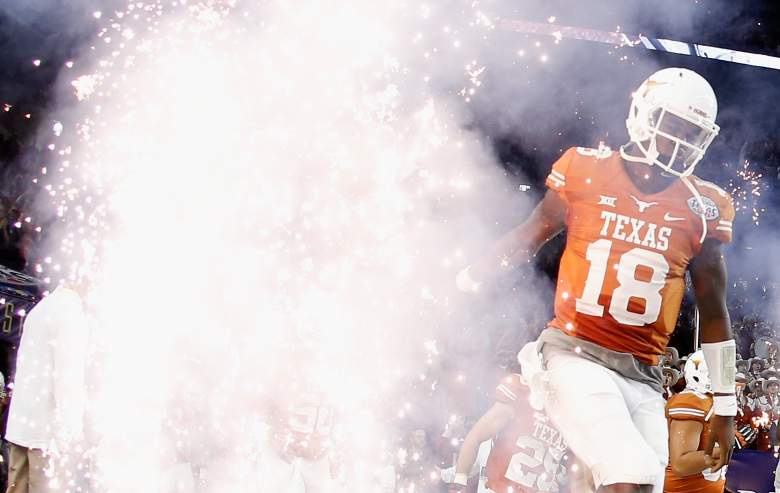 Tyrone Swoopes is back for Texas. (Getty) 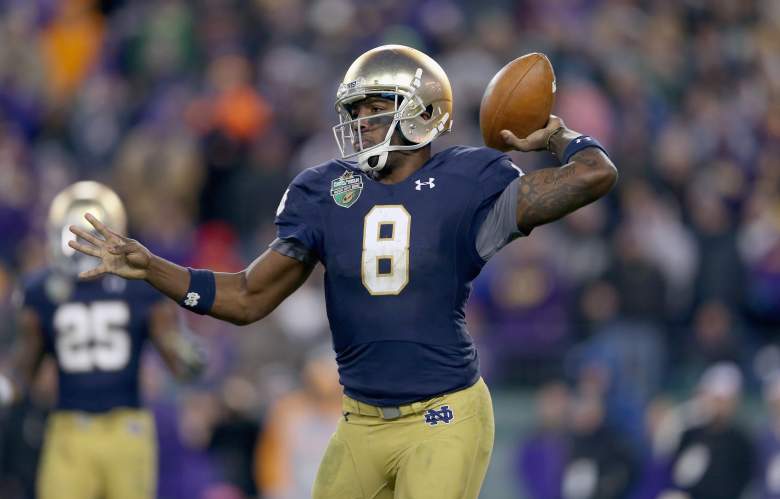 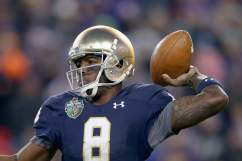 Read More
College Football, TV
Texas heads to South Bend to take on Notre Dame for the start of the season. Find out how to watch the game live on your phone, tablet or computer.