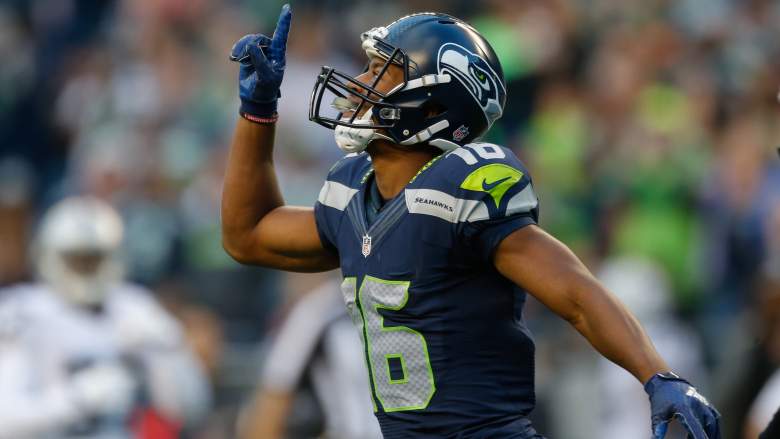 The Seattle Seahawks really like rookie wide receiver Tyler Lockett. And you should too.

Back in May, the ‘Hawks, a team that has typically valued draft picks in the Pete Carroll and John Schneider Era, traded a fourth, fifth and sixth-round pick to Washington just to move up 26 spots and grab the jitterbug receiver/returner from Kansas State. It didn’t take long for him to make it look like a good move.

Lockett, who has received praise from Carroll and is expected to play a significant role not only as a returner but as a wide receiver, is someone who needs to be owned in all formats due to his upside. His quickness, route-running ability and refinement as a rookie are extremely rare, and Seattle is going to find ways to get him as many touches as possible

Against the Rams in Week 1, however, it’s best to play the wait-and-see game if you can. His role is still undefined, St. Louis has a very good defense and this is expected to be one of the lowest scoring games of the week. Again, make sure Lockett isn’t on the waiver wire, but keep him on your bench for now.

As far as daily leagues, the explosive rookie is a rock-bottom $3,000 for DraftKings’ Millionaire Maker contest. With such little risk, he’s a very intriguing play if you’re looking to hit a cheap home run. There is pretty much no one at that price who offers the same kind of upside as Lockett, who has shown he can take it to the house any time he touches the ball.