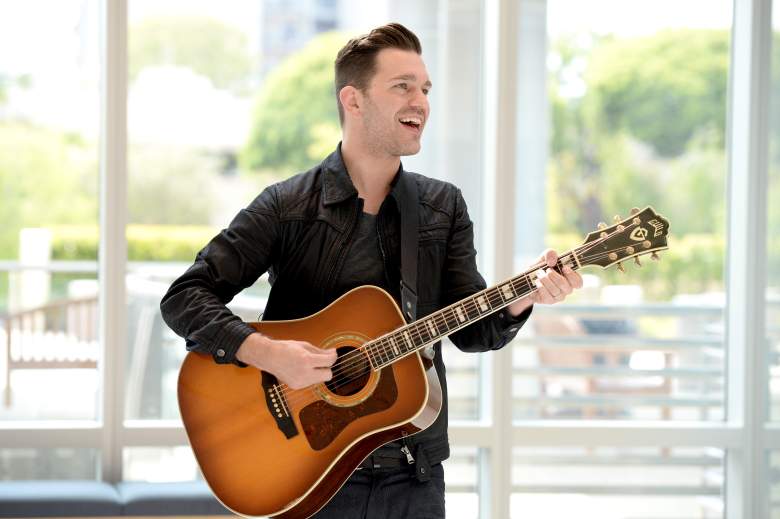 Singer-songwriter Andy Grammer will perform the National Anthem ahead of Game 1 of the World Series on Tuesday night. (Getty)

Andy Grammer is taking a break from the dance floor and heading to the baseball diamond on Tuesday night.

Major League Baseball announced that the pop singer-songwriter will perform the National Anthem at Game 1 of the World Series on Tuesday as the New York Mets and Kansas City Royals square off.

Grammer, whose hit song “Honey, I’m Good” peaked at No. 9 on Billboard’s Hot 100 chart, is currently competing on ABC’s “Dancing With the Stars.”

The popular singer was a standout in last week’s episode of the long-running hit, performing with partner Allison Holker on a retooled version of “Good Morning” from Singin’ in the Rain. The pair earned straight 10s from the judges and guest judge Olivia Newton John had this to say about the performance: “I actually danced with Gene Kelly, annd I’d be happy to dance with you any time.”

Grammer will re-release his 2014 sophomore album, “Magazines or Novels,” on November 20 with four new tracks.

This is the first time Grammer will perform the National Anthem on such a big-time stage. So, no pressure or anything.

First pitch for Game 1 of the World Series is slated for 8:07 p.m. ET and will be nationally broadcast on FOX.