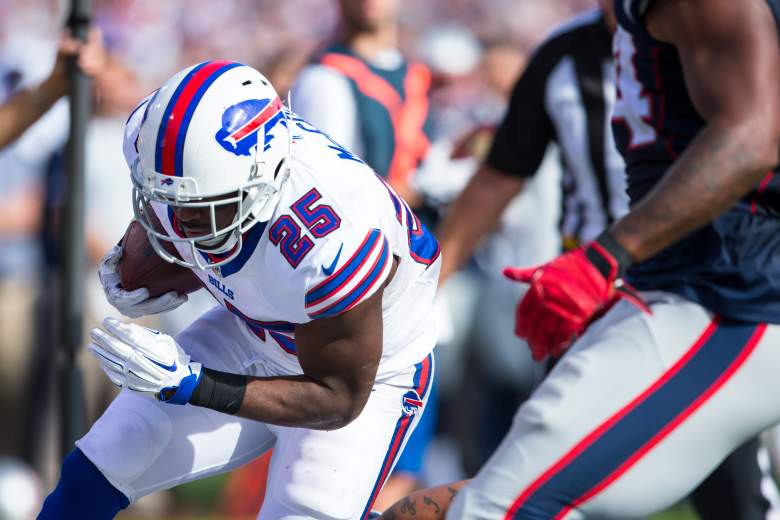 LeSean McCoy will return to action on Sunday. (Getty)

A pair of teams above .500 meet in Buffalo on Sunday as the Bengals and Bills meet at Ralph Wilson Stadium. The Bills have played a home-heavy schedule to start 2015, and a win over the undefeated Bengals would cap a crucial stretch to begin the season.

The Bengals are still undefeated after a stunning comeback against Seattle last week, and will face a backup quarterback in Week 6 as EJ Manuel will get the start for Buffalo as Tyrod Taylor nurses a knee injury.

The game kicks off at 1 p.m. and can be seen on some local CBS networks. Click here for a coverage map and keep it here for live updates and highlights of the game:

Shady McCoy is back on the field breaking ankles! #CINvsBUF pic.twitter.com/c8Kl0Vg8hI

After missing the last few games with a hamstring injury, LeSean McCoy had a long run early in the game for the Bills. Buffalo would take a 7-0 lead on a short touchdown run by EJ Manuel.

Struggling to run the football between the tackles, second-year running back Jeremy Hill caught a swing pass from Andy Dalton and made several defenders miss on his way to the end zone.

Giovani Bernard Gave the Bengals the Lead in the 2nd Quarter

Giovani Bernard continued his outstanding start to the season with this explosive run in the red zone to give Cincinnati the lead. A field goal would make it 17-7 Bengals in the second quarter.

Tyler Eifert caught this throw from Andy Dalton to increase the Bengals lead to 31-14 late in the third quarter. A field goal made it 34-14 before McCoy scored from short range to cut the margin back to 34-21. 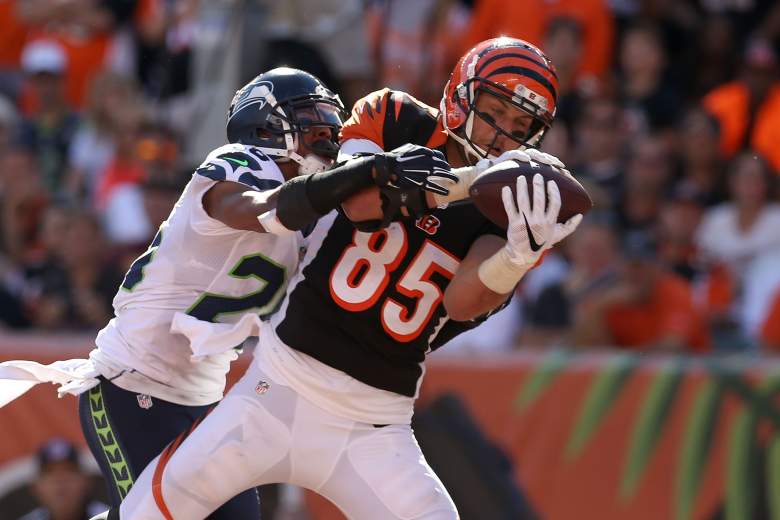 Tyler Eifert has become a huge weapon for the Bengals in 2015. (Getty)

The Bengals will look to match their best start in franchise history when they visit Buffalo to take on the Bears on Sunday afternoon.

Cincinnati has started 6-0 twice in franchise history; the last time resulting in a Super Bowl appearance in 1988. Though that is far away, the club has to be encouraged by the play of quarterback Andy Dalton.

Dalton is off to a stellar start in 2015, completing 67.5 percent of his passes for 1,518 yards and 11 touchdowns. With just two interceptions so far, Dalton is limiting his mistakes that have often defined his career.

He will look to avoid making them against a Bills defense that has been up-and-down this season. Buffalo is 13th in points allowed and 16th in yards allowed, and has just nine sacks in five games from its vaunted pass rush.