An escort has claimed in her new book and in television interviews that she and others, including her two daughters, were paid thousands of dollars and given tickets to basketball games in exchange for sex with University of Louisville players and recruits.

Katina Powell, 42, alleges in the book, Breaking Cardinal Rules, that she attended more than 20 sex parties inside the basketball players’ dorm at Louisville between 2010 to 2014. She says the parties were arranged by former director of basketball operations and graduate assistant Andre McGee, who is also a former player at the school.

Five former players and recruits told ESPN’s “Outside the Lines” that they attended the parties.

“I looked in those young faces, and their eyes reflected their fear and loss of innocence. (We’ve) done so many recruits, it is sickening,” Powell said in a press release promoting the book.

1. Powell Says McGee Set Up ‘Side Deals’ for the Women to Have Sex With Players

Katina Powell, right, with her daughter, Rod Ni Powell, in a photo her daughter posted to Facebook on September 15, 2012, from inside the University of Louisville basketball dorm. (Facebook)

Powell told ESPN’s “Outside the Lines” that during the second stripping party she had at the players’ dorm, Andre McGee asked her if some of the dancers would have sex for money.

“He asked me, ‘Is there any girls that want to make extra money,’ pretty much a side deal with the players. … So I asked the girls and their eyes lit up like, ‘Well, yeah,'” Powell told ESPN. “… ‘Side deals’ were sex, and if they [the dancers] wanted to make extra money, that’s what the ‘side deal’ was, sex.”

“The recruit would pick out what girl he wanted. Andre would come to me, tell me what girl the recruit wanted, and I would tell the girl and she would say her price,” Powell said.

She says McGee paid her about $10,000 during the four-year period.

2. The Book’s Details Come From Journals & Text Messages She Kept During the 4-Year Period

According to a press release promoting the book, Powell based it on five journals she kept with “details of her escort escapades, sexual encounters, murdered relatives and activities at the University of Louisville. Most of the U of L services she provided took place in the men’s dormitory where basketball players reside. Her main contact and the man who paid for her services–the school’s former director of basketball operations and former graduate assistant, Andre McGee–kept Powell and her girls busy from 2010 to 2014. She has hundreds of text exchanges with him to set up her services as well as pictures of her girls with players and recruits.”

One of the photos Powell claims to have kept was posted on Twitter by her book publisher:

Breaking Cardinal Rules includes pix of dancers/escorts with players at what author says is #UofL dorm. Here's one. pic.twitter.com/CB2FHk3Yan

She co-authored the book with investigative journalist Dick Cady.

You can buy the book, Breaking the Cardinal Rules, here. 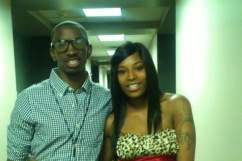 One of the players interviewed by ESPN, who spoke anonymously, described the parties as being like a strip club.

“I knew they weren’t college girls. It was crazy. It was like I was in a strip club,” the player, who did not attend Louisville, told “Outside the Lines.”

A former player who said he had sex with one of the women told ESPN that Andre McGee gave him one-dollar bills for the dancers, and then paid one of them to have sex with him in a separate room.

Another player told ESPN, that McGee “would give us the money, just the recruits. A bunch of us were sitting there while they danced. Then the players left, and the recruits chose which one [of the dancers] they wanted.”

Some of the players named in Powell’s book have denied the allegations.

Montrezl Harrell told the Houston Chronicle, “I don’t know anything about it,” Harrell said. “I didn’t too much stay at the dorm. I stayed off campus. I had a girlfriend off campus. … It was pretty shocking that took place, if it did. I’m right there with Coach [Pitino], as shocked as he is.”

Powell’s daughter, Rod Ni Powell, told ESPN that she was paid for sex with Harrell, who is now playing for the Houston Rockets in the NBA. 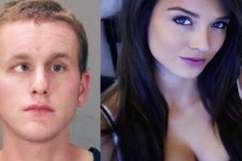 4. McGee Is Working for a New School & Has Been Placed on Administrative Leave

McGee, 28, was a Louisville player from 2005 to 2009. After his playing career ended, he became a graduate assistant, a position he held from 2010 to 2012, according to his biography on the Louisville website. He then was hired as the team’s director of basketball operations in 2012.

The Moreno Valley, California, native moved on to the University of Missouri-Kansas City last year. The school has placed him on administrative leave pending an investigation into the allegations. UMKC head coach Kareem Richardson said in a statement on October 5:

The allegations reported yesterday are a matter of serious concern. Like many, I am eager to learn the results of the investigations underway by UMKC, Louisville and the NCAA but we all need to allow the process to run its course without interference. In the meantime, our coaches and student-athletes are focused on academics and basketball as the season gets underway. We have promoted Director of Basketball Operations Conner Hampton to Assistant Coach on a temporary basis while Andre is on administrative leave. To keep our focus on school and basketball, we will not have further comment at this time.

Louisville Athletic Director Tom Jurich told reporters at an August press conference, “I’m not going to turn my back on Andre McGee. He’s done a terrific job for us here as a player and a coach and I’d be shocked if he was in any way involved with something like this.”

McGee has hired a lawyer and has not commented publicly.

5. Hall of Fame Head Coach Rick Pitino Has Denied He Knew About the Parties

Head Coach Rick Pitino has denied Powell’s allegations that he knew about the parties.

Powell told ESPN that she believes Pitino knew. She says she once asked McGee if the head coach was aware of what was going on, and he replied, “He’s Rick. He knows about everything.”

She said it’s hard to imagine Pitino didn’t know. “Four years, a boatload of recruits, a boatload of dancers, loud music, alcohol, security, cameras, basketball players who came in [to the dorm] at will …”

The coach also addressed the allegations at a press conference in August when they first emerged.

“I’m heartbroken that under my watch that anything like this could ever happen,” Pitino said. “We’re all very involved in this program and not one of us have ever heard one word about this. That bothers me. I can’t say what’s true and not true. But I can say as soon as we found out, within minutes the NCAA was called.”