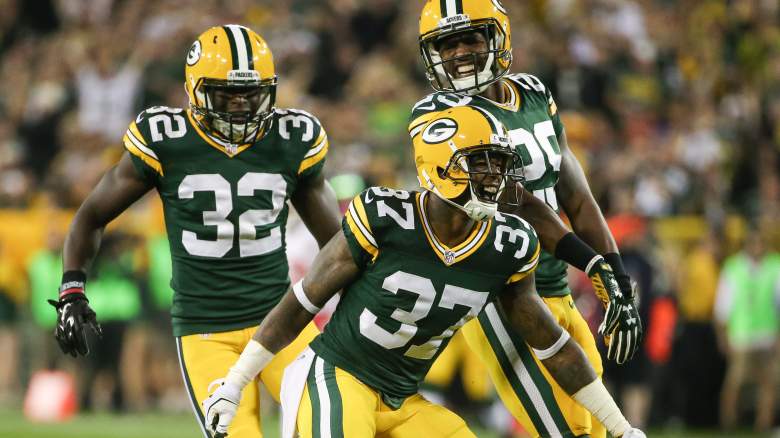 The Green Bay Packers and San Francisco 49ers are at opposite ends of the NFL hierarchy right now.

Green Bay is 3-0, already boasting an impressive win over the defending NFC champion Seattle Seahawks and a dominant performance against a Kansas City Chiefs side that won nine games a season ago. The 49ers, on the other hand, are 1-2 and have been outscored by a ludicrous 65 combined points over the last two weeks.

Oddsmakers expect San Francisco’s blowout tendencies to continue for a third straight week on Sunday, as the Packers–on the road–are favored by nine points with an over/under of 48.5.

One look at the quarterbacks on each sideline, and it’s easy to see why the spread is so large.

Aaron Rodgers, even with Jordy Nelson out for the season and Davante Adams banged up for most of the past two weeks, has continued to prove why he’s the best quarterback in the league. He leads the NFL in touchdown passes (10), touchdown percentage (11.0), interceptions (0), adjusted yards per attempt (10.7) and QB rating (135.4). With the 10-year veteran leading the way, Green Bay is 3-0 against the spread and has hit the over twice.

Conversely, Colin Kaepernick threw four interceptions and two pick-sixes last week. His two passing touchdowns on the season both came in garbage time against the Pittsburgh Steelers, and he is 32nd in the NFL in adjusted yards per attempt (4.7). San Francisco is 1-2 against the spread, but thanks to a couple of dreadful defensive performances, they’ve hit the over twice.

All of that said, I would be careful with this game. It’s a short week for the Packers, they have to travel to the west coast, and the ‘Niners could have a good chance at controlling the clock with Carlos Hyde going up against a run defense that ranks dead last according to Football Outsiders’ efficiency metrics and dead last in yards per rush attempt allowed (5.0).

Ultimately, the Packers offense against the ‘Niners defense is far too big of a mismatch to bet against, but this may end up being a lot closer than people expect. 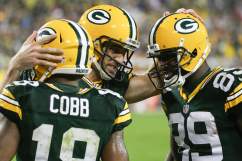