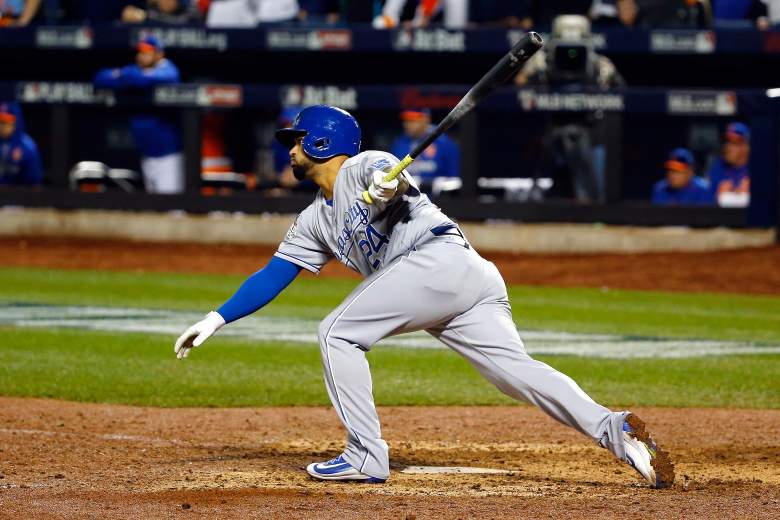 Christian Colon made his postseason moment count in the 12th inning of Game 5 of the World Series. (Getty)

The Kansas City Royals shortstop didn’t have a postseason at-bat to his name coming into the top of the 12th inning in Game 5 of the World Series. So, naturally, he connected on the go-ahead run.

The Royals added another run in the top of the inning – Colón scored – and won their first World Series title since 1985. It’s time to find out who Colón is. Here’s what you need to know:

1. Colón Scored on an RBI Double After Connecting on His Go-Ahead Hit

Escobar with an RBI double. #Royals up 4-2 after @C24Colon runs it in. #WorldSeries #postseason pic.twitter.com/ns5wKQa4AB

Colon wasn’t done making noise even after his RBI in Game 5 with a run of his own as Alcides Escobar connected on an RBI double two batters later.

The Royals broke out the bats in that 12th inning, breaking the game open with five runs as Kansas City’s dominant offense showcased its best assets. It also made some more history:

2. He Was Drafted by the San Diego Padres in 2007 But Elected to Play at Cal State Fullerton

After graduating from Canyon High School in Anaheim, California, Colon was drafted in the tenth round of the 2007 MLB Draft by the San Diego Padres.

However, instead of opting to turn pro directly out of high school, Colon decided to head to college and competed with California State University, Fullerton. He was an All-American shortstop during college.

In his final college season, Colon recorded 16 home runs, 18 doubles and 67 RBI while leading Cal State Fullerton to a spot in the NCAA Super Region. Colon also played for Team USA’s Collegiate national team between his sophomore and junior year and was named team captain. He led the team with 34 hits, five homers, 37 RBIs and 24 stolen bases. 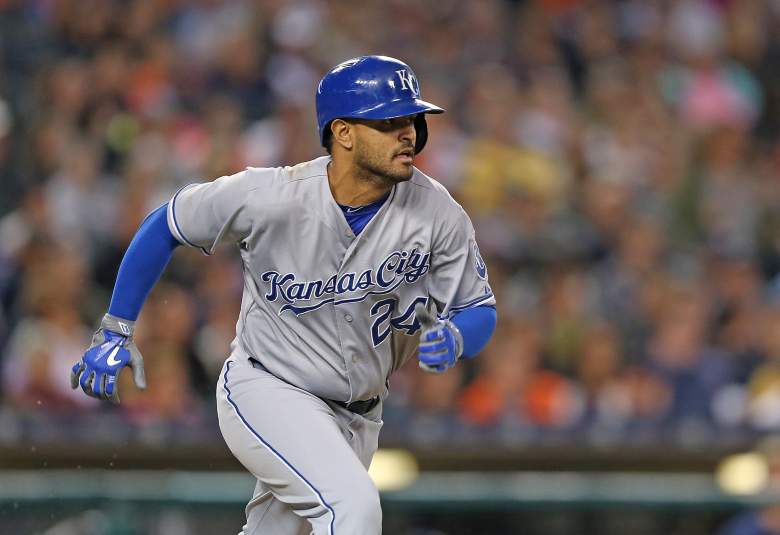 Colon was hyped up as one of the Royals most exciting prospects when he was drafted in 2010. (Getty)

Colon was drafted, for the second time, in 2010, selected with the No. 4 overall pick by the Royals in the 2010 draft. The team publicly said that he would remain a shortstop at the time with the team’s assistant general manager of scouting/player personnel, J.J. Picollo saying:

He’s a shortstop. He has been his whole life. Obviously, he’s like most shortstops and spent some time at second base, but we selected him because he’s a shortstop and, in our opinion, the best in the country. We’ve scouted him back to high school. He’s a tremendous makeup guy, a tremendous leader, and everywhere he’s been, he’s been part of winning programs.

At the time of the draft, the Royals said they envisioned Colon as someone “similar to the way Derek Jeter plays.”

Colon made his debut in the big leagues in 2014 and started the 2015 season playing as a second baseman for the Royals.

4. Colón Also Drove in the Game-Tying Run in the 2014 Wild Card Game

Monday night/Tuesday morning wasn’t Colon’s first brush with big-time moments at the plate. In fact, just last season he notched his first impressive hitting performance when he scored the game-tying run in the Wild Card game to score Salvador Perez.

He went on to score the game-winning run to defeat the Oakland A’s 9-8.

5. He Was Demoted to Triple-A This July

The #Royals have sent Christian Colon down because they "want him to play every day." That's the reason I was told last night.

The Royals optioned Colon this July to AAA Omaha after he notched a .244/.306/.295 line in 86 plate appearances. The first round pick had struggled in the big leagues since his first appearance in 2014 and had a hard time staying in the Kansas City starting lineup.

Colon made just four starts since the beginning of June before he was sent back down to the minors.

Kansas City brought Dusty Coleman up the majors to replace Colon on the roster.